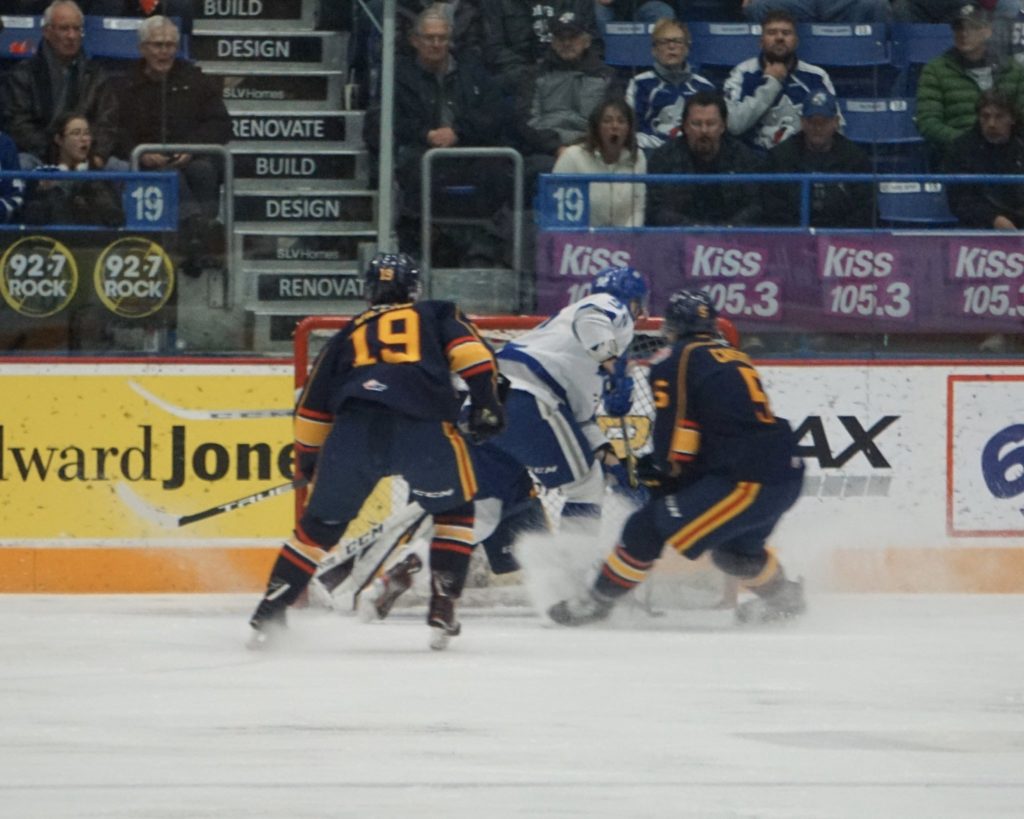 The Barrie Colts were on the road today for an important central division matchup against the Sudbury Wolves.

Jet Greaves got the start in goal.

In the first period it was Blake Murray opening the scoring, giving Sudbury a 1 -0 lead. Just under 30 seconds later, Tyson Foerster responded to tie the game on the powerplay. Tyler Tucker and Nathan Allensen got the assists.

Victor Hadfield would strike next to give the Colts a one goal lead. Tyson Foerster and Luke Bignell got the assists. Shortly after that it was Blake Murray again for Sudbury to tie the game at 2’s.

There was no scoring in the third period, so this one needed overtime.

Kalle Loponen scored the winner for the Wolves 1:44 into the extra frame.

The Colts are back in action tomorrow night against the Hamilton Bulldogs.