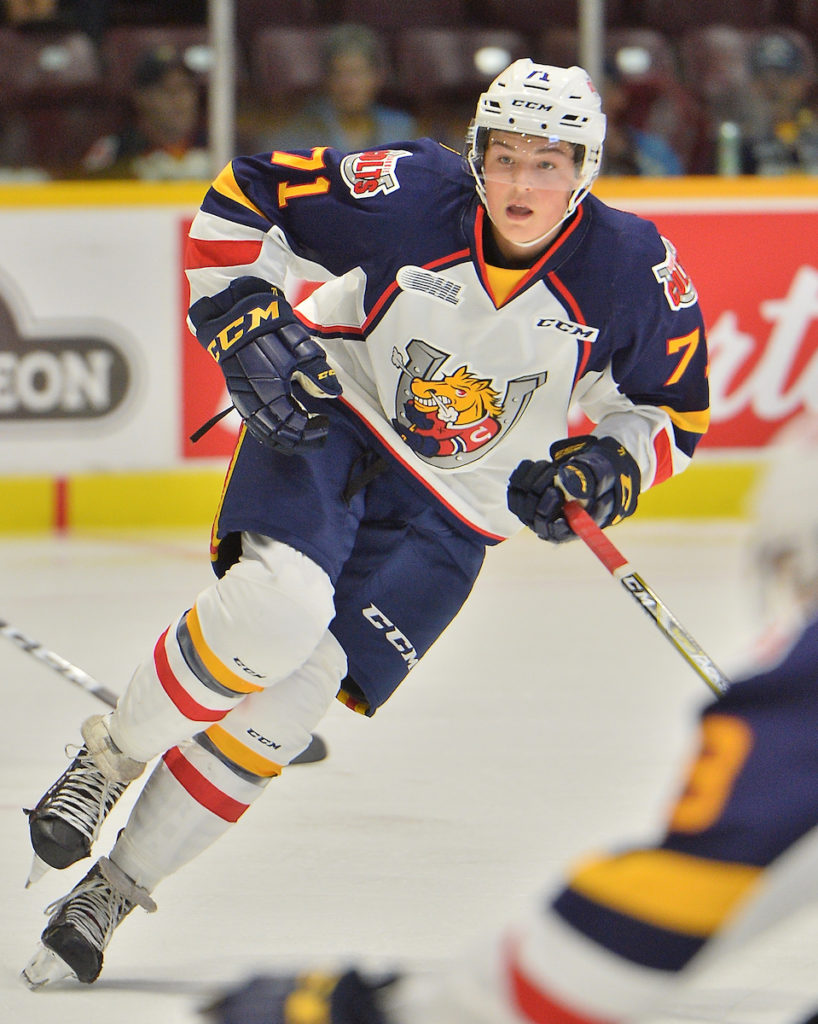 The Barrie Colts were back in action Friday night on the road against the Kitchener Rangers.

Newly signed goaltender Matteo Lalama got the start in net for the Colts.

In the first period the Rangers got on the board first with Langdon finding the back of the net. There were quality chances going both ways throughout the period, but it was the Rangers that struck again in the last minute of the period with Xhekaj burying that one to give the Rangers a two goal lead.

The second period had the Colts on the board twice, both courtesy of Tyson Foerster. Foerster’s first goal was scored on the powerplay with assists coming from Riley Piercey and Brandt Clarke. Foerster scored again later in the period unassisted to tie the game up at 2, but shortly after that Kitchener re-claimed the lead off the stick of Valade to end the period ahead 3-2.

The third period had lots of action coming from both sides, with Kitchener’s Ottavainen scoring just over a minute into the frame. Answering for the Colts was Foerster, completing the hatrick to keep the game within 1. Sam Rhodes picked up the assist on that one. Less than a minute later it was the captain Jason Willms netting his first of the pre-season, with assists coming from Brandt Clarke and Tyson Foerster, tying the game up at 4. At the midway point in the third period it was Ottavainen scoring for Kitchener again, but this time on the powerplay, giving the Rangers a one goal lead with 8 minutes remaining. Just over a minute after the Colts responded with a Piercey goal, assisted by Foerster. With 4 minutes left, Kitchener’s Petizian scored the game winner and the final score was 6-5 for Kitchener.

Tyson Foerster had 5 points in the loss.

The Colts are back in action Saturday night at home for the final game of the pre-season against the Kitchener Rangers.