Colts Fall Short Against the Sting 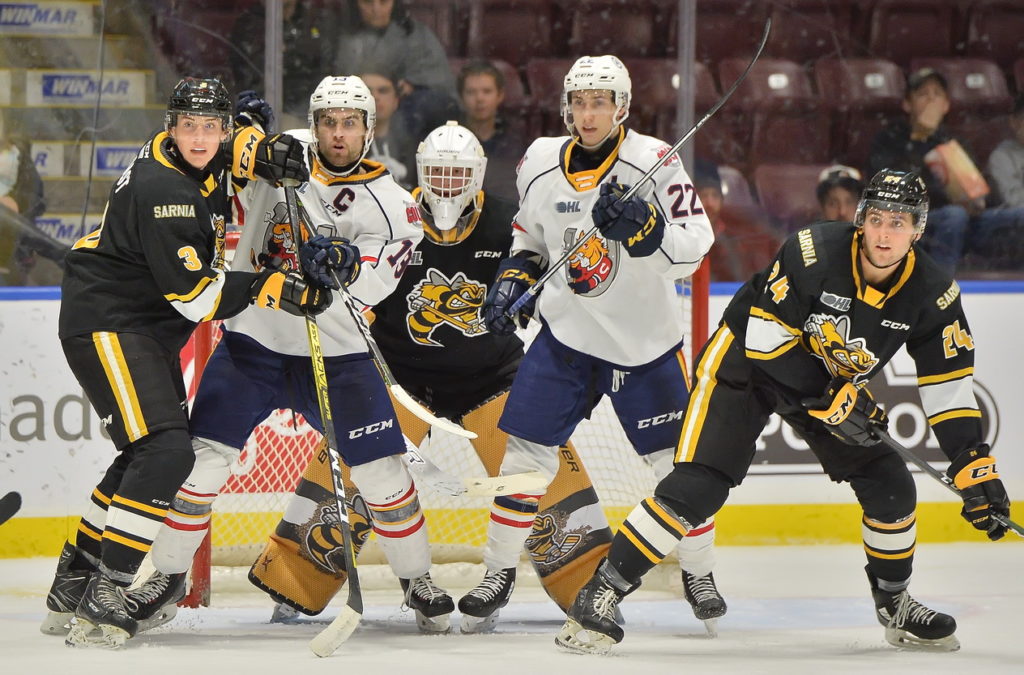 The Barrie Colts (5-2-0-1) were back in action tonight at home against the winless Sarnia Sting (0-7-0-0). The Colts and Sting last met on October 4th in Sarnia, where the Colts won by a score of 6-4. It was the first of three games in three nights this weekend. Jet Greaves got the nod in goal.

In the first period it was Tyler Tucker opening the scoring on a breakaway passing play with Ryan Suzuki. Tyson Foerster picked up the second assist on Tucker’s first goal of the season. The Sting answered on a 4 on 3 powerplay with newly acquired Ryan Roth burying one assisted by Jacob Perreault and Sean Josling. The period would come to a close tied up at one a piece.

There was little action in the second period until the last 30 seconds of play, which saw Sarnia score twice. With 24 seconds left it was Josling on the powerplay from Jamieson Rees and Ryan Roth. Less than 10 seconds later it was Rees scoring a breakaway, assisted by Ryan Mast and Kelton Hatcher. The second period ended with the Sting up 3-1.

Early in the third period it seemed like Brandt Clarke had scored his first OHL goal, but after review of the play it was determined that the puck never fully crossed the line and was waived off. Immediately after that, Josling struck again for Sarnia making it 4-1, assisted by Roth. Next for Sarnia it was Calvin Martin scoring from the slot, assisted by Jamieson Rees and Justin Nolet.

The Colts are back in action tomorrow night against the Sudbury Wolves.