Colts Fall Short Against the Attack 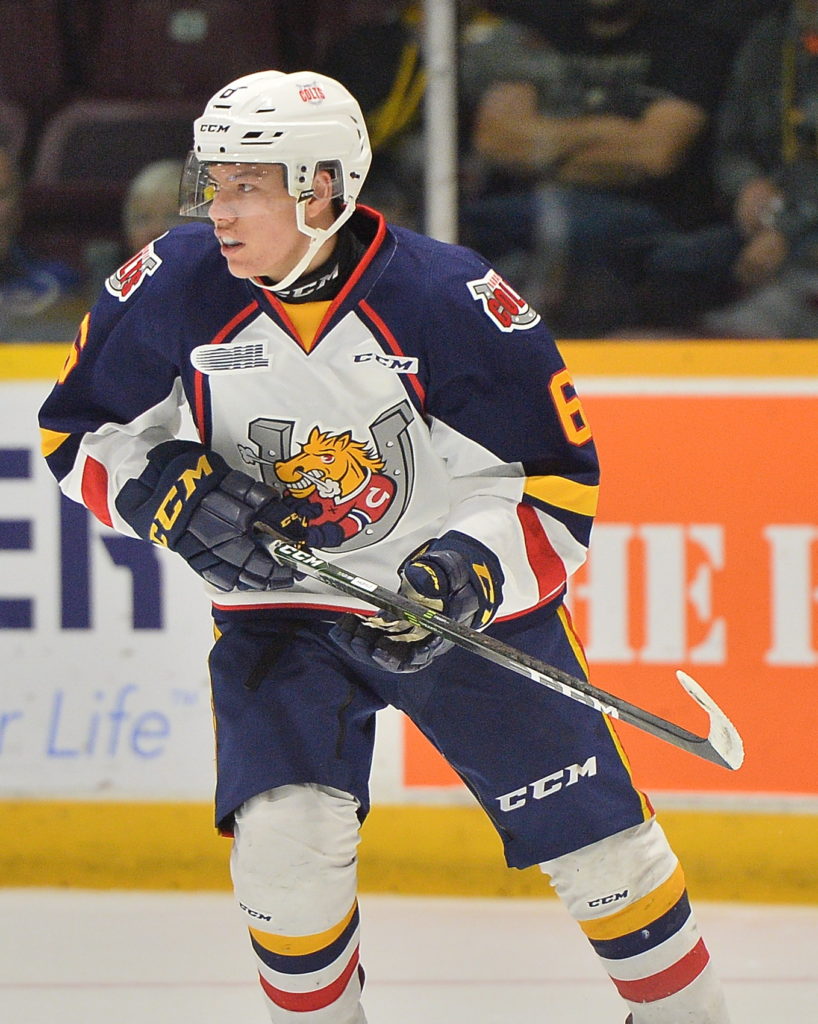 The Colts were back in action for the second game in as many nights to take on the Owen Sound Attack in OHL pre-season action. The Colts headed into the game with a 2-0 record in the pre-season so far.

The first period had the Colts run into some penalty trouble, going down short-handed four times. They managed to kill off three of them but Owen Sound’s Kaleb Pearson capitalized on one 11 minutes into the frame. Jet Greaves stood tall throughout the period making multiple highlight reel saves.

Lots of action in the second period starting with the rookie, Brandt Clarke scoring his 4th of the pre-season on a beautiful shot from the low slot. Victor Hadfield and Dalton Duhart assisted on the goal. Owen Sound answered with a goal from Joshua Samanski. Shortly after, the Colts struck back again courtesy of Trey Zagrzebski on a tap-in from a Hadfield pass after a beautiful rush. Momentum swung back Owen Sound’s way with two back-to-back goals first from Griffin Wilson and then Barret Kirwin. The Colts kept battling and scored in the last minute of the period on the powerplay with Matej Pekar netting his first of the pre-season. Nathan Allensen and Jacob Tortora collected assists on the goal to wrap up the second period trailing the Attack 4-3.

Tyler Tucker left the game and did not return with a possible lower-body injury.

The third period was uneventful in the goal column but was still full of excitement. Great chances on both ends of the ice and multiple powerplays for each side. Animosity grew as Nathan Allensen and Kirill Nizhnikov dropped the gloves late in the period. Then it was the Colts on the powerplay with under a minute to go and the net empty but couldn’t score.

Owen Sound held on to secure the victory by a score of 4-3.

Assistant Coach Todd Miller said the Colts played hard out there after a long stretch of action with almost no breaks throughout training camp and the pre-season so far. Miller went on to say that with a longer break in between games now and time to work on some more systems in practice, the Colts will be ready to battle and win in the next one.

The Colts are back in action on September 12th at home against the Niagara IceDogs.