Colts Fall Prey to the Wolves 4-3 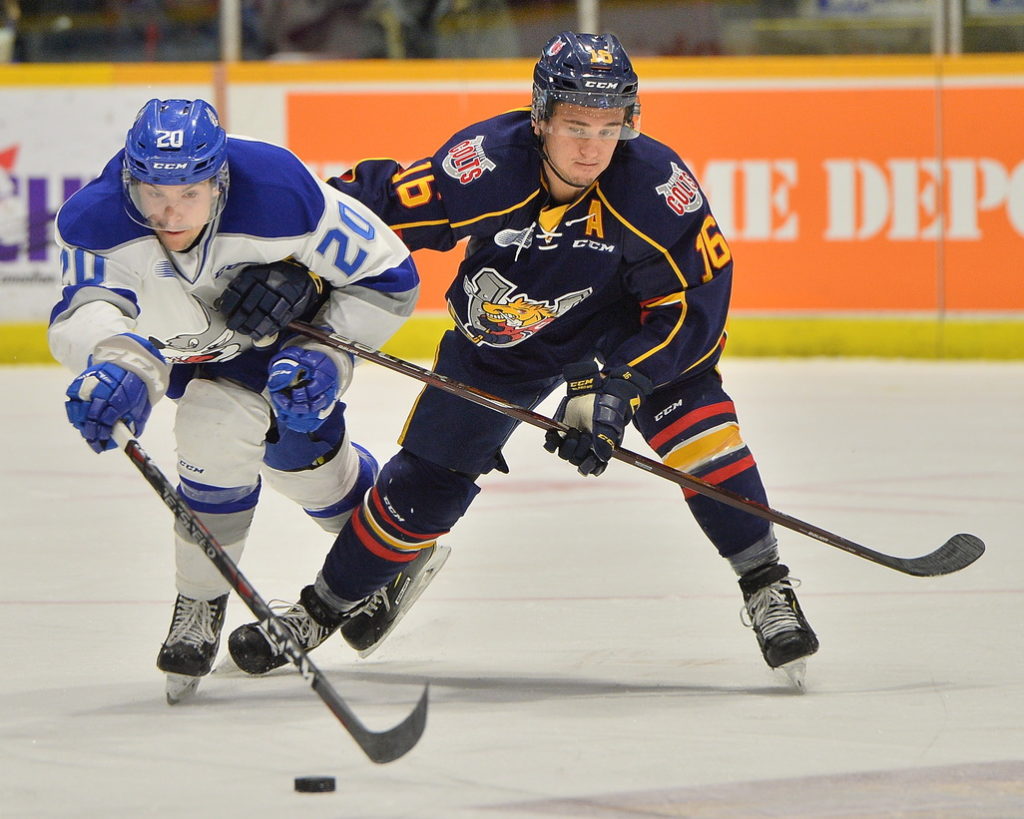 Despite a show of resilience in the third period, the Barrie Colts would fall short of the win as Sudbury’s Shane Bulitka’s two goal performance sealed their fate with a 4-3 win.

The Colts were lead on the scoresheet by two of their own recent acquisitions as Jack York would score two goals and Dalton Duhart would pick up his first as a Barrie Colt. Kai Edmonds making his 19th start would make 35 saves in the loss.

After the completion of one of the busiest OHL trade deadlines that saw the loss of some key veteran players, the Barrie Colts started their weekend with their sixth match up against the Central division rival. The last time these two teams faced off, the Colts were left kicking up dust as the Wolves took home the win 6-3.

It was a rough start to the first period for the Colts. The Wolves opened up the scoring just over eleven minutes in with a goal from Drake Pilon, marking his 6th goal of the season, assisted by Macauley Carson and Darian Pilon. Barely a minute later, centre Shane Bulitka, assisted by David Levin, added salt to the wound, scoring on Edmonds and giving the wolves a 2-0 lead. It was clear the Wolves were hungry tonight. Yet, the Colts seemed to pick up a little steam by the end of the first, bringing their shots on goal up to 14-9, after being outshot for most of the period.

Much like some vehicles outside the Colts would need a jump start to get going.in the second period and the boys would get the spark off the stick of defenseman Jack York.

York maneuvered through the Sudbury defence to sail the puck past goalie Mitchell Weeks, putting the boys on the board with a goal at 4:31 in to the period. However, Sudbury’s pack was hot on their hooves, with left wing Macauley Carson restoring the Wolves two-point lead with a goal at less than five minutes left in the second period. This goal, assisted by Anthony DeMeo and Drake Pilon, would mark Carson’s 9th goal of the season.

As the third period began, it was up in the air as to whether or not the boys could rein it in and send the Wolves howling back to Sudbury. However, the boys stampeded through the Wolves defence and once again young Colt Jack York glided the puck past Weeks, attempting to narrow the lead with his 2nd goal of the night.

Yet, the triumph was short-lived, as Bulitka took advantage of Sudbury’s power play from Jacob Tortora’s hooking penalty. Barely two minutes later, Bulitka snuck his 2nd goal of the night past the goal line.

But the boys refused to go quietly into the frosty Thursday night. The Colts saw some redemption from a fresh face on the roster. At 13:52 into the third, left wing Dalton Duhart scored his 1st goal as a Barrie Colt and 7th overall in the season, inching the team closer to victory over their division rivals. However, their late efforts fell short, and once again the Colts were downed by the Sudbury Wolves.