Colts fall 3-0 to the Battalion 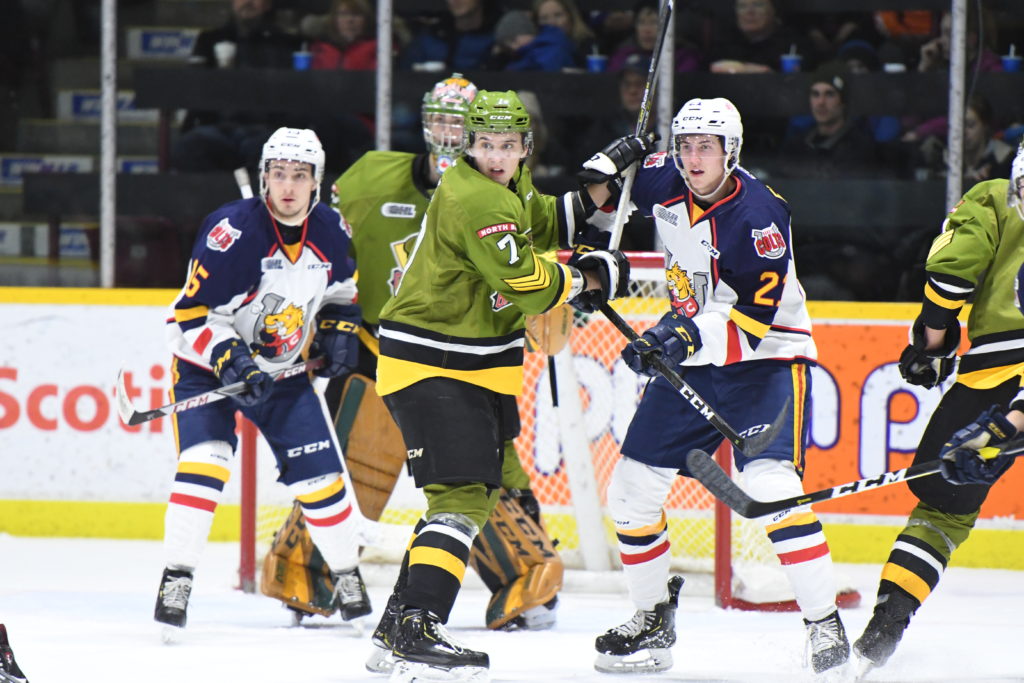 A three goal second period would lead the North Bay Battalion to a 3-0 victory over the Barrie Colts Saturday night.

The Colts now shut out on back to back nights would see the losing skid reach five games, including three at the hand of the Troops.

Kai Edmonds making back to back starts on consecutive nights would make 29 saves in the loss and Christian Propp turning away 15 shots would earn the shutout.

After the Colts fell to the Kitchener Rangers last night snapping their 4 game losing skid the Barrie Colts were looking to do the same Saturday night and hit their stride.

The Barrie Colts were facing their division rival North Bay Battalion for the third time in the last four contests and the fifth of the six game season series of the OHL calendar.

The score would remain deadlocked in a fairly quiet opening twenty minutes as the only writing on the scoresheet would come from both sides trading a penalty each and 7 shots apiece on the board.

After two it would be a different story as the Colts would dig themselves a hole getting down by three.

The troops would finally break the ice at 1:39 of the 2nd. Edmonds would make the initial save on a shot from the right circle but the rebound would kick out to the tape of Matthew Struthers as he snapped it into the open cage.

Three minutes later North Bay would increase the lead to two. Just as a Colts penalty expired Brad Chenier would redirect a shot coming from the point to make it 2-0.

And with 2:46 remaining in the middle frame, a lucky bounce in the Colts crease off a Barrie defender would end up trickling over the goal line to make the lead three. Mitchell Russell would credit for the goal.

The third wouldn’t see the Colts amount to any action in the opposing end resulting in the 3-0 final.

Next up the Colts will host the Owen Sound Attack as they come to town Monday night for the annual New Years game at the Molson Centre. Puck drop is 7:30pm.