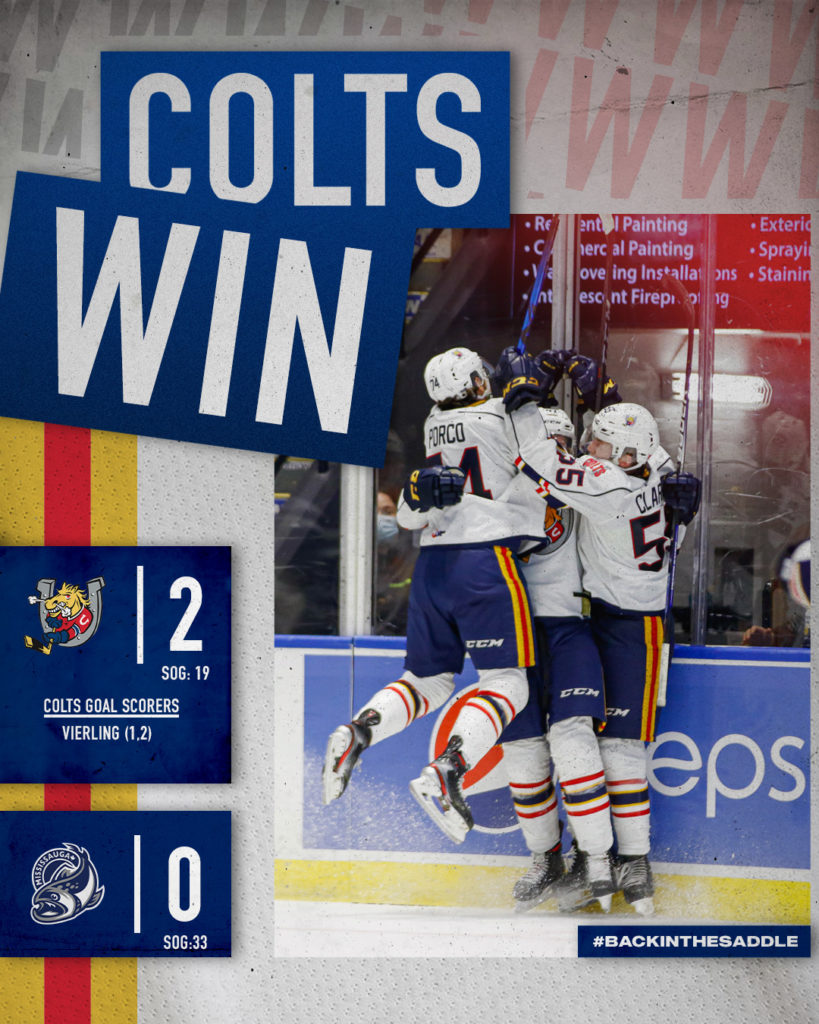 The Barrie Colts beat the Mississauga Steelheads 2-0 on Saturday night for their first win of the 2021-22 Ontario Hockey League (OHL) season.

It was a big night for Colts goalie Matteo Lalama who earned his first career win and shutout in his first OHL game.

Colts forward Evan Vierling scored his first two goals of the season. His first goal of the night came off an Oskar Olausson pass on a 2-on-1 with just 1:29 left in the game. Nicholas Porco also picked up an assist on the play.

Vierling went on to add an empty netter to seal the Colts win.

He was named the second star of the game and Olausson picked up the third star.

The Colts hit the road with a game against the North Bay Battalion on Sunday at 2 P.M at North Bay Memorial Gardens.