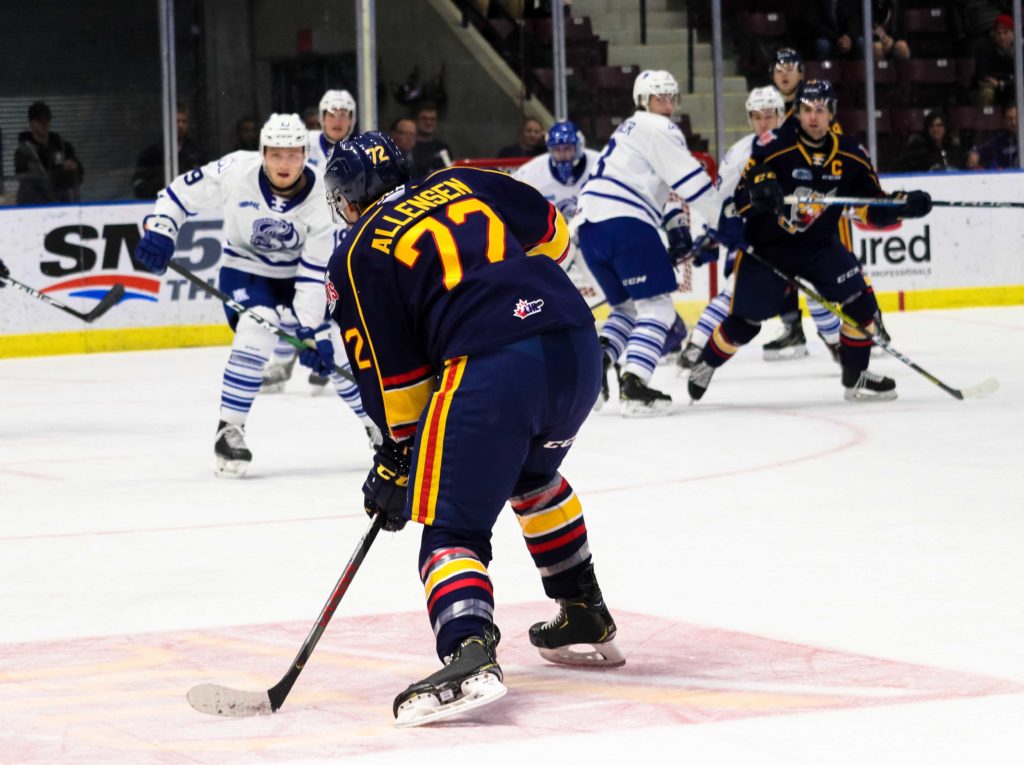 The Barrie Colts were on the road today against the Mississauga Steelheads. The Colts were coming off a loss to the Sault Ste. Marie Greyhounds last night and were looking to get back in the win column.

In the first period it was Nicholas Canade opening the scoring for the Steelheads on a curl and drag shot from the low slot. Mississauga would continue to pressure throughout the first and would score again on the powerplay courtesy of James Hardie. At the end of the first frame the score was 2-0 in favour of the Steelheads.

The Colts would run into some early penalty troubles in the second period, and it was Thomas Harley putting one past Jet Greaves to put the Steelheads up 3-0. Matthew Sredl would respond with his first goal of the season, potting in a rebound from an Aidan Brown shot. Ian Lemieux got the second assist on the goal. After that, it was Ty Collins scoring for Mississauga, restoring their three-goal lead. Richard Whittaker would add to the Steelheads lead with a wrist-shot top-shelf after cutting across the middle of the offensive zone. Thomas Harley would then capitalize on a point shot on a Steelheads powerplay, increasing their lead to 6-1.

In the third period it was Ole Bjorgvik Holm scoring on a slap shot from the point. After that, it was Max Dodig potting home a rebound on Greaves, making it 8-1. The Colts would get one back, with Vladislav Dvurechenskii getting his first OHL goal on the powerplay, assisted by Ryan Suzuki.

The final score was 8-2 Steelheads.

The Colts are back in action on December 28th at home against the Oshawa Generals.