Colts “doing it all for Dale” this season 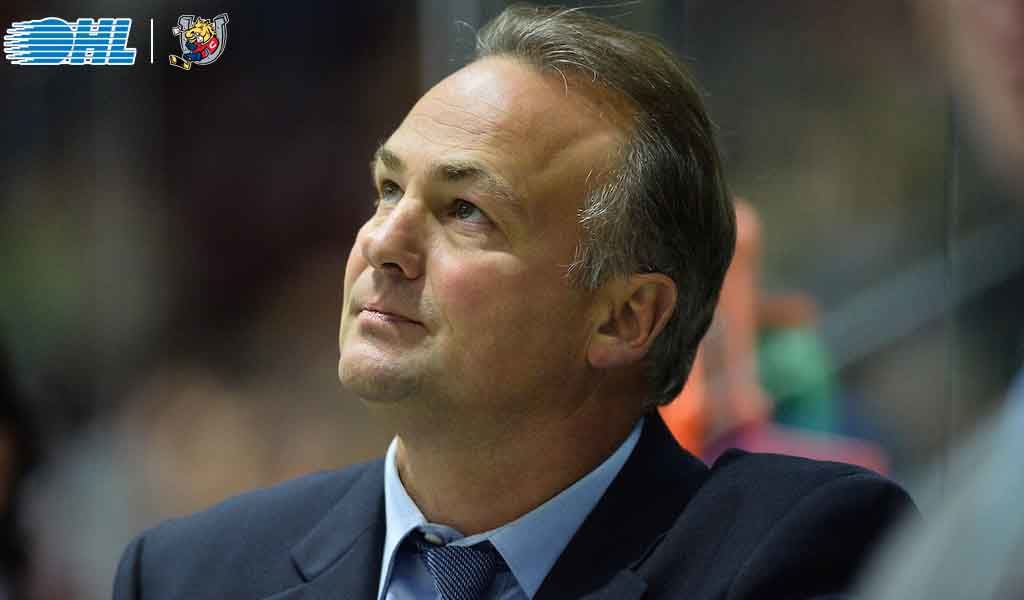 Staying in position. Getting off defenders. Finding the quiet ice.

It’s the ‘little things’ that Barrie Colts captain Jason Willms credits coach Dale Hawerchuk with helping him hone in on throughout his ongoing OHL career.

The hockey world was struck when, prior to the start of the season, the Barrie Colts announced Hawerchuk will be taking a leave of absence for the 2019-20 season to undergo treatment for stomach cancer.

It was tough news.

“It’s never news you want to hear, especially with someone who, from a personal standpoint, has been there since the start of my junior career,” said Willms.

As a player and as a captain, the fourth-year centreman has valued Hawerchuk’s mentorship, soaking in the wisdom of the Hockey Hall of Fame inductee like a sponge.

This November we are raising money for stomach cancer research in support of our long-time Head Coach Dale Hawerchuk. The Barrie Colts will match every dollar donated to this cause. If you would like to donate, click the link below!#DoItForDalehttps://t.co/fLL2rK1NpE pic.twitter.com/PEgVInBVdB

“His knowledge with the game was always something that was so high,” Willms explained. “He’s been a huge part of the success here in Barrie.”

Of course, Hawerchuk’s impact in Barrie speaks for itself. As the winningest coach in Colts history, Hawerchuk boasts a 305-269-22-16 record behind the bench, a record that stretches back to 2010 when the seasoned NHLer joined the organization as Head Coach and Director of Hockey Operations. The Colts clinched four Central Division titles under Hawerchuk, along with an Eastern Conference crown in 2013. His impressive list of Colts alumni includes the likes of current NHL players like Mark Scheifele, Aaron Ekblad, and Andreas Athanasiou.

So it’s no surprise that behind the bench, Hawerchuk’s guidance has been equally as valuable.

“I thought I knew a lot about the game until I met Dale Hawerchuk,” said Colts assistant coach Todd Miller.  “Dale Hawerchuk is a very special guy that’s got a ton of knowledge. Every day when I come to the rink, I learn something new from him.”

Miller has coached alongside Hawerchuk for the past 10 years, having also joined the Colts organization in 2010.

“It’s been hard as he’s one of my closest friends and you never want to see that happen to anybody,” said Miller. “We’re all just trying to push as players, as coaches, as management, for him every day that we come to this arena. Sometimes things happen in life and you’ve got to be aware. We’re thinking about him all the time.”

At the end of every game, a hard hat is awarded to a hardworking player. That hat has Dale’s name on it – a nod to the hard work their coach has always put forth into the team, a testament to his continued hard work, and a reminder that, though he may not be on the bench, their head coach is always front of mind.

“Those of us who know Dale, we know he’s going to fight this battle head on,” said Willms.

As Hawerchuk focuses on his health, Willms says the team is focused on winning it all for Dale.

“It’s definitely a little different without having him here, but we’re trying to do it this year for Dale,” said Willms.

No doubt, the atmosphere in Barrie may be a little more sombre in the absence of the man whose guidance has touched so many.

But if there’s anything that has helped lift the spirits of the family that is the Barrie Colts organization, it’s the joy they get when Dale makes an appearance at the rink from time to time.

And, as Willms points out, it’s seeing how happy he remains when he’s spending time with his team.

“He’s still got that smile on his face.”

Throughout the month of November, the Barrie Colts are raising money for stomach cancer research in support of Dale Hawerchuk. The Colts organization will match every dollar donated to the #DoItForDale campaign. To make a contribution, click here.