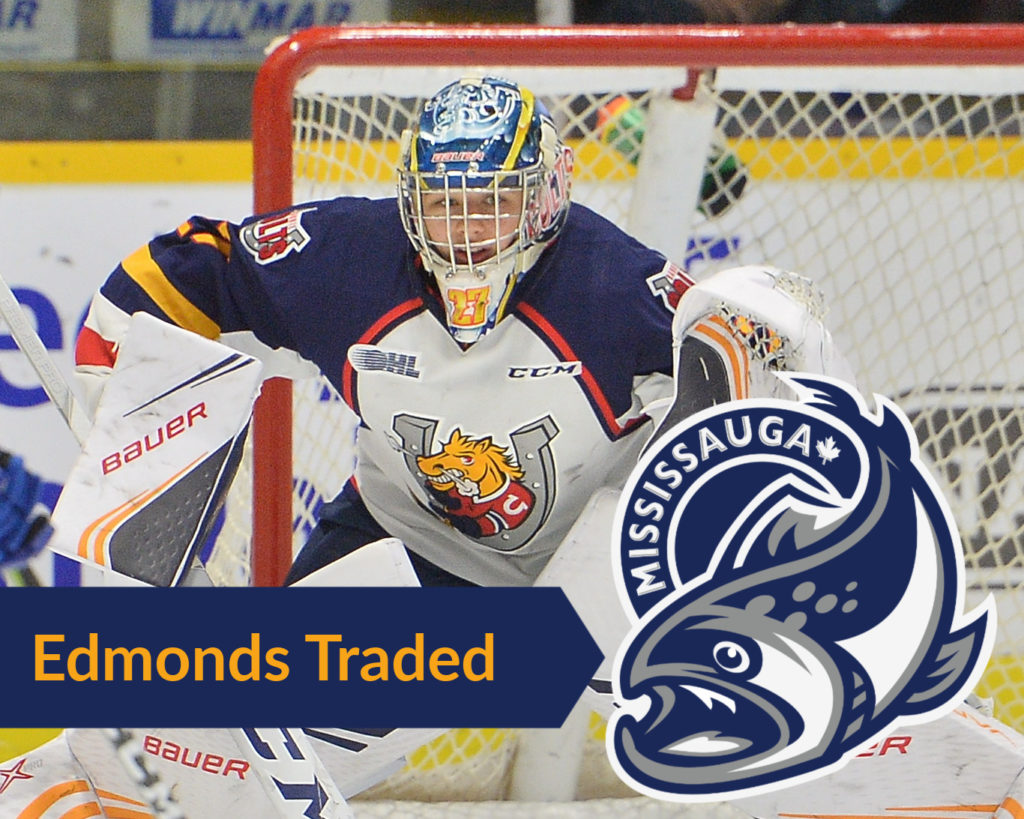 Barrie Colts General Manager & Head Scout Jason Ford announced today that they have completed a trade with the Mississauga Steelheads.

“The Colts organization thanks Kai Edmonds for his time with the club and his dedication to the community.   We wish him all the best with his new team in Mississauga” said Barrie Colts General Manager and Head Scout, Jason Ford.

Coming back to the Colts are three good draft picks in the coming drafts, including Barrie re-acquiring their 2ndround pick in 2023.

It won’t be long before Edmonds and the Steelheads will take on the Colts.  The first meeting between the two teams will take place in Barrie’s 4thgame of the season on September 28that home, followed by five more times during the regular season.