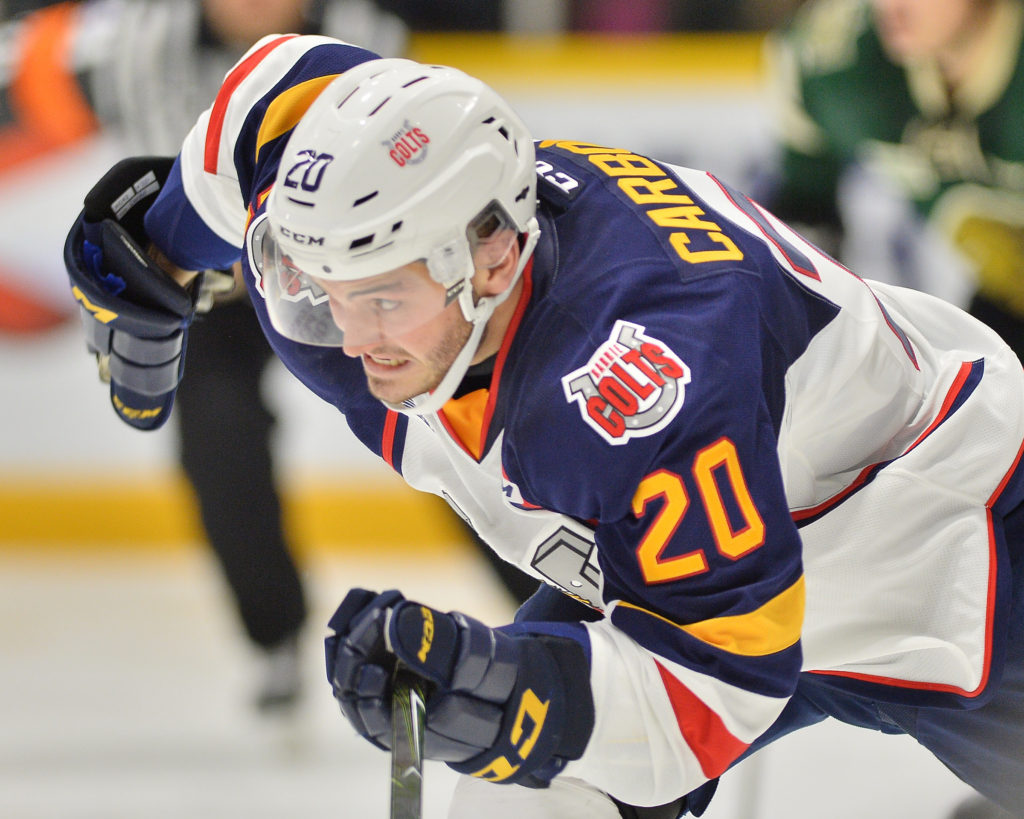 Two first-period goals proved to be the difference Saturday evening as the Sudbury Wolves beat the Barrie Colts 4-1.

The Colts came into the game trailing the Wolves by one point for the Central Division lead, but a third loss (0-2-1) to their divisional foes this season spoiled the Halloween festivities at the BMC.

Just as the Wolves’ Zach Bowman turned aside a flurry of saves in the opening minute, his teammates lead the counter attack the other way. A Colts’ stick in the passing lane broke up a play, but unfortunately the puck landed on the stick of Dmitry Sokolov who buried his 11th goal of the year for the game’s opening tally 1:55 in.

David Matsos’ club only scored one goal a loss to the Oshawa Generals Friday evening. But his team managed to tack on their second Saturday when rookie Conor Ali’s low point shot was deflected by Darian Pilon past Christain Propp short-side to give the visitors a 2-0 lead with less than 10 to go in the first.

The Colts had their fair share of chances to get their crowd waving their rally towels. First, Zach Magwood couldn’t convert into an open net after he fanned on a cross-crease pass.

As the final seconds ticked off the clock Giordano Finoro and Adrian Cabonara came down on a two-on-one and Carbonara fired his one-timer just wide far-side.

Eight minutes into the second period, Cole Mayo took a hooking penalty to send the Colts to their second power play of the game. Just as it was about to expire, Tom Hedberg’s seeing-eye wrist shot found the back of the net to make it 2-1.

But before the goal even got the chance to be announced over the PA system, the Wolves restored their two-goal advantage. A quick break-out saw Reagan O’Grady streaking down the left wing as he set up David Levin with a back-door tap in 17 seconds after the Colts lit the lamp.

Aiden Jamieson’s holding penalty at 4:42 into the third gave the Colts their second consecutive power play to kick start the final frame, but they couldn’t manage to put a dent in the Wolves’ lead despite their best chance coming off Lucas Chiodo’s stick just outside the crease.

The Wolves would add a late empty netter to seal the win.

The Colts kick off a four-game road trip next Wednesday against the Owen Sound Attack.