Colts Comeback to Force OT, But Knights Prevail 5-4 in Game 6 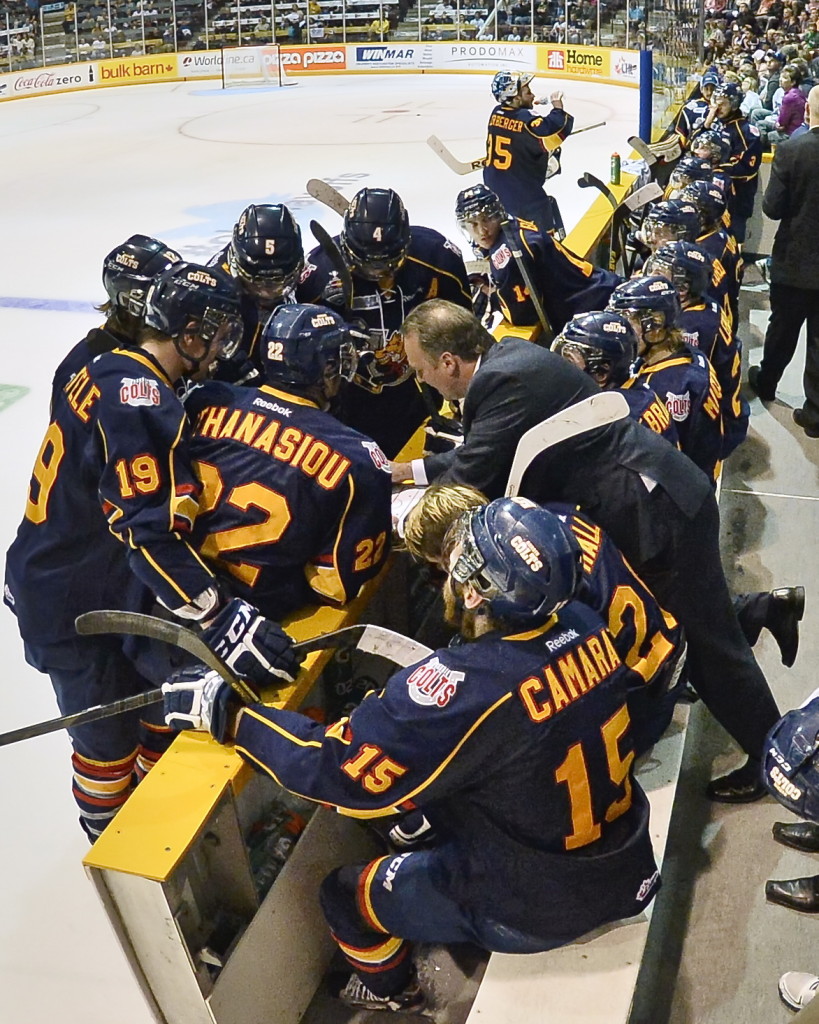 The Barrie Colts and London Knights met for Game 6 at the Barrie Molson Center with the Colts holding a 3-2 series lead. Barrie overcame a four goal deficit in the third period to force overtime but the Knights prevailed 5-4 to force a Game 7 in this series.

The Knights got on the board quickly as forward, Brett Welychka wired a bouncing puck that fooled Colts goaltender, Mathias Niederberger.

London increased their lead to 2-0 with a goal from Tyler Hughes marking his first of the postseason. Alex Broadhurst and Bo Horvat got the assists on the goal from Hughes and led by that same score after one period of play.

At the 7:15 mark of the second period, the Knights increased their lead to 3-0 over the Colts with a goal from Bo Horvat. Then in the dying minutes of the frame, Knights forward Ryan Rupert gathered the puck through a scramble in front of the Colts go and slid it home to give his team a commanding 4-0 lead.

Trailing by four heading into the third period, the Colts were looking for a spark and they inserted backup goaltender, Alex Fotinos to relieve Niederberger. Barrie finally got on the board as Andreas Athanasiou scored on the power play to make it a 4-1 hockey game.

With five minutes remaining in the game, it appeared that the Knights were going to cruise for an easy win but the Colts refused to quit. Erik Bradford scored a key goal to cut the Knights lead to 4-2. He had picked up a rebound from an Athanasiou shot attempt and just slid it by the pad of Jake Patterson.

The home town fans were back in it and the Colts fed off their energy as Mitchell Theoret scored shortly after to close the gap within one goal.

In the remaining seconds of the game, the Colts pulled their goalie for the extra attacker. They were putting a lot of pressure on the Knights in their end of the rink and it paid off with Theoret notching his second goal of the game to tie it at 4-4. Athanasiou directed the puck towards the London goal and it bounced off Theoret and into the back of the net.

In overtime, the Knights ended it quickly with Ryan Rupert scoring 1:30 into the extra period to give London the 5-4 win. He took a cross-ice pass from forward Max Domi and one timed it by Fotinos for the win. Mitchell Theoret and Andreas Athanasiou each registered three points in the game.

The OHL Championship Series will see a decisive Game 7 on Monday May 13th back in London at the Budweiser Gardens. Puck drop is set for 7:05p.m.