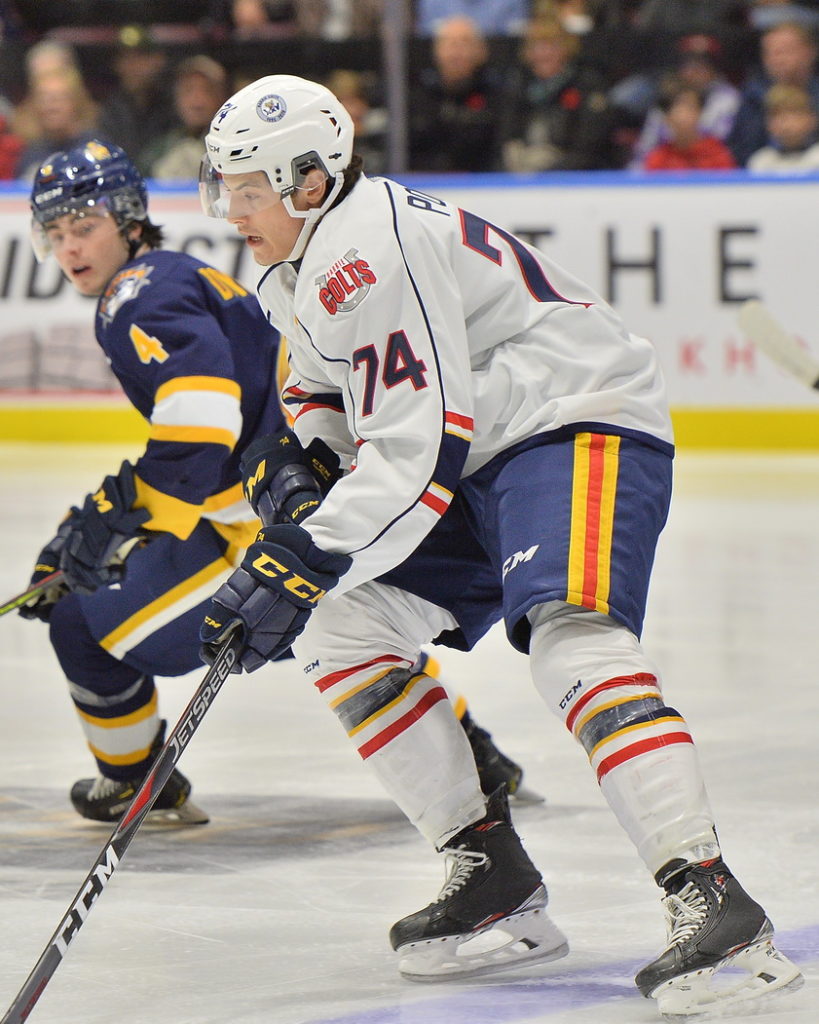 The Barrie Colts would attempt to claw back late in their return home, but ultimately could not overcome a four goal deficit as the Otters would skate to a 4-2 victory Saturday night at Colts Centre.

Nicholas Porco would pick up his first as a Barrie Colt making his home debut and Tyson Foerster would extend his point streak to 10 games picking up an assist on Porco’s goal in the loss.

The Barrie Colts returned home Saturday night from a three game road trip that saw the team take 2 of 3 games on the trip. It was a quiet week in Colts Country as this would be lone game for Barrie on the week.

The Colts would get themselves into penalty trouble early and the Otters would capitalize on their second powerplay of the period. Hayden Fowler would put home the opening marker to give Erie the lead.

The two teams would skate neck and neck throughout the period, but with 22 seconds remaining, Austen Swankler would come in off the right wing and put a shot over Silovs glove to give Erie a 2-0 lead into the first intermission.

The Otters wouldn’t waste any time adding to their goal total, as just 40 seconds into the second the they would convert for another. Maxim Golod would be left open and finish off a quick passing play to make it 3-0 for the visitors.

At 13:18 of the middle frame, Daniel Singer would make it four for the Otters as he finished off the cross crease pass.

Into the third, the Colts would finally get a bounce and get things going in the right direction. Entering the zone on the right side, Porco would drop to Foerster who quickly sent a wrist shot towards the goal. Porco would deflect the shot past Daniel Murphy to get Barrie on the board.

With the goalie pulled and just a minute left to play Jason Willms would throw the puck to the front of the net for Luke Bignell, who buried his 6th of the season. Porco also picking up an assist on the play.

Unfortunately that’s as close as the boys would get, as the clock would run out on the Colts comeback.