Colts come up short in loss to Firebirds 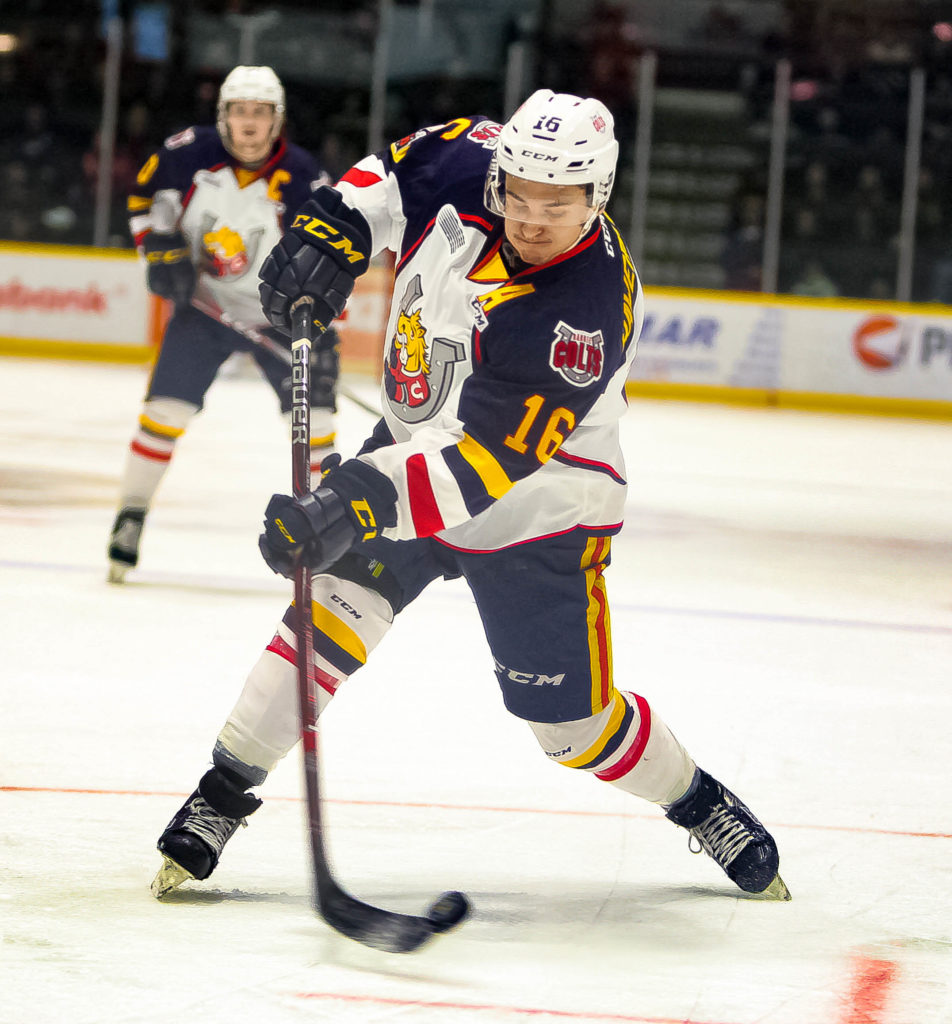 The Barrie Colts would bring the heat in the third period in an attempt to erase a four goal deficit but ultimately fall just short as Flint would skate to a 4-3 victory.

Jason Willms, Ryan Suzuki and Peter Fleming would get on the board for the Colts, but Ethan Keppen’s goal midway through the second period would stand up as the winner and Emanuel Vella shut the door the rest of the way on the Colts comeback turning aside 37 shots.

Coming into Barrie’s second game of the weekend at home, you would have thought facing an opponent in their third game of three nights would have the upper hand, but after a lacklustre start and getting behind the eight ball early the Colts wouldn’t be able to put out Flint’s fire on this night.

Once again the Colts would give up the opening goal on the first shift of the game. Cody Morgan shifting one way, before twisting around behind the Colts net popped the puck out front for Jack Wismer to tap in.

The Firebirds would continue to pour on the pressure as the period neared the halfway point. Barrie still only credited with one shot, Flint added to their lead.

At 8:29, Jake Durham would get a pass over the Barrie blue line and go untouched as he snapped it by Jet Greaves to make it 2-0.

The Colts would get nailed for two penalties in the final minutes of the first, but escape still down by two, while getting burned on the shot clock 15-7 as Greaves kept the boys in it.

The start to the second wouldn’t get any better trying to extinguish the Firebirds attack.

The Colts would kill off the first of two penalties, but while still down a man Hunter Holmes finished off the passing and increased the lead to three.

And like the first period, just over eight minutes into the second Ethan Keppen added another on the powerplay.

The Colts would spark some life in the later stages of the second throwing eight shots on Vella in a span of two minutes to actually overtake the lead in shots on goal, but after getting a late powerplay and mustering only one chance, Barrie skated into the final frame with a mountain to climb.

The Colts would get the start they needed in the third. Flint would get called early for a hooking penalty and give Barrie the opportunity to get one back.

With shots coming from all angles somehow staying out of the net, finally it would be a one timed shot from the stick of Ben Hawerchuck banking off Jason Willms in front to get on the board. Tyler Tucker would also assist on Willms 12th of the year.

Just past the midway point of the final period, another hooking penalty against Flint would give Barrie another powerplay. Ryan Suzuki would curl and drag past the defence and put home his 18th, while Hawerchuck and Tucker both picked up their 2nd assists each.

40 seconds later, a trio of the Colts rookies would connect to bring the boys back within one with seven minutes still to go. Riley Piercey slid a cross crease pass right on the tape of Peter Fleming to notch his 3rd, while Barrie native Jake Partridge picked up the secondary assist on the third Barrie goal.

The boys would keep the pressure on bringing the building back to life in the final stages of the game. The Colts would outshoot the Firebirds 14-7 in the third, but Vella would shut the door and lead the Firebirds to just their 10th win on the season.

Follow along online and on your tv’s tomorrow as the Colts will try to finish out the weekend on high note as they head to Oshawa to take on the Generals for a 6:05pm puck drop.