Colts Close Out Busy Weekend with Loss to the Rangers 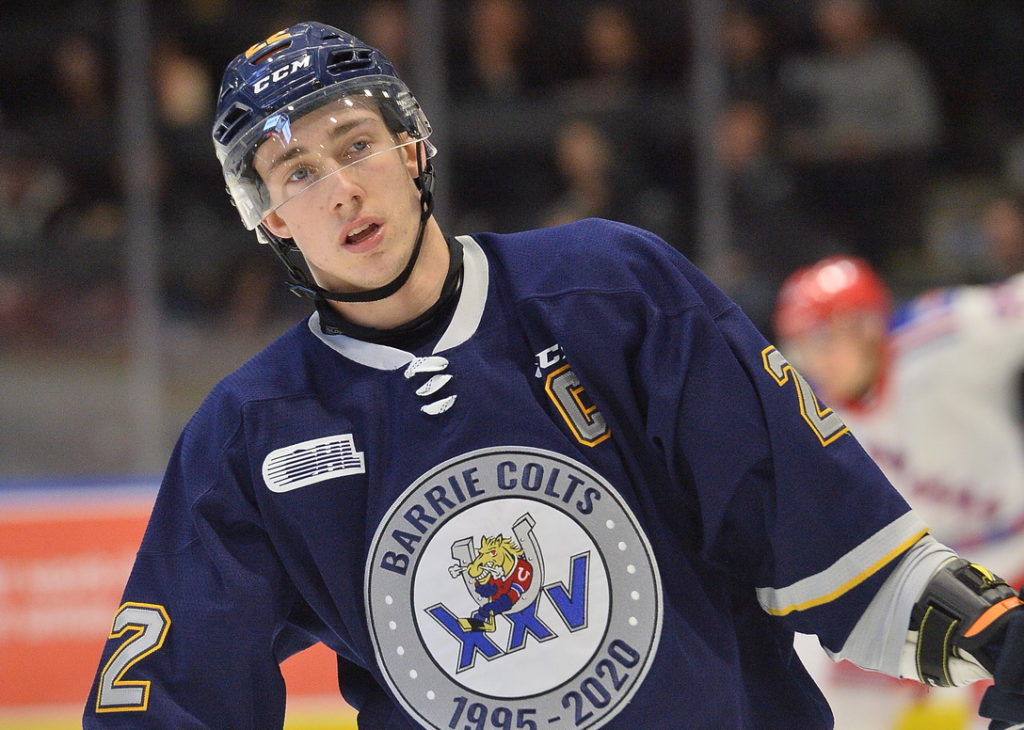 The Colts closed out a tough three game weekend Saturday night falling to the Kitchener Rangers 5-2.

Barrie would get goals from Matthew Sredl and Nicholas Porco, while two of the newest Barrie Colts Ethan Cardwell and Anthony Tabak registered their first points in a Colts uniform.

Five different Rangers scored for the visitors and Lucas Pfiel would turn aside 18 shots in the victory.

Hosting the Midwest division leading Rangers and with five new faces in the lineup since the OHL’s trade deadline the boys knew they would just have to come out and play a smart game against a Rangers squad whom had won 16 of its past 18 games.

Kitchener would open up the scoring at 5:57 of the first period. Riley Damiani gently slid a pass to the crease for Jonathan Yantsis tapping it in behind Greaves to make it 1-0.

Just a couple minutes later, recently named captain Luke Bignell would have the best chance for the Colts to get even. Sprung on the breakaway, the glove of Pfeil robbed the scoring chance away to keep the Colts off the board. The Kitchener native generated plenty of chances during the night, including a penalty shot opportunity midway through the second period, but was held off the scoresheet against his hometown club.

Kitchener took a stranglehold on the shot clock early leading 18-8 after twenty minutes, but thanks to the stellar play of Greaves the Colts would escape the 1st only down one heading into the intermission.

At 6:34 of the second an unfortunate deflection increased the Rangers lead to two. While fighting off the Colts defence, Damiani would spin and throw a harmless shot towards the net, but the puck would hit a Colts stick and cross the goal line to put the score at 2-0.

In the latter stages of the middle frame Reid Valade and Mike Petizian added a pair to put the visitors ahead by four, but in the final minute of the second the Colts would break through.

While on the powerplay, Aidan Brown playing in his 250th OHL game, would find Nicholas Porco in the slot. He fired his 7th goal of the year over the blocker of Pfeil reducing the deficit to three.

Early in the third the Colts would get another chance with the man advantage and cut the lead in half. Sredl’s 3rd of season would richochet off the bar and back of Pfeil before crossing the line. Tyson Foerster and Cardwell collected the assists on the goal.

Moments later Rangers captain Greg Miereles would quiet the home crowd once again. Beating the Colts defense he buried a shorthanded marker in tight to seal the win for Kitchener.