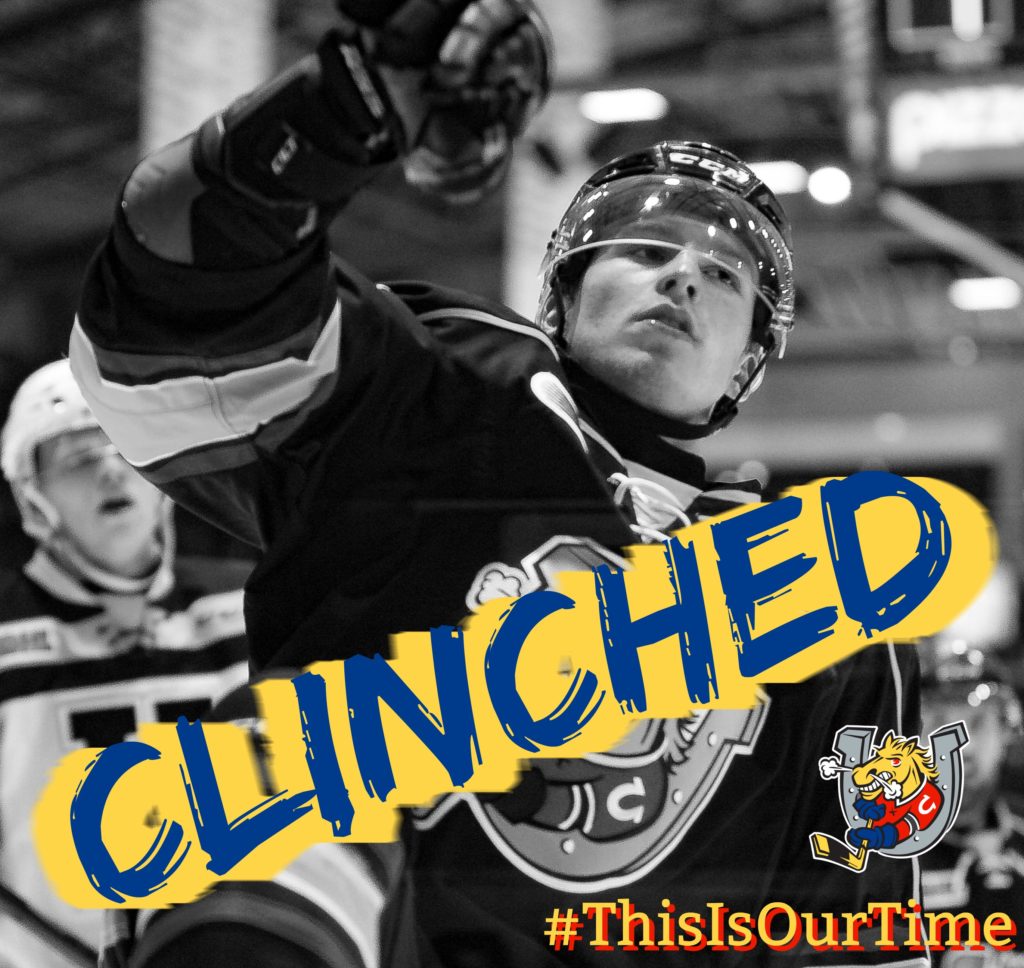 The Barrie Colts continued their season dominance over the Hamilton Bulldogs Wednesday evening with a 6-3 win over the home club.

It was Barrie who would find the net first. The Colts top line has been one of the biggest stories since the OHL trade deadline, and they continued to deliver.

On a rush into the Hamilton zone, it looked like not much was going to happen, but Barrie’s top guns turned nothing into something very quickly. It was Aaron Luchuk leaving the puck for Dmitry Sokolov which he then slid the puck over to Andrei Svechnikov who didn’t get a lot on it, but it was enough to beat Kaden Fulcher to open the scoring. Andrei’s 35th of the season extended long point streaks for himself and Luchuk. For the Russian rookie it was his 18th straight game with a point and for the Colts overager, Luchuk he extended his to 21 straight games which is the longest streak this season.

Before the boys on the Barrie bench could sit down from the celebrations, they hand their hands up once again. This time it was Zach Magwood getting sent on a breakaway by Lucas Chiodo. Magwood snapped it over the blocker of Fulcher and in for the 2-0 lead. Nathan Allensen drew the second assist on the Cambridge, ON native’s 23rd goal of the season.

In the final minute of the opening period Leo Lazarev came up with a couple big stops from his back end, somehow keeping the puck out and keeping the score at 2-0 after twenty.

The Bulldogs wanted to get a better start in the second period, and they did. They came out flying and throwing everything towards the Barrie net, but so many times we’ve seen great chances at one end turn into a goal for the opposing team at the other end. The luck was on Barrie’s side this time. A break that was started by Svechnikov who chipped it off the board to Sokolov who fed Luchuk on a two on one who would pot his league leading 46th goal of the year.

The Bulldogs wouldn’t let that phase them. They kept the pressure on the visiting Colts, and it eventually led to their opening goal of the game. After a point shot went off the end boards, the rebound bounced out to Robert Thomas who put it into a wide open net to cut the lead to 3-1.

Just fifty-one seconds into the third period Hamilton would make it a one goal game. A shot from the point by Justin Lemcke was tipped by Ryan Moore through a screen and over the shoulder of Lazarev to bring the score to 3-2.

Midway through the third the comeback would be complete. After finding some open ice Isaac Nurse was fed a one timed pass and he put it home to tie the game at 3.

Not long after Hamilton’s captain Lemcke would take a penalty sending Barrie to the powerplay. On the man advantage it was Sokolov becoming the third member of the Colts top line to score on the evening. He was setup on a one timer by Lucas Chiodo, as he absolutely ripped one into the net giving Fulcher no chance to react. T.J. Fergus also picked up an assist on his 44th of the season.

With under four minutes remaining on another Barrie powerplay it was Chiodo pulling off a nice little toe drag, showing his patience and sealing the victory for the Colts as he extended the lead to 5-3.

Chiodo would strike again with an empty netter to give Barrie the 6-3 victory.

The boys are back in action tomorrow night as they host the Owen Sound Attack for their final meeting this season. 7:30pm puck drop at the Barrie Molson Centre.