Colts Bounce Back with 5-3 Victory to Even the Series 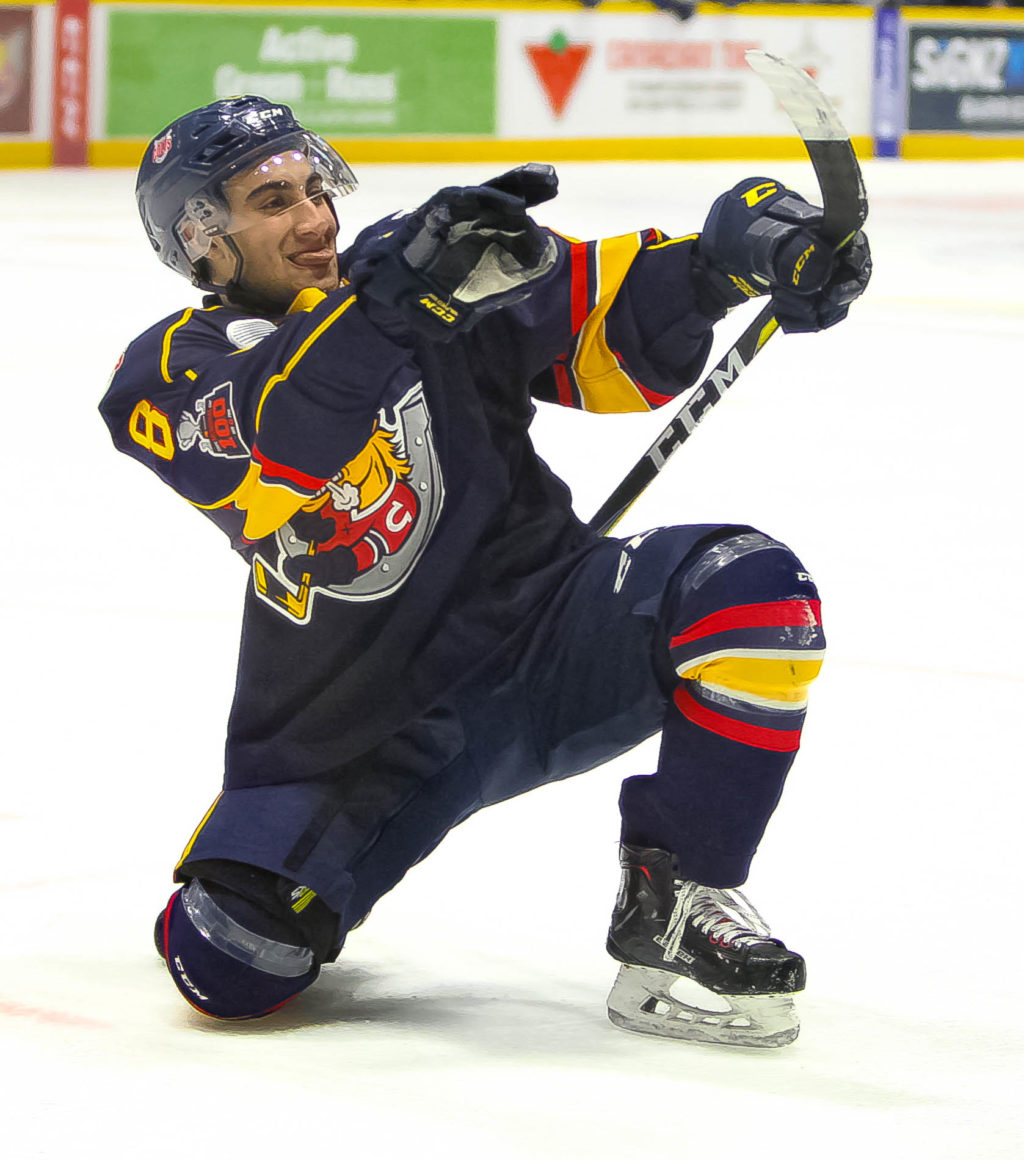 Game one for the Colts hadn’t gone the way the Colts had planned, but Monday night presented the opportunity to bounce back and reel in their first big catch of the series evening things up in game 2 of the best of seven series with a 5-3 victory.

The top line of Lucas Chiodo, Aaron Luchuk and Dmitry Sokolov would lead the attack combining for 10 points on the night and Leo Lazarev would backstop the boys making 38 saves and earning himself defender of the game honours.

The series now tied at a game apiece will shift back to Mississauga tomorrow night for Game 3 at the Hershey Centre.

On gorgeous Monday night outside the Colts would come out flying from the get go, and break the ice early.

Just over two minutes in a little tic-tac-toe magic from the top line would see the Colts bury the games opening goal. Sokolov would carry it over the blueline sending it to Luchuk and across to Chiodo to snap his 2nd of the playoffs by Jacob Ingham.

With the period winding down the Steelheads would come at the Colts with relentless pressure. Lazarev would steal a number of chances, before a loose puck in the slot picked up Keean Washkurak would be buried around the sprawling Colts netminder to knot the game up at one.

Just over four minutes into the second the Fish would break the tie. Michael McLeod skating through the Colts defenders would deke to the backhand past the glove of Lazarev to take the lead.

The Steelheads would continue to mount pressure once again in the late going of the period but Lazarev would stand tall holding the line in the final seconds to keep the boys within one heading to the third.

At 5:45 of the third the trio for the Colts would strike again. This time Chiodo would make the cross ice pass to Sokolov pulling Ingham out of hit net before sending it back to Luchuk. He’d fire into the empty net for his 2nd of the playoffs tying the game at two apiece.

The Colts would keep the pressure coming leading to the Steelheads taking a bench minor at the midway point of the third giving the Colts the man advantage.

It wouldn’t take long as Luchuk would make a cross ice pass right on the tape of Sokolov to hammer the one timer past Ingham for his 1st of the playoffs putting the Colts back in the lead. T.J Fergus would also pick up his first point of the playoffs assisting on the goal.

Just moments later the Colts would keep the fans on their feet. Luchuk would bank one off the back leg of Ingham leaving the puck sitting in the crease for Chiodo to tap home his 2nd of the game to make it 4-2.

The Colts would run into penalty trouble late fending off a barrage of chances from the Steelheads lethal powerplay unit, but after the Fish would call a timeout pulling their goalie, Zach Magwood would pick up the loose puck off the ensuing draw sending it down the ice into the empty cage for his first of the playoffs.

Adam Varga would bang in a third marker for the Steelheads with just over a minute to play but the Fish would fall short as the Colts would skate to victory.

The win guarantee’s a game 5 that will see the Colts return home Saturday night for a 7:30pm puck drop. Tickets for all upcoming Barrie Colts home games can be purchased online, by calling 1-888-655-9090, or in person at the Colts Store located inside the Barrie Molson Centre.