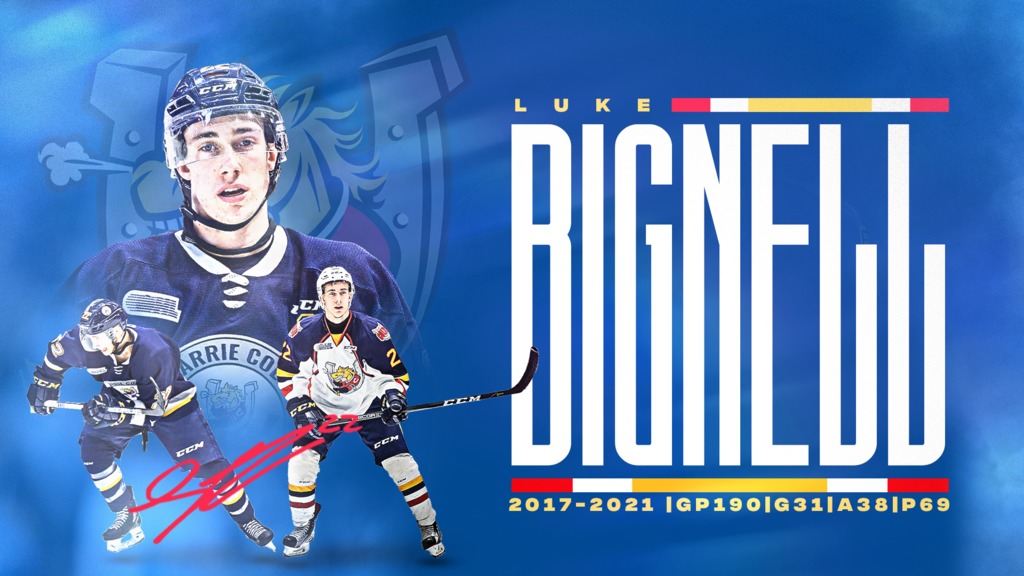 With the 2020-2021 season officially closed, the Barrie Colts organization said farewell to two over-aged players that will be graduating prior to the 2021-2022 season.

Colts captain Luke Bignell was drafted by Barrie in the fifth round of the 2016 OHL Priority Selection Draft, 85th overall. Bignell was a Barrie Colt through-and-through, playing his entire junior career with the team from 2017-2021. In that time, Luke played in 178 games and tallied an impressive 103 total points. 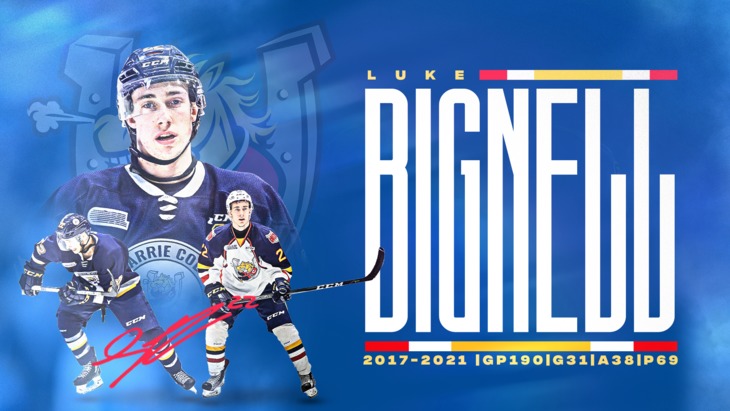 It was announced on March 24th that Luke Bignell is continuing his U Sports career this fall at the University of Guelph for the Guelph Gryphons, where he will be joining former Barrie Colts teammates Aidan Brown and Lucas Chiodo.

“Luke always made his effort in the classroom a high priority during his time in Barrie. We are happy to see him get an opportunity to further both his education and his hockey career at the University of Guelph in the fall” commented Rob Stewart, Barrie Colts Assistant General Manager.

“It is with deep hearts that we say good-bye to Luke Bignell and wish him nothing but success on his journey ahead. He was a big part of our family for four years and we were very happy to make him our captain for the last two seasons. We know he will do well in the future in whatever endeavours he takes on. We hope Luke looks back with fondness on the years he spent with us here in Barrie. All the best, Luke” said Howie Campbell, President of the Barrie Colts.

The Barrie Colts would also like to bid farewell to Victor Hadfield. Drafted by Barrie first overall in the 2017 U18 Priority Selection Draft, Hadfield was another Colt through-and-through. He played 124 games for Barrie from 2017-2021 and had a breakout year in the 2019-2020 season where he put up 26 points in only 46 games. 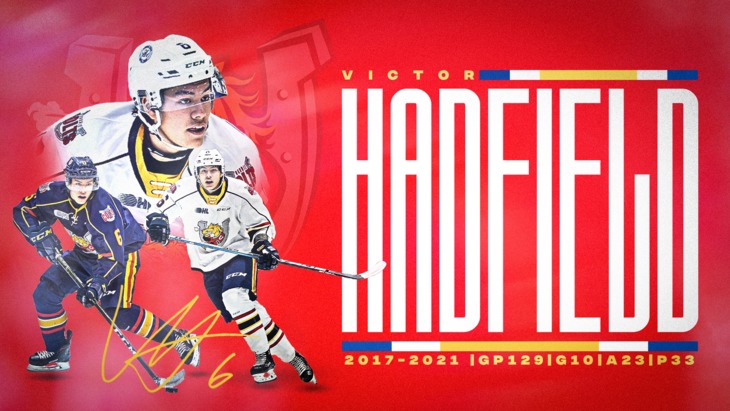 Victor has been continuing on with his professional hockey career this year playing for the Manitoba Moose in the American Hockey League. To date, he has played 3 games this season.

“Victor has taken a unique path to junior hockey, being the first pick in the inaugural OHL U18 Priority Selection.  His dedication and love for the game have led him to a professional hockey opportunity and we are very proud that he was able to achieve his goals through our program” said Rob Stewart.

“It’s very sad that we have to say good-bye to our over-age players without the pleasure of having watched them play their final season in the OHL. Victor Hadfield was great on and off the ice. I hope he enjoyed his time in Barrie as much as our organization and the community enjoyed him here as a Barrie Colt. We wish him all the best and I’m sure he will excel in whatever path he takes” said Howie Campbell.

The entire Barrie Colts organization would like to thank Luke Bignell and Victor Hadfield for their time in Barrie and the marks they made, not only within our team but within our community. We wish you both great success in all of your future endeavours.