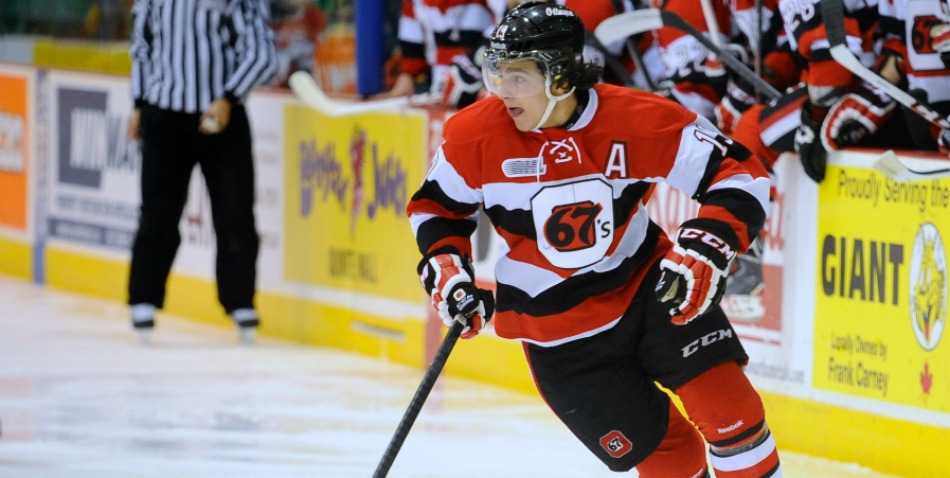 Barrie, ON– The Barrie Colts and General Manager Jason Ford have announced today that they have completed a trade with the Ottawa 67’s.

In the deal the Barrie Colts obtain right-winger Joseph Blandisi from the Ottawa 67’s.

Joseph Blandisi was originally drafted by the Owen Sound Attack in the 3rd round (61st overall) in 2011. On January 7th, 2013 the Markham, Ontario native was dealt to the Ottawa 67’s in a blockbuster trade with the Attack and now moves onto his 3rd OHL team, the Barrie Colts.

“Blandisi is a player that will add to our overall skill level and strengthen the forward units. He competes and plays the game with passion and we are extremely pleased to acquire him,” said Colts GM Jason Ford.

At the 2012 NHL Entry Draft the 205lbs winger was selected by the Colorado Avalanche in the 6th round (162nd overall). Blandisi leaves the 67’s as their leading scoring this season with 21 goals, 16 assists for 37 points.

Erik Bradford has spent his entire OHL career with the Barrie Colts appearing in 168 games over the span of four seasons. He was a role model within the Barrie community and was a leader on and off the ice.

“We wish Erik Bradford all the best with the Ottawa 67’s. He has always played the game with passion and enthusiasm here in Barrie,” added Ford.

The Colts organization would like to thank Erik Bradford for all of his hard work and wish him the best of luck in his future endeavors.