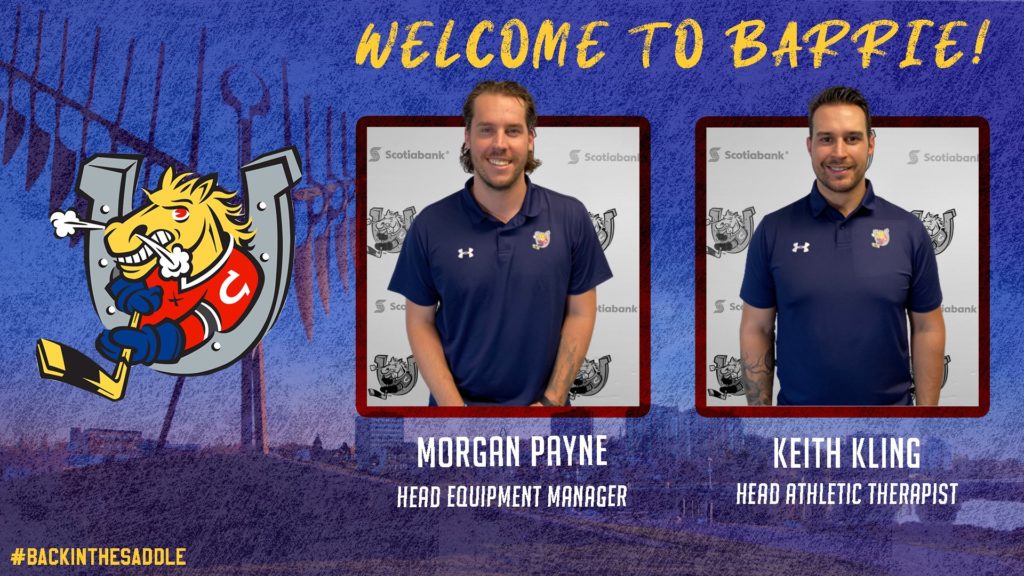 The Barrie Colts are proud to announce the hirings of Morgan Payne as the Head Equipment Manager and Keith Kling as the Head Athletic Therapist.

Payne, a native of Caledon, ON rejoins the Colts after spending the 2019-20 season as the Colts Assistant Equipment Manager working with now Portland Winterhawks Head Equipment Manager Clayton Johns. Payne also spent time with the club previously serving as the Game Day Operations Intern in the 2018-19 season.

Payne, a graduate of the Humber College Sport Management program, received his Advanced Diploma in 2019.

“I’m excited to take on this opportunity with Barrie and continue my growth with an organization that has allowed me to find my passion,” said Payne.

Kling (R.Kin, CAT (C), CSCS) graduated from Ontario Tech University in 2014 from the Kinesiology program where he continued his education at Sheridan College for Athletic Therapy, graduating in 2018.

“I am looking forward to the upcoming season and getting the opportunity to work with the world-class players and members of the organization” commented Kling.

The Barrie Colts open training camp on August 30th at the Sadlon Arena.