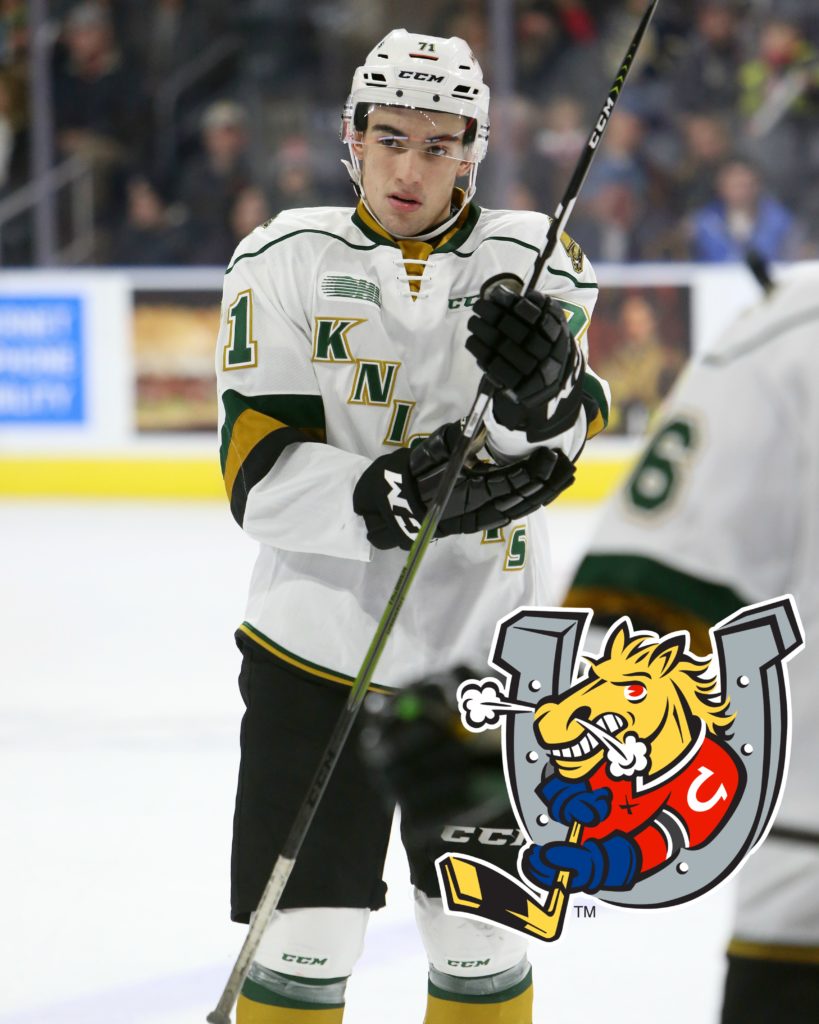 In exchange for Duhart, the Barrie Colts are sending 19 year old defenseman Joey Keane to the London Knights.

Duhart, 17 was in his second season with the Knights and posted 16 points in 65 career games in the OHL.  Further to that, the native of Grand Blanc, MI put up big numbers in his OHL draft year with the Belle Tire U-16 team, collecting 42 points in 31 games, plus 5 goals in 4 games during the OHL Cup.  London’s 3rdround selection (47thoverall) in the 2017 OHL Priority Selection Draft is eligible for the 2019 NHL Entry Draft.

Dalton Duhart is a skilled forward with very good hockey sense and compete level.  He eagerly wants to better himself as a hockey player, and will get that opportunity here as we welcome him to the Barrie Colts family”, said the Barrie Colts General Manager and Head Scout, Jason Ford.

In return the London Knights are receiving a strong right-handed defenseman in Keane, who was drafted by the New York Rangers in the 3rdround (88thoverall) of last years NHL Entry Draft. In 29 games this season, the nineteen year old has collected 20 points.  Despite being traded, he won’t be going into an unfamiliar dressing room as Joey will be joining his younger brother Gerard, who was drafted by the Knights in this past years OHL draft.

“We wish Joey all the best as he furthers his career with the London Knights”, said Ford.

These two teams will meet up for the first time on January 17th, when the Knights roll into the Barrie Molson Centre for the first and only time this season.

The Colts are in action tonight and Duhart will be in the lineup wearing #91 as we take on the Kitchener Rangers.