Clarke the Hero as Colts Reel in Victory over the Steelheads 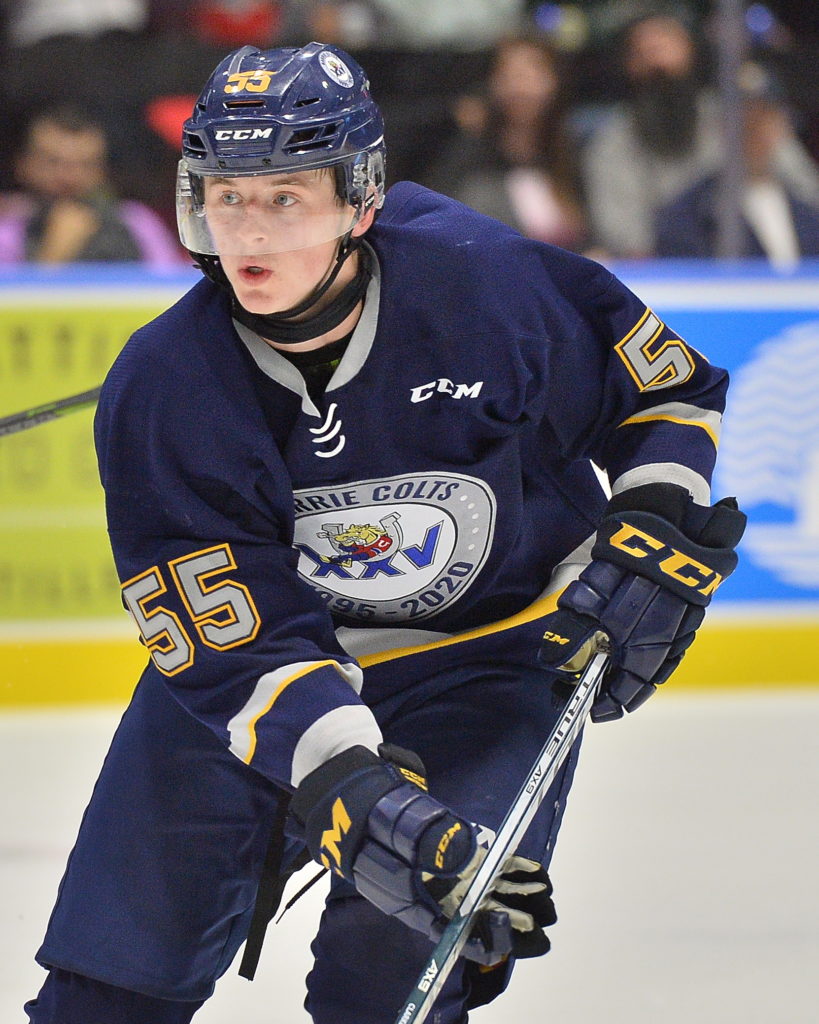 Brandt Clarke scored his second of the game 2:22 into overtime leading the Barrie Colts to a 5-4 victory over the Mississauga Steelheads Thursday night.

Aidan Brown who tied the game midway through the third period would pick up a goal and two assists in the game. Tyson Foerster and Evan Vierling continued their point streaks pushing each to nine and ten games respectively.

A big reason the Colts were able to get the game to overtime was the play of goaltender Arturs Silovs. The Canucks prospect turned aside 41 shots, earning his 13th win of the season.

The sixth win for the Colts in their past seven games now has the boys right back in the battle for top position in the Central Division sitting just two points back of the Sudbury Wolves.

Thursday night it was a pair of the leagues hottest teams of late facing off for the fourth time in the season series. The Steelheads coming off a 10-3 thrashing of the Wolves last Sunday and having won 7 of their past 8 games.

With just a two game weekend for the Colts, both against teams directly in front of them, earning two points in the tight race for top spot in the division would be vital.

Innisfil native and draft eligible prospect James Hardie was on a streak of his own,  going 8 games with 18 points over that span he would open the scoring early in the first period, firing a shot over the glove of Silovs .

The Steelheads would extend their lead at 8:17. While on the powerplay Nick Isaacson let a shot go from the slot that Silovs would get a piece of, but just trickle over the line.

After twenty minutes the Steelheads led by two and on the shot clock as well 14-5.

Early in middle frame it was all Colts as they stampeded back to take the lead, all in the span of six minutes.

First some pretty passing would land back on the tape of Trey Zagrzebski to finish off his 1st career OHL goal with assists going to Victor Hadfield and Anthony Tabak.

Just under a minute later Vierling evened the game at two apiece. Chris Cameron sailed a wrist shot from the blue line that would be tipped in front by Vierling for his 7th.

With the pressure continuing to mount Brown would find Clarke gliding in from the point at 6:24 to rip a shot from the top of the circle past former Barrie Colt Kai Edmonds for his 3rd of the year. Ethan Cardwell would tally the secondary assist on the play.

With just under five minutes remaining in the second Nicholas Canade weaved his way through a couple defenders and deked past Silovs to knot the game back up at three.

Another early marker in the final frame would give the Steelheads the lead back. Cole Schwindt made it 4-3 at 3:24.

Once again the Colts would respond and the tie game back up. While shorthanded Brown skating in from the right wing snapped a shot five hole beating Edmonds to make it 4-4.

The Colts got a powerplay in the final minutes of the game and put handful of shots towards Edmonds, but the clock would run out on regulation time and head to the extra period.

In the extra period, the Colts would catch a break and head down ice on a two on one led by Foerster. Deciding to take the shot proved to be the right move as the rebound would lay in the crease for Clarke to bang home the winner and take the victory.

The Colts now have a day off before they’ll take on another division rival in the Sudbury Wolves Saturday night on home ice. Puck drop scheduled for 7:30pm.