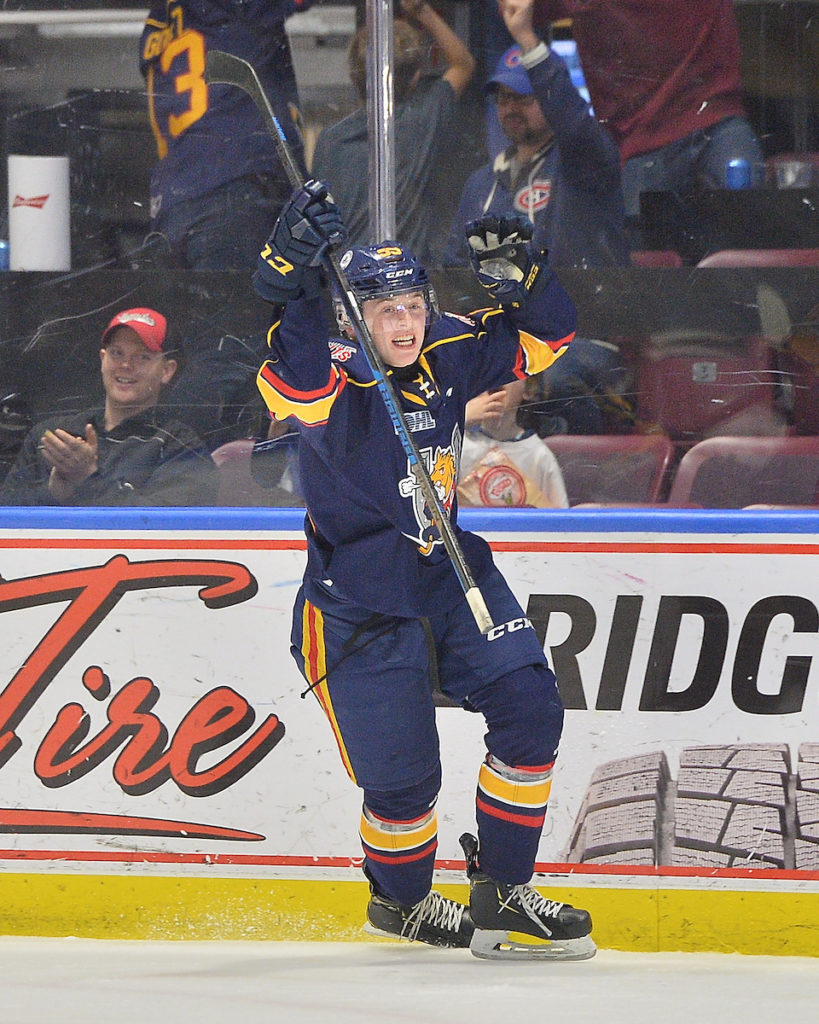 After a stellar rookie season, Barrie Colts’ defensemen Brandt Clarke has been named to Team Canada’s Hlinka Gretzky Cup Under-18 Summer Selection Camp. Clarke’s nomination comes following an impressive first season in the Ontario Hockey League where he led all rookie defensemen in scoring with 6 goals and 32 assists for a total of 38 points, which also placed him sixth overall in rookie scoring.

“It’s always an honour to be selected by Hockey Canada,” said Clarke. “I had such a positive experience last November with the Under-17 team, so I’m looking forward to the next chance I have to represent Team Canada internationally. I’m thankful to the Barrie Colts organization for helping me achieve this goal.”

The 2020 Hlinka Gretzky Cup was scheduled to take place from August 3-8, 2020 in Edmonton and Red Deer, Alberta but was cancelled in April due to the ongoing coronavirus (COVID-19) pandemic.

Clarke joined the Colts for the 2019-20 season after he was chosen fourth overall in the 2019 OHL Priority Selection. The 17-year-old Nepean, Ontario native’s appointment to the Under-18 Hlinka Gretzky Cup summer selection camp marks the second time he has been selected to represent Team Canada. He previously wore red and white in November 2019 as a member of Team Canada Black during the 2019 World Under-17 Hockey Challenge in Swift Current, Saskatchewan and Medicine Hat, Alberta. During the five-game tournament, Clarke recorded a goal, five assists and six points on route to a quarter-final loss.

“Brandt was one of the best 2003-born players in all of the Ontario Hockey League this past season, and his game really took off in the second half of play,” said Barrie Colts General Manager and Head Scout, Jason Ford. “His poise under pressure for a 16 year-old was something really nice to watch this past season and we look forward to more positive steps in his game. His acclimation to the OHL this season was seamless, and he never really looked like a rookie as the 2019-20 season moved on. Congratulations to Brandt on this announcement, and we look forward to watching him compete at the national level moving forward.”

The entire Barrie Colts organization would like to congratulate Brandt Clarke on his selection to Team Canada’s Hlinka Gretzky Cup Under-18 Summer Selection Camp roster.

For the complete roster, visit https://hockeycanada.ca/en-ca/team-canada/men/under-18/2020-21/selection-camp/roster.