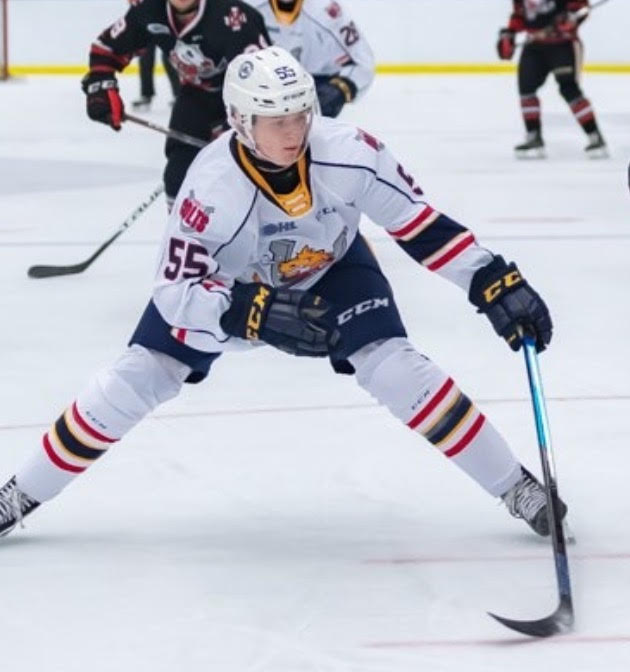 The Barrie Colts hit the road to visit the Owen Sound Attack for a home and home pre-season series.

Goaltender Matthew Dunsmoor got the nod in net to make his Colts debut.

The first period had the Colts on the powerplay three times, but failing to score on each of those chances. Three minutes into the game Victor Hadfield opened the scoring to make it 1-0 early. Jack York picked up the assist on the Hadfield goal. Owen Sound answered back shortly after with Daylon Groulx potting one on Dunsmoor. Then, with only 32 seconds left in the period it was Luke Bignell who broke the tie to make it 2-1. Jake Partridge got the only assist on the goal.

The second period had the Owen Sound Attack run into more penalty troubles. This time, the Colts were able to capitalize on one courtesy of the rookie, Brandt Clarke. Clarke notched his first OHL pre-season goal with assists coming from Aidan Brown and Nathan Allensen to put the Cotls up 3-1.

The third period was filled with excitement for the Colts. It began with an Owen Sound goal from Barret Kirwin. However, the Colts responded less than a minute after on the powerplay with Brandt Clarke lighting the lamp for the second time tonight. Adian Brown and Nathan Allensen assisted on the goal. After that it was Luke Bignell finding the back of the net once again, with assists from Vinny Prospal and Dalton Duhart. Only 13 seconds later it was Brandt Clarke scoring once again to complete the hat-trick, making it 6-2 Colts. With just under two minutes remaining, former Colt Kirill Nizhnikov answered back for the Attack to make it 6-3.

Assistant Coach Todd Miller said that the team really broke down the Attack today with a hard forecheck and all four lines were able to contribute. Miller also had some high praise for the rookie Brandt Clarke after the game, saying that Clarke reminds him of a young Aaron Ekblad, and that he already looks like a four-year veteran of the league.

The final score was 6-3 for the Colts. The boys are back in action Monday for their first pre-season home game at 6pm against Owen Sound at the Colts Centre.