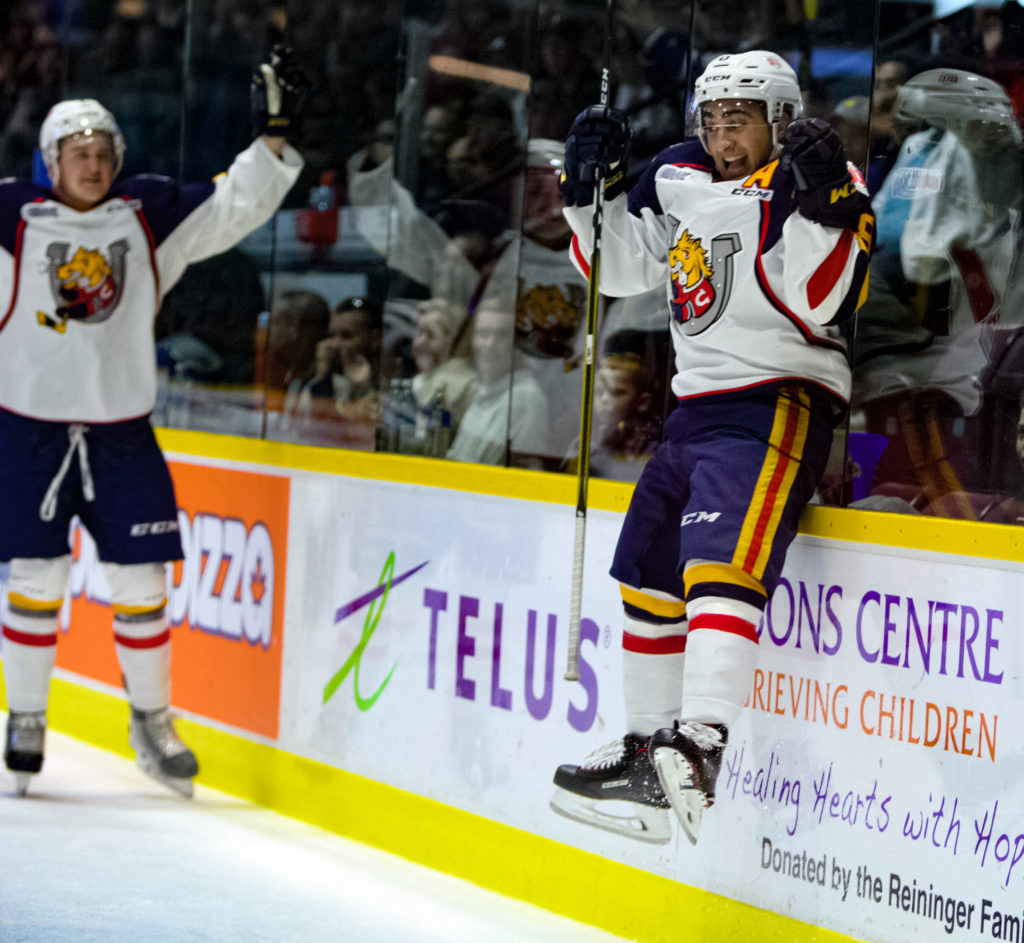 Lucas Chiodo plays hero in a come from behind 3-2 overtime win over the Sarnia Sting Thursday night.

It was yet another road game for the Colts who have been road warriors since the beginning of the season.  This time it was a trip to Sarnia to take on the Sting.

After a very quiet first period, things would get going early in the second.  It was a Sarnia breakaway that opened the scoring when Hugo Leufvenius beat Maksim Zhukov at the 4:55 mark of the period.

The home team was playing a tight defensive game for most of the first half of the game, until they left an opening for Luke Bignell.  After a rebound was left for Aidan Brown he fed the puck back in front for Kitchener, ON native who got enough on it to put it past the Sting net minder to tie the game. Sam Rhodes tallied the second assist on Bignell’s 4th goal of the season.

It looked like Barrie was about to get their first lead of the game just five seconds into a two man advantage.  The puck was jammed at the front of the net and bounced up in the air and into the net, but the official lost sight of the puck and blew the whistle before waving it off.

Sarnia found themselves shorthanded for most of the rest of the period, but were able to stave off the Barrie power play to carry the tie into the final period.

In the third period the Sting would regain their lead thanks to Leufvenius who netted his second of the game.

The Colts struggled to find an answer until late in the period. Brown grabbed his own rebound and buried his 2nd goal of the season top corner, tying the game and sending the game to overtime.

Just moments before Barrie scored the winner, it was Zhukov coming up with an incredible breakaway save, giving Barrie the opportunity to win it moments later.

The winning goal came from Chiodo who found the back of the net after going one on one and wrapping the puck into the net for the 3-2 victory.

Barrie will finish off a light weekend with a couple days off before ending the weekend in Oshawa at 6pm.