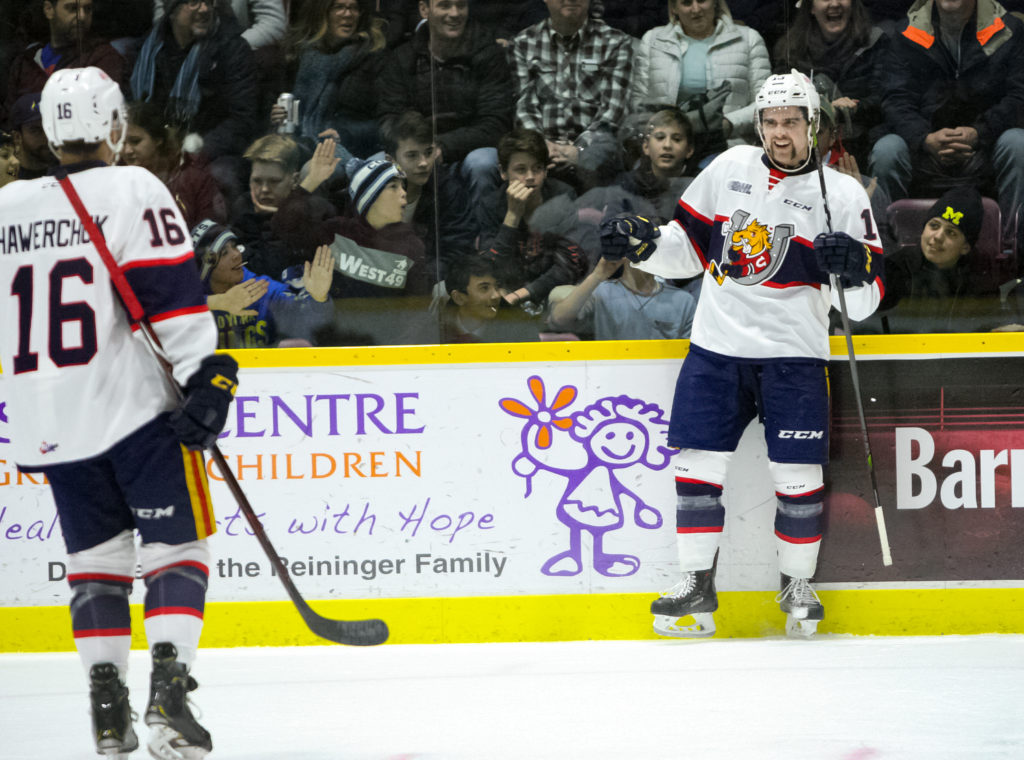 It took overtime before the first goal was scored, but it was Barrie’s Jason Willms going end to end and beating the Sudbury Wolves goaltender to pick up a valuable two points for the Colts in a 1-0 victory.

Following a 6-3 loss at home to the Saginaw Spirit on Thursday night, the Barrie Colts had one team in front of them the rest of the weekend, and it was the Sudbury Wolves.

Playing the first of a home and home with the Wolves, starting with the trip to Sudbury for a Friday night affair with their division rival. These two games were going to serve crucial to both teams as Barrie as is fighting for the 8th position in the Eastern Conference and for Sudbury it’s a matter or trying to chase down the Oshawa Generals and the Niagara IceDogs who are just ahead of them in the standings.

The opening period didn’t have any scoring, but there were a couple of power play opportunities for Barrie who were unable to strike, despite holding the home Sudbury club without a shot for the first ten minutes of the game.

In the second period it was more of the same.  Both teams would skate to a scoreless frame with multiple power plays.  The story through forty minutes was both of the goaltenders, Jet Greaves for Barrie and Ukko-Pekka Luukonen making big stops at both ends.

In the third period things remained tight checking as both teams were in search of the first goal of the game and it felt as if the first goal was going to be the winning goal.

The best chance came from the Wolves who had multiple chances in the second half of the period but Greaves was sharp in keeping the puck out to hold his team in the game.

The scoreless game continued as the buzzer sounded to end the third period which sent the game into overtime.

A great game can only be followed by another great matchup as these two teams will square up once again tomorrow night back in Barrie at 7:30pm.