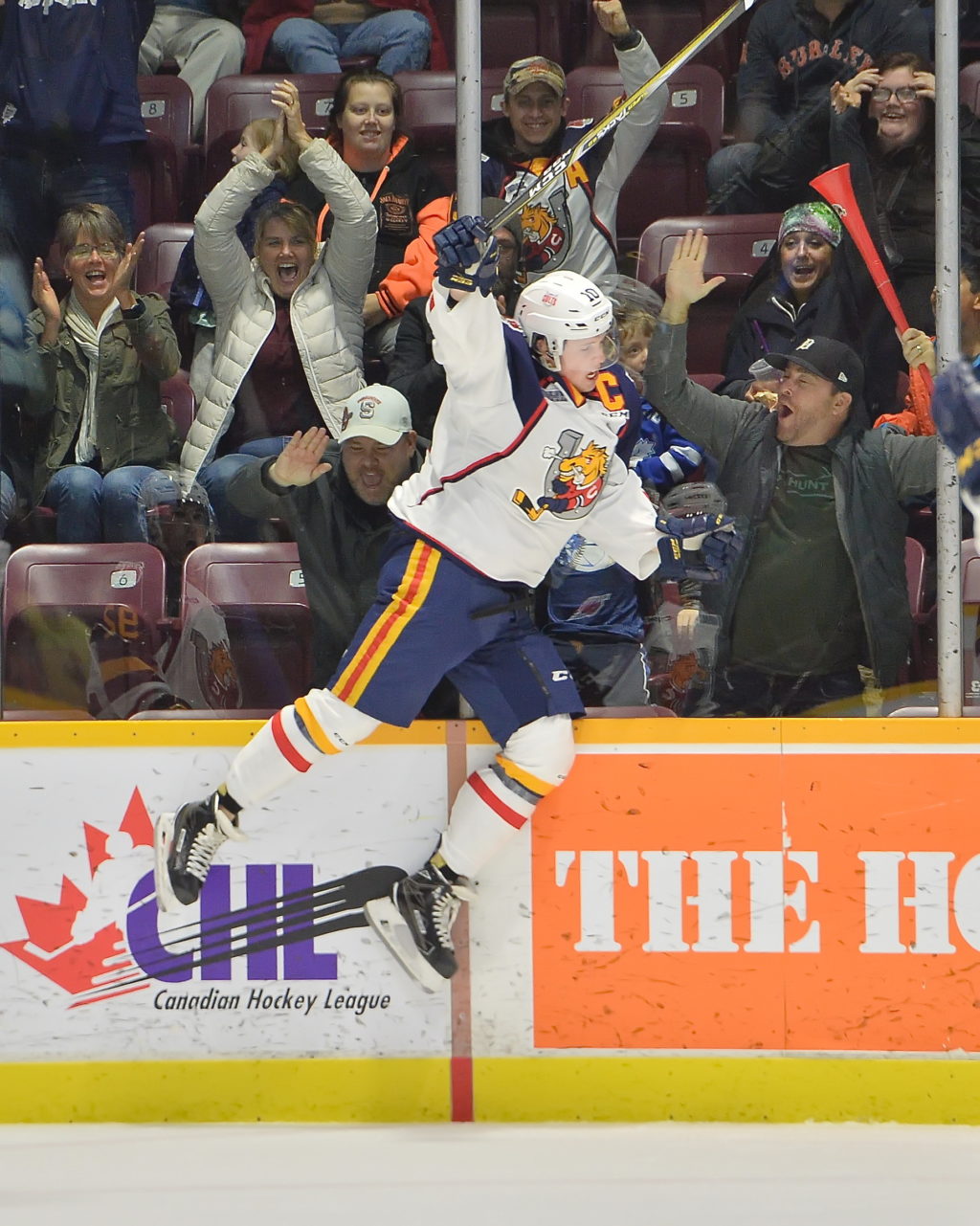 With time winding down in the overtime period, Barrie Colts captain Justin Murray stepped over the blue line and snapped home the game winner in a 6-5 victory over the Niagara IceDogs.

Home sweet home is what the Colts were thinking heading into this match against the IceDogs after going into the Meridian Centre and coming out with a 7-2 loss.

The Dogs scored three 1st period goals on Thursday night and would get the opening marker on Saturday. Billy Constantinou would open the scoring at the four minute mark putting one past Kai Edmonds who made his 3rd start of the season.

It was the Colts who would exit the 1st in the lead though. Goals by their top pairing defensemen put them up 2-1 going into the intermission.  First it was Justing Murray putting home his 2nd of the season after a dangle at the blue line and then fired it glove side on Stephen Dhillon.  Moments later on a Barrie power play his partner, Joey Keane fired a shot through a screen to give the home team the lead with his 3rd on the year

The second period featured a bit more scoring.  After the IceDogs scored one to get the game tied at two, Barrie would answer with two straight.  Sam Rhodes notched his 3rd of the season with a shot from the slot that beat Dhillon over the shoulder for a 3-2 lead.  Aidan Brown would give Barrie some insurance with his 1st of the season from a great centering pass from Jason Willms that he slid through the leagues of the Niagara net minder.

The Dogs wouldn’t quit though as with the time expiring in the second frame it was Kyen Sopa lighting the lamp with 11 seconds remaining, which brought the game within one heading to the final period.

The IceDogs were able to tie the game once again at the beginning of the period, but the Colts would find the answer again. Peter Fleming found a rebound in front and squeaked it by Dhillon for his 2nd of the season and gave Barrie the 5-4 lead.

Late in the period Barrie looked to have all the momentum but with 2:10 remaining on the clock Kirill Maksimov shot one through a screen that found the back of the net tying things at 5.

Barrie is back in action next week where they will head on the road with stops in Windsor, Saginaw and Flint.  Barrie’s next home game will be on October 27th for our annual Halloween game against the Windsor Spitfires.  Make sure to wear your favourite costume to the game! For tickets to the game click here.