Cam Lizotte Traded to the Otters for Picks 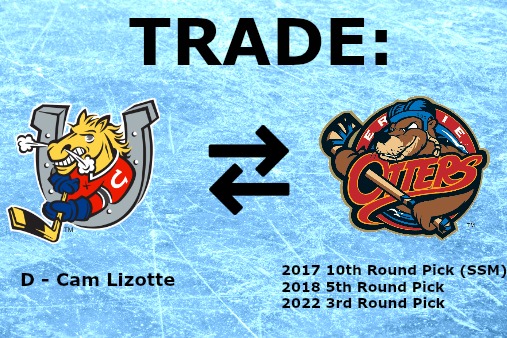 Lizotte, who was acquired via trade from the Peterborough Petes last season was a 2nd Round Pick (25th overall) by the Petes in 2013.  The 19 year old from Falconbridge, ON has played in parts of  two seasons with the Colts in a total of 57 games as a top shutdown defenseman.

This is the second move the Colts have made today after moving Cordell James to the Owen Sound Attack earlier in the day.