Byfield Powers Wolves Past the Colts in Overtime 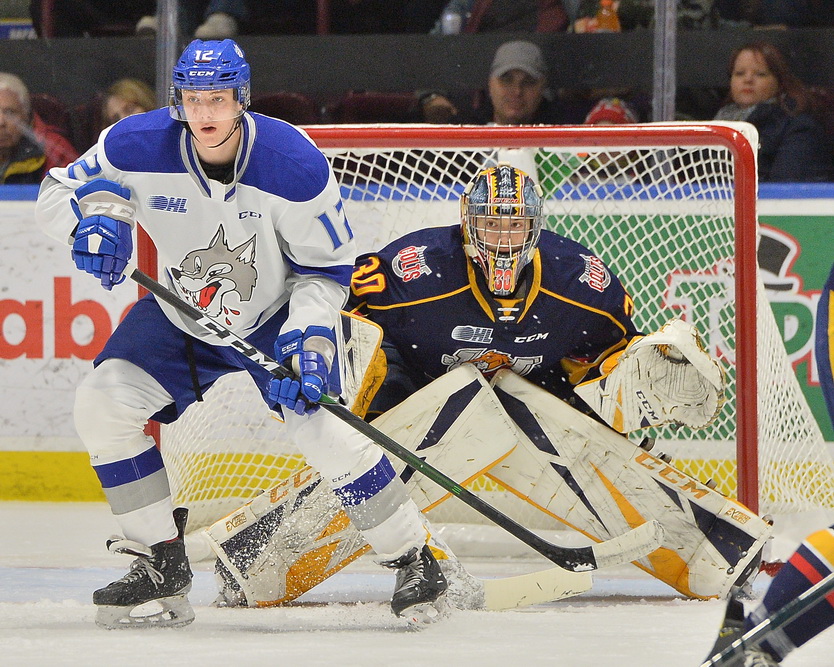 NHL draft prospect Quinton Byfield would score the equalizer midway through the third period and then just 31 seconds into overtime sealed the 3-2 victory for the Sudbury Wolves over the Colts Thursday night.

Barrie native, Mitchell Weeks made 28 saves in the win for Sudbury while Arturs Silovs turned aside 38 in the loss snapping the Colts three game win streak. Victor Hadfield and Tyson Foerster had the Colts goals.

The Barrie Colts were back in action Thursday night, playing the 6th matchup of the season with their division rival, the Colts were looking for redemption as the Wolves had taken all five previous matchups.

With the Wolves on their first powerplay of the game they struck first scoring at 9:37 of the first period. Standing at the top of the left circle Jack Thompson one timed a bullet over the shoulder Silovs to make it 1-0.

Silovs making his third start in the last four games for the Colts made a number of strong saves including 12 in the opening frame to keep the Wolves lead to just one.

Just 37 seconds into the second period the Colts responded on the powerplay. Off the faceoff win Evan Vierling would slide a pass back to Foerster who teed up his 22nd of the season. Aidan Brown also picked up an assist on the tying goal.

Early on the third the boys would put the pressure on and take their first lead of the night. Skating it to the middle Hadfield let a wrist shot fly. The puck deflected by a Wolves player on its way to the net found the twine, earning Hadfield his 5th of the season.

Four minutes later the Wolves would claw right back to draw even at two. A turnover at the Colts blueline would send Byfield in alone with a quick snap shot past Silovs.

Neither team could solve the opposing net minder to take the lead and for the third straight game the Colts headed to overtime.

Just 31 seconds into the extra frame, Byfield skated in from the right wing and deked past a sliding Colts defender and slipped a quick shot under Silovs pad to take the win.

The Colts will be right back at it as they continue a three in three weekend. Tomorrow nigh they head south to take on another Central Division opponent in the Niagara Icedogs before returning home Saturday night to play host to Shane Wright and the Kingston Frontenacs, puck drop as always 7:30pm. 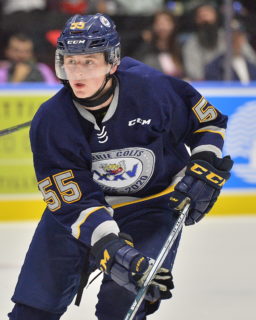