Bulldogs Outlast Colts to Hang on to Victory 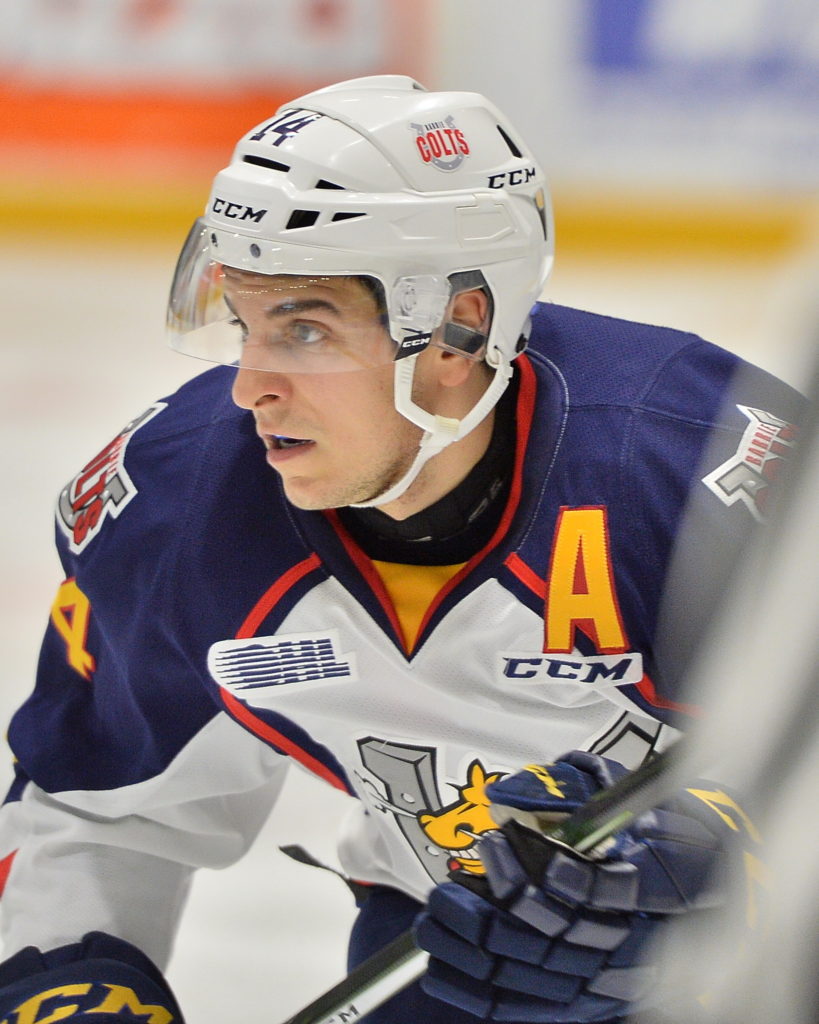 The Hamilton Bulldogs would take a hard fought 3-2 victory Friday night thanks to a two goal strong performance on the back of Marian Studenic.

After getting down by two early, the Colts would bounce back with two of their own from Anthony Stefano, notching his 16th and 17th goals of the season, but the Bulldogs would seal it in the third with Studenic burying the game winner midway through final frame.

Ruan Badenhorst got the call in net for the Colts playing one of his best games of the season, making 30 saves to keep this one close.

The Colts coming off a close one-goal loss the previous night headed south Friday night to face the Bulldogs at First Ontario Centre.

These two teams having played two weeks ago had certainly not settled the tempers; the Bulldogs were looking to repeat their triumph and the young rebuilding Colts knew they would need to have discipline to have success.

The Colts taking on a Bulldogs team that hadn’t won in three straight contests would be looking to get off to a better start.

Hamilton wouldn’t give up the puck for most of the opening minutes, drawing a holding penalty early against the Colts.

The Bulldogs would convert on that penalty. Studenic would send a shot from the top of the circle, Badenhorst making the initial save, but Brandon Saigeon standing in front, batted the rebound out of the air to put the Bulldogs up 1-0 early.

The Bulldogs powerplay would continue their work against the Colts. Five minutes later, off an opportunity by Saigen, the puck would get in behind Badenhorst, sitting loose in the crease Studenic would find it to shovel it into the Barrie goal.

Just past the midway point of the period, the Colts would respond. On their own man advantage Anthony Stefano with a drive from the offside wing would beat Dawson Carty to cut the lead in half. Lucas Chiodo and Kade Mandry with the assists.

The game would settle into a bit of a tennis match for the rest of the first with both teams trading chances back and forth. At the end of twenty minutes the Colts would trail 2-1 going into the first intermission.

Barrie would begin the second period with a push. Barrie’s Chris Cameron would make a monster hit on Bulldogs Zack Jackson. Sagian would immediately come to the defense of his teammate dropping the gloves squaring off with Cameron, getting the fans to their feet.

With less than two minutes to go in the middle frame the Colts would get a great break and a great bounce. Stefano jumped on the loose puck turning to fire quick and beat Carty through a crowd to knot things up at two getting his second of the game. Chiodo and Landry collecting assists once again on the play.

Badenhorst would continue to be stellar in goal making 19 saves through forty minutes and carry the tie into the third period.

For most of the third period the Bulldogs would keep the chances coming, Hamilton throwing shots from all around the net.

Just past the midway point of the final period. The Bulldogs right off a face off win, would send a shot on goal, Studenic once again, going hard to the Barrie goal would collect the rebound and bury it past Badenhorst.

The Bulldogs would attempt to bleed the clock the rest of the way and play a defensive attack to limit the Colts.

With just over two minutes remaining in the third the Colts would get one more opportunity on the powerplay. Badenhorst would be sent to bench for the extra attacker, but Barrie would not generate any scoring chances before the clock would run out.

The Colts will return home tomorrow night at the Molson Centre to host the Sarnia Sting, puck drops at 7:30pm