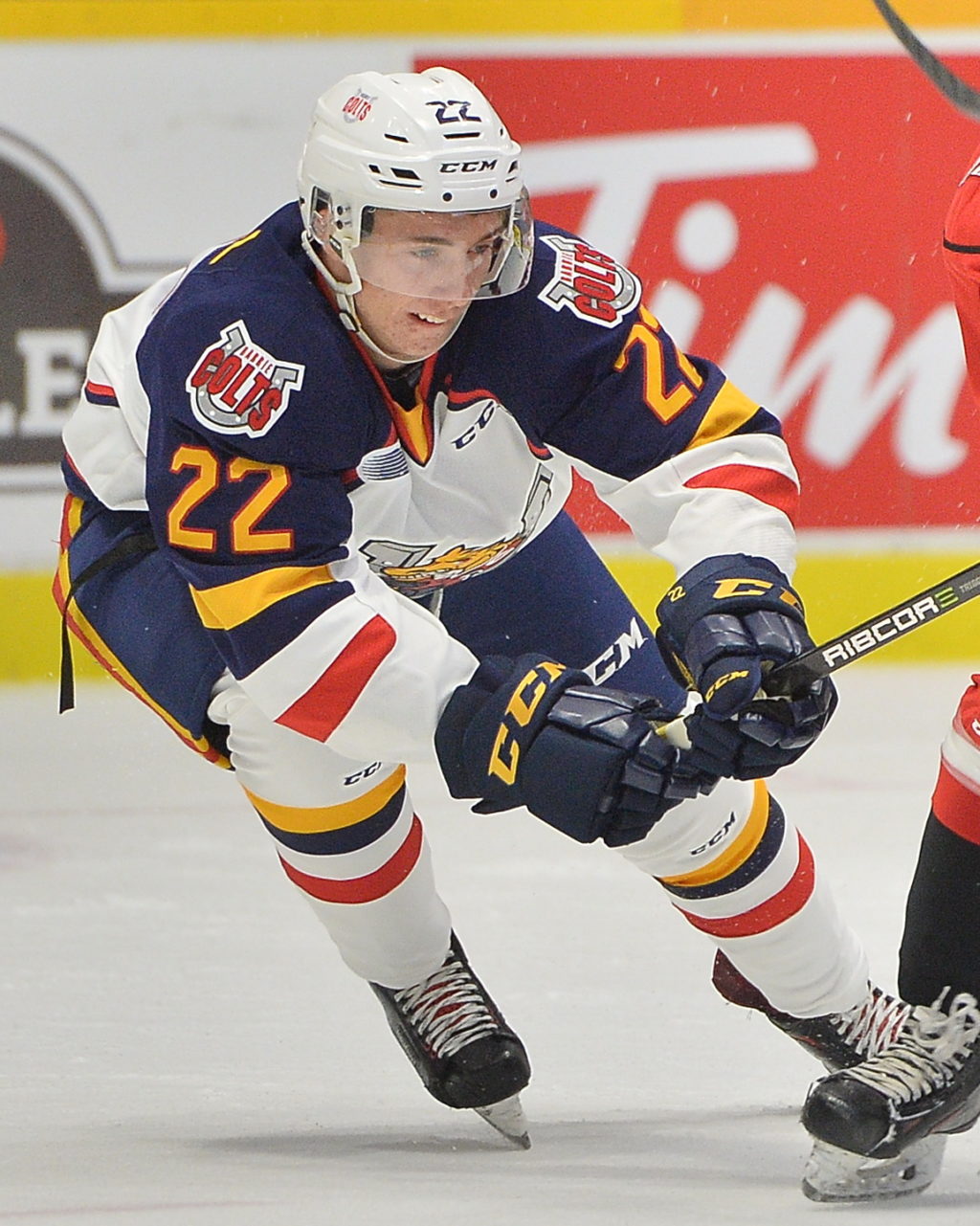 It was a slow start to the weekend for both teams Thursday night. In what seemed to take a period for both teams to wake up, eventually a third period providing plenty of fireworks would eventually see Isaac Nurse put the Bulldogs ahead for good as the Colts would come up short 3-2.

The Colts beginning a pivotal three game weekend would need to play hungry if they wanted to climb the standings and get back in the playoff picture.

Kicking things off Thursday night hosting the Hamilton Bulldogs. Both teams would be without their top scorers and NHL draft prospects, as Ryan Suzuki and Bulldogs forward Arthur Kaliyev were still on their way back from the CHL Top Prospects game one night prior in Red Deer.

The first twenty minutes wouldn’t provide much for the home crowd as an uneventful first period would remain scoreless.

Luke Bignell, playing in his 100th career OHL game would finally break the deadlock midway through the second. Barrie native Jake Partridge would speed up the ice before putting on the breaks just over the blue line. He’d find a streaking Bignell going hard to the net, and tip in his 7th of the season.

The primary assist was Partridge’s first as a Barrie Colt, with the secondary going to Tyson Foerster.

A Colts penalty just a minute later would leave the door open for the Bulldogs to fight right back and capitalize with a quick response.

The boys would have a slight edge on the shot clock over Hamilton 22-20, but would have to begin the third down a man after a double minor high sticking call went against the Colts.

Into the third, the Bulldogs wouldn’t waste any time and knock the first two minutes off the penalty. Liam Van Loon would give Hamilton their first lead of the game just over a minute into the kill by banging in a loose puck in the Colts crease.

After Ben Hawerchuck would fool Zachary Roy to get the equalizer for his 18th, Isaac Nurse would restore the visitors lead again just past the midway point of the final frame.

The Colts would throw everything they could at Roy to round out the period, including 6 shots on a late powerplay but with the goalie out the time would wind down and give the Dogs the victory.

Barrie will continue their 3 in 3 weekend as they travel down to Mississauga tomorrow night before returning home Saturday night for a 7:30 match up with the Frontenacs at the Barrie Molson Centre.