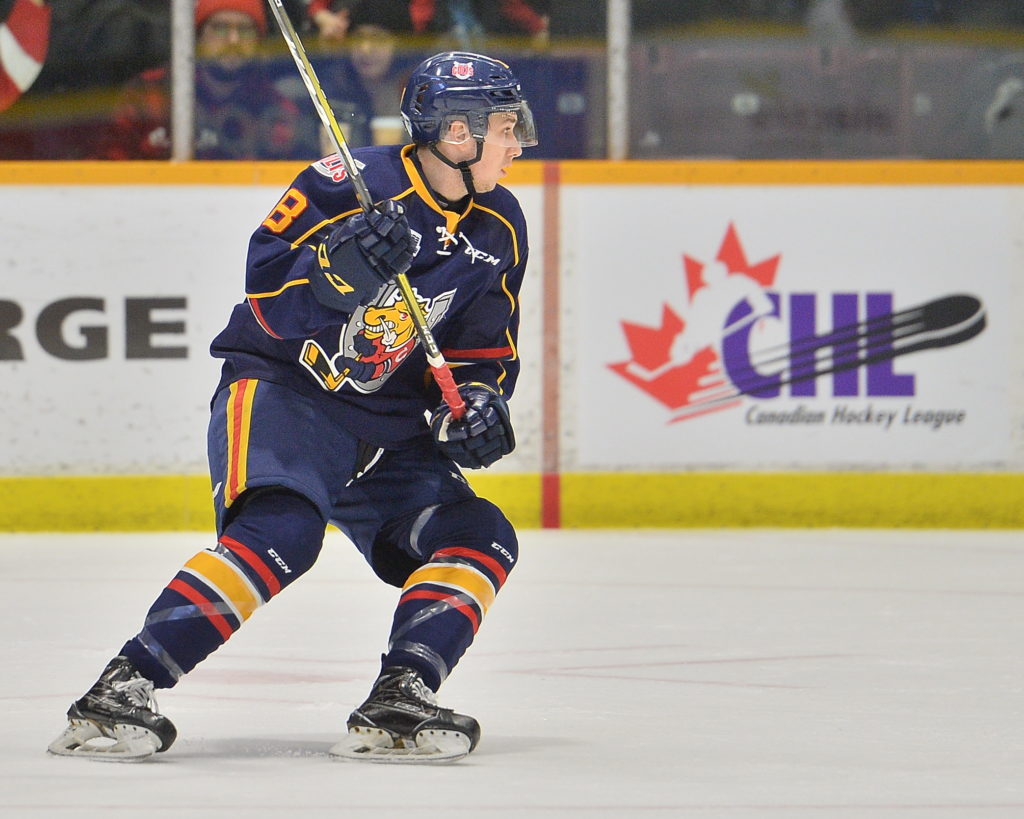 The Barrie Colts were on the road today for a Thanksgiving afternoon matchup against the Hamilton Bulldogs. The Colts were riding a four-game point streak heading into this one.

The Colts ran into some penalty trouble early in the first period going down 5 on 3 for a minute and a half, but successfully killed it off and gained momentum. Shortly after that it was Hamilton taking a penalty and Matej Pekar capitalizing on it, with Tyson Foerster getting the assist. The Bulldogs would answer though off the stick of Jan Jenik with Arhur Kaliyev assisting. The first period ended tied up at one.

In the second period Kaliyev would find the back of the net on the powerplay breaking the tie. Jenik and Logan Morrison assisted. Later in the period on another powerplay it was Morrison scoring, assisted by Tag Bertuzzi and Nathan Staios. The Colts would strike back on the powerplay with Foerster ripping home a wrister from the high slot. Luke Bignell and Ryan Suzuki added assists on the goal. Less than a minute later Riley Piercey would score to tie the game at three. Brandt Clarke and Nathan Allensen assisted on Piercey’s third of the season. With under two minutes to play, Jake Gravelle would put Hamilton up by one with a hard shot from the point assisted by Morisson. After that, with three seconds left in the period, Foerster would score on a one-timer on the powerplay. Tyler Tucker and Jason Willms picked up the assists on Foerster’s second of the game, ending the second period in a 4-4 tie.

Early in the third period it was Kaliyev scoring again for the Bulldogs on a lacrosse-style scoop goal from behind the net. Michael Renwick and Jan Jenick assited. Tag Bertuzzi would get the next one for Hamilton, assisted by Avery Hayes and Logan Morrison to put the Bulldogs up by two. Barrie would respond with just over five minutes left in the third. Luke Bignell batted one out of the air on his backhand to bring the Colts back within one. Riley Piercey and Aidan Brown added assists on the goal. Late in the frame the Colts would pull the goalie and had lots of pressure, but Jenik would steal it and score on the empty net, assisted by Kaliyev.

The Barrie Colts are back in action on Thursday night as they host the Sarnia Sting.