Bounce Back vs. Bulldogs Wraps up Preseason Action 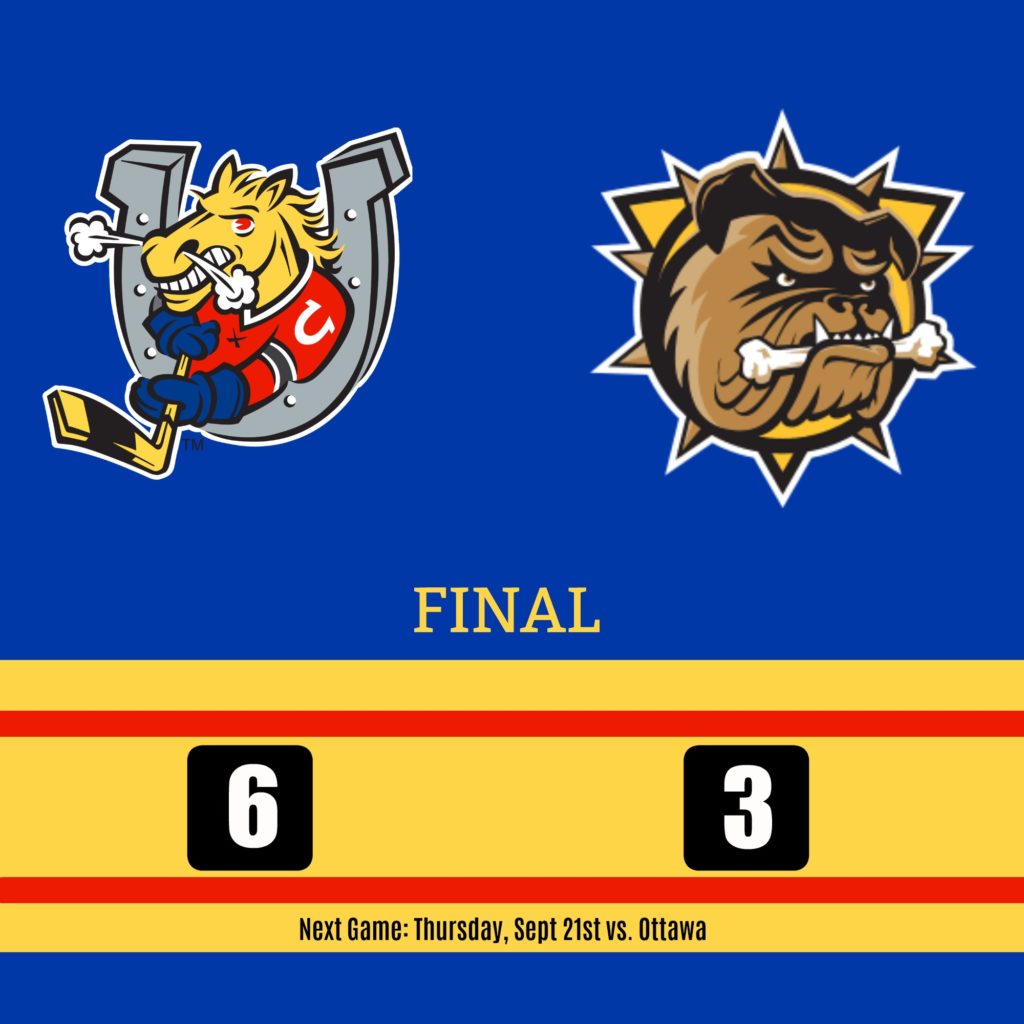 A day after falling to the Hamilton Bulldogs at home, the Barrie Colts were able to give it right back to Hamilton 6-3.

Barrie was lead by Andrei Svechnikov with 2 goals and one assist on the evening.

It took nearly an entire period before the scoring was opened.  Jason Willms who’s had a strong preseason for the Colts continued it on this night as he would open the scoring.  Ryan Suzuki and Lucas Chiodo would add the assists on the opening marker.

The period would end that way, but the score didn’t stay that way for long.  Hamilton would take just over a minute to get on the board in the second period.  Artur Kaliyev would record Hamilton’s first marker of the game, putting it past Leo Lazarev, who was making his first start in a Colts uniform.

Then would come a flurry of Colts action.  Barrie would score four unanswered goals to build up a 5-1 lead.

Hamilton did score a late one to carry a 5-2 deficit in the 3rd period.

Just eighteen seconds into the third period it was Svechnikov putting the nail in the coffin with his second of the game.

Hamilton would add another one in the period, but that was as close as they would get.

Barrie wraps up the preseason with a 3-2-0-1 record and hand Hamilton their only loss during preseason action.

The meaningless games are now over with.  Regular season hockey kicks off this coming Thursday for the Colts as they play host to the Ottawa 67’s at the Barrie Molson Centre.