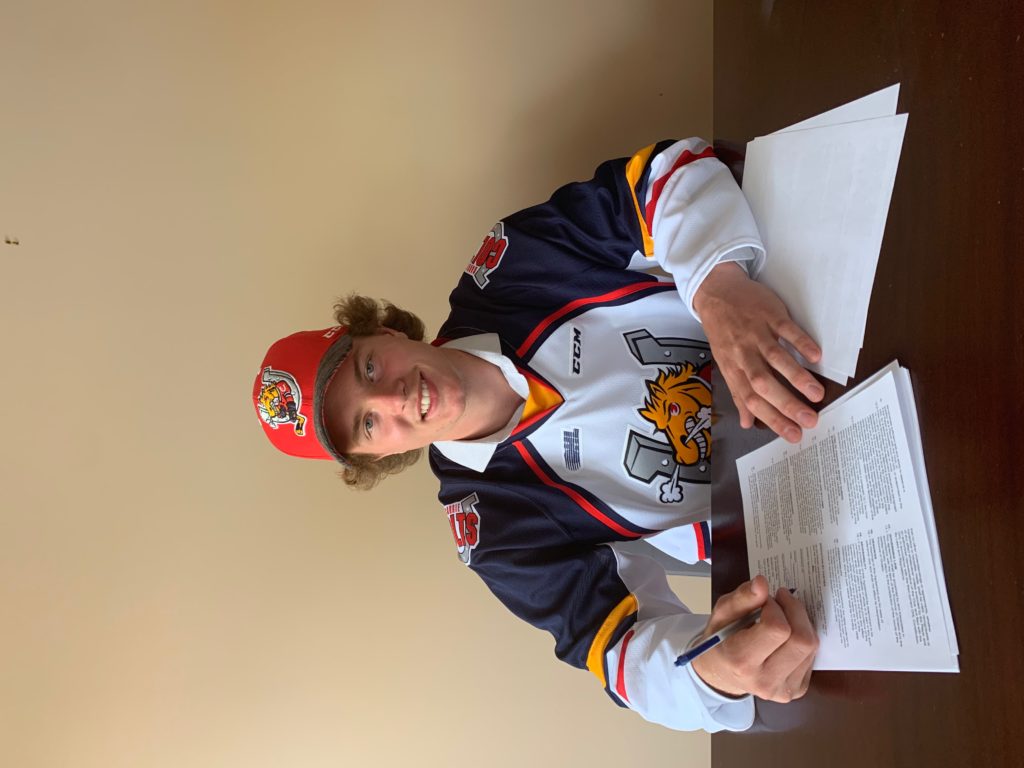 The Barrie Colts have signed prospect Oliver Smith to a Standard Player Agreement.

2003 born Smith from Sudbury, Ontario was selected by the Barrie Colts in the 9th round, 167th overall, in the 2019 OHL Priority Selection.

“It is such a pleasure to be a part of a great organization and I could not be happier. Ever since minor hockey the goal and focus has been on making it to the next level, for me being the OHL. To have finally signed means a lot to me and I can’t wait to get started”, said Oliver.

Oliver showed talent playing for the Rayside-Balfour Canadians of the NOJHL during the 2019-2020 season. In 54 games, Smith tallied up nearly a point per game at 47 total points (28 goals and 19 assists) and 27 penalty minutes. During the shortened 2020-2021 season with the Canadians, he put up an additional 8 total points (4 goals and 4 assists) in only 10 games played.

“I was very privileged to play 5 games with the team as it was a great learning experience and a chance to get to know the guys on the team. One of the things I was able to take away was to keep things simple by making the easy play and not forcing any plays. The second thing I took away from that experience was to make sure that the little things are done right, such as getting the puck out of the defensive zone and getting it in deep. If these are not focused on, it makes the game a little tougher”, added Smith.

“Oliver had an impressive rookie season with the Rayside-Balfour Canadians in 2019-2020. He was one of the top producing 16 year old’s in the NOJHL and he continued that success during limited play this past season. We are excited to add him to our group for 2021- 2022”, commented Barrie Colts Assistant General Manager Rob Stewart.