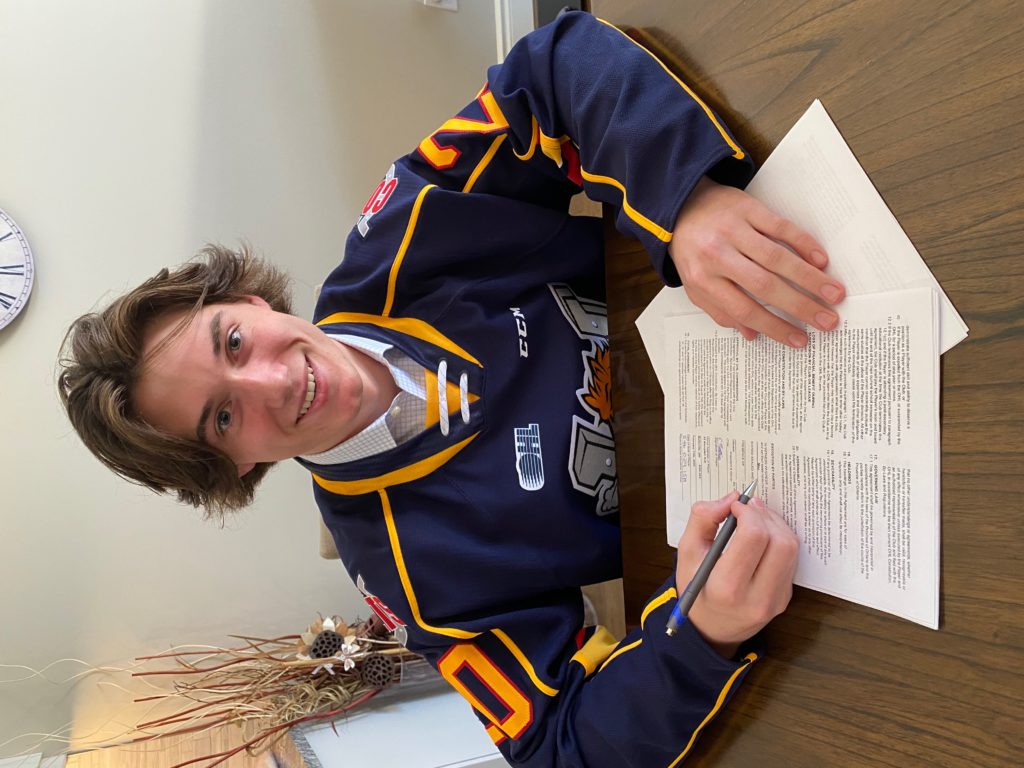 The Barrie Colts have signed prospect Cooper Matthews to a Standard Player Agreement.

Matthews, a 5’9”, 161 lb. forward from Belleville, ON was selected by the Barrie Colts in the third round, 48th overall at the 2020 OHL Priority Selection.

“I’m really excited to get things started and to have the season start,” said Matthews in a statement. “I’ve heard lots of good things about the team, staff and organization and I can’t wait to get things going.”

Matthews played 17 exhibition games for the Wellington Dukes of the OJHL and notched eight points (4g-4a) in limited action as the majority of the 2020-21 season was cancelled due to the Covid-19 pandemic.

He skated for the Quinte Red Devils U16 AAA squad for the duration of the 2019-20 season. The 17-year-old recorded 56 points (27g-29a) in 36 games with only four penalty minutes. Furthermore, he put up 11 points (3g-8a) in eight postseason contests and chipped in another eight points (5g-3a) in five games at the OHMA MM AAA tournament.

Barrie Colts Assistant General Manager Rob Stewart spoke highly of Matthews and indicated that the young forward has strong potential to find his place in the lineup for Barrie.

“Cooper was fortunate to get some Jr. A games in last season and showed extremely well,” said Stewart. “He is a dynamic skating winger with good scoring prowess that will fit nicely with our club this coming season.”

Join us in welcoming Cooper Matthews to the Barrie Colts Hockey Club.