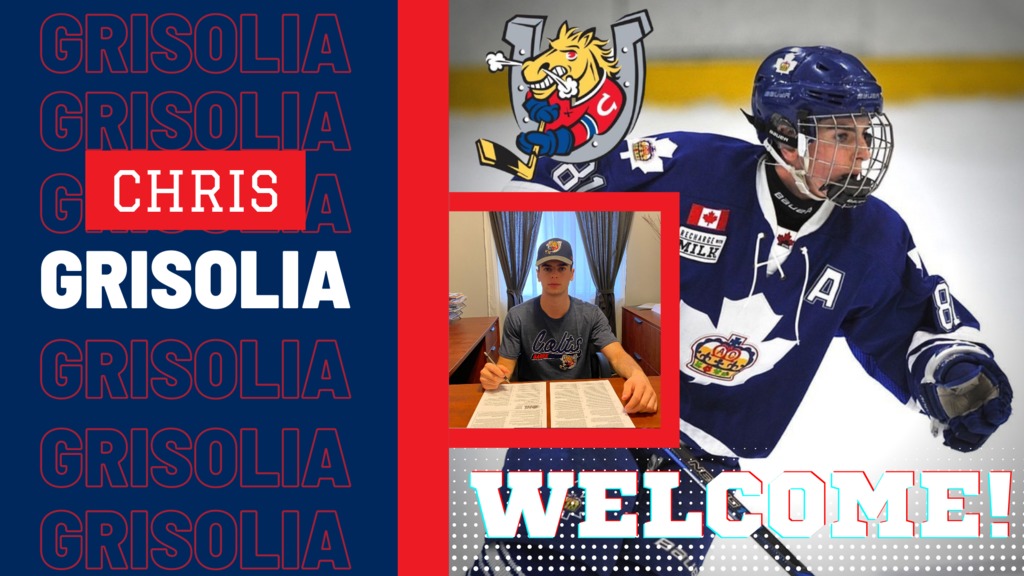 The Barrie Colts have signed prospect Chris Grisolia to a Standard Player Agreement.

Grisolia was drafted by the Colts in the 2nd round of the 2021 OHL Priority Selection, 24th overall from the Toronto Marlboros U16.

“Chris is a player that impressed our staff from the first time we saw him last season. His compete level and puck pursuit, paired with his skill and hockey sense make him an impactful player every time he steps on the ice. Chris is going to be a big part of the future here in Barrie”, commented Rob Stewart, Barrie Colts Assistant GM.

Colts Country, join us in welcoming Chris to Barrie!