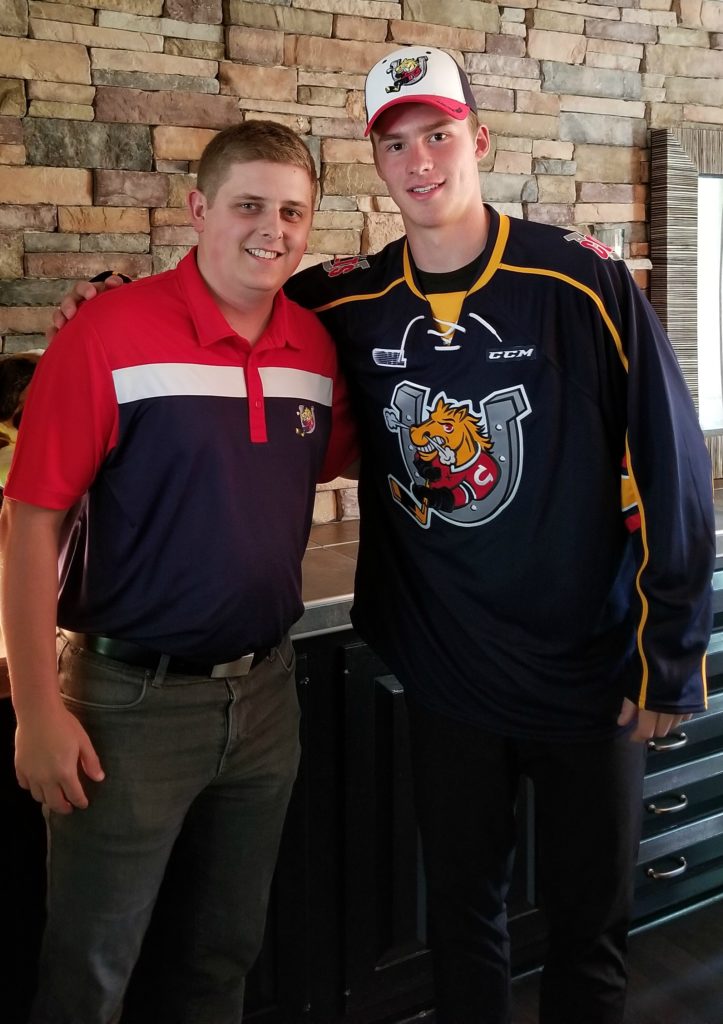 Barrie, ON – The Barrie Colts of the Ontario Hockey League announced that 17 year-old forward Andrei Svechnikov of the USHL Muskegon Lumberjacks will be the first overall pick in the 2017 CHL Import Draft.

“The opportunity to have the first selection in the CHL Import Draft is especially exciting for us,” Colts GM Jason Ford said. “When you happen to be in the position to acquire a player of the caliber of Andrei, that changes the caliber of our whole team. We’re thrilled that Andrei chose to come to the OHL and the Barrie Colts. He will make a big impact this year”, added Ford.

“Andrei is a very skilled hockey player. He’s a natural goal scorer and we’re fortunate to have player like that joining the team. He’s one of those players that make his teammates on the ice better. He fits perfectly into the role we need and expect from him”, said Colts Head Coach Dale Hawerchuk. “He’s eligible for the 2018 NHL draft and from everything we’ve heard and know about him, I think he’ll be picked early”, he added. “Our fans will be excited to have a player of this caliber joining the team that they come to watch every week. It will be a great year to be a Barrie Colts fan. Our fans have been lucky to have watched players Aaron Ekblad, Mark Scheifele, Bryan Little, Tanner Pearson and Andrei is another player of that calibre”, added Todd Miller, Assistant Coach.

Svechnikov, a 6.2’, 187 lb left shot winger, finished the 2016-17 USHL season with 58 points in 48 games. He also played for Russia in the WJC under 18 tournament putting up 4 goals and 5 assists in 7 games helping Russia win Bronze. His hometown is Barnaul Russia.

“I am extremely excited and honoured to be chosen first overall in the CHL import Draft,” Svechnikov said.  “And I am very excited to be coming to the OHL and the Barrie Colts.  I want to thank the Barrie Colts ownership, management team and scouting staff for choosing me.  I’m looking forward to moving to Barrie, meeting my new teammates and being part of a championship team”, he added.