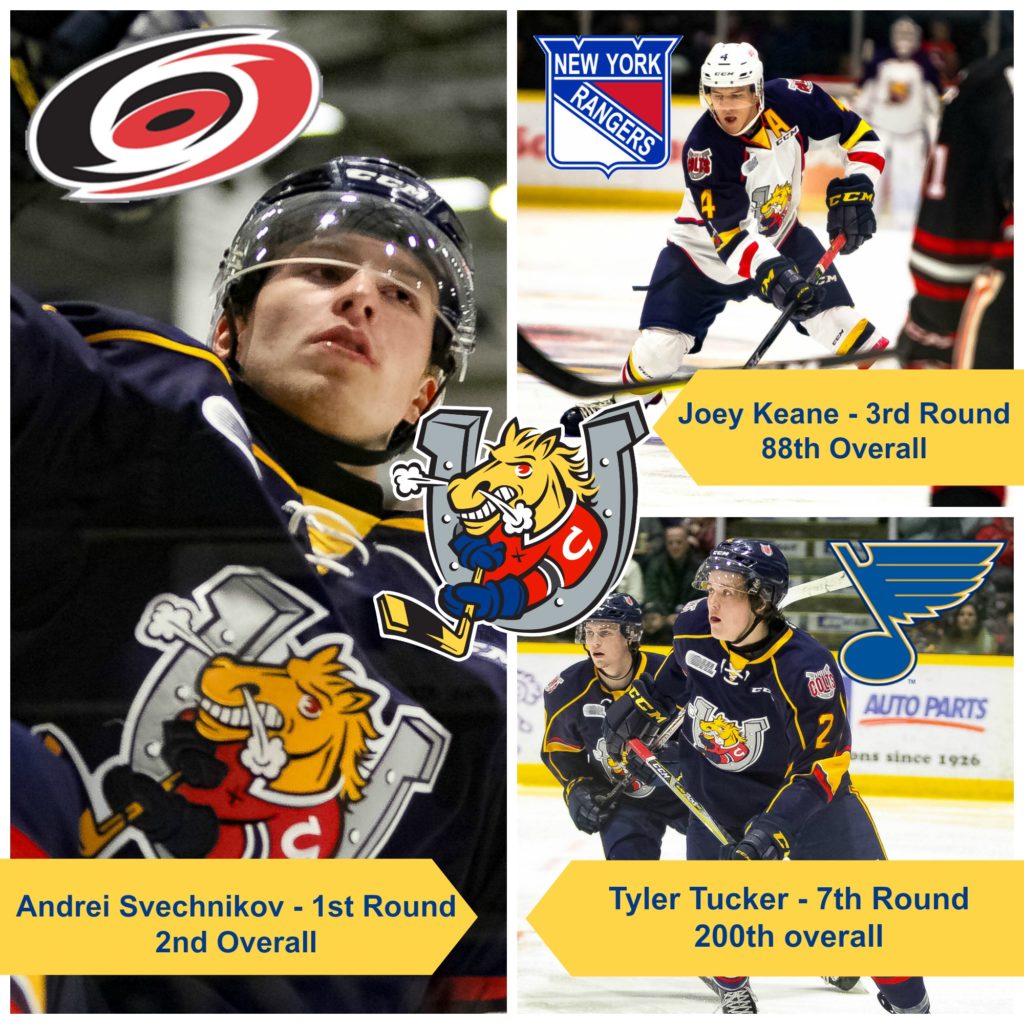 It was a day to remember for three of your Barrie Colts this weekend at the 2018 NHL Entry Draft in Dallas.

Andrei Svechnikov, Joey Keane and Tyler Tucker all had their names announced and are one step closer to their dream of playing in the National Hockey League.

Day one was no surprise for Colts fans and forward Andrei Svechnikov who was selected 2nd overall by the Carolina Hurricanes.  The 18 year old Russian had been projected 2nd overall for the entire season and it held true.  The Barnaul, Russia native had an incredible rookie season with the Barrie Colts, collecting the Rookie of the Year award with 72 points in 44 games (40 goals, 32 assists).  A well deserved honour for a player who has worked so hard to get to where he is.  Early speculation has Svechnikov sticking with the Carolina Hurricanes next season in the NHL.

The second Barrie Colt to hear his name was defensemen Joey Keane.  Day two of the NHL Draft went on Saturday with round two through seven.  It was in the 3rd round and 88th overall that the Homer Glen, IL native was taken by the New York Rangers.

A year removed from his first draft year, Keane made a huge impact with the Colts this season.  After just 19 points in his rookie season with the club, the soon to 19 year old defensemen tallied 44 points and came in with a plus 45 rating, which was amongst the tops in the league.  The smooth skating defensemen is expected back with Barrie this season and you can bet will make yet another big jump to help the club towards a championship.

Last, but certainly not least Tyler Tucker heard his name called by the St. Louis Blues in the 7th round (200th overall).  The big rugged defensemen showed grit and composure this season, while logging big minutes as a second year defensemen.  The 18 year old from Thunder Bay, ON will be determined as ever to come back even stronger and look to be one of the best shutdown defensemen in the entire OHL.

The Barrie Colts organization would like to congratulate these players once again for their hard work and dedication to the game to get them to this point, but to remind them that the hard work has just begun. 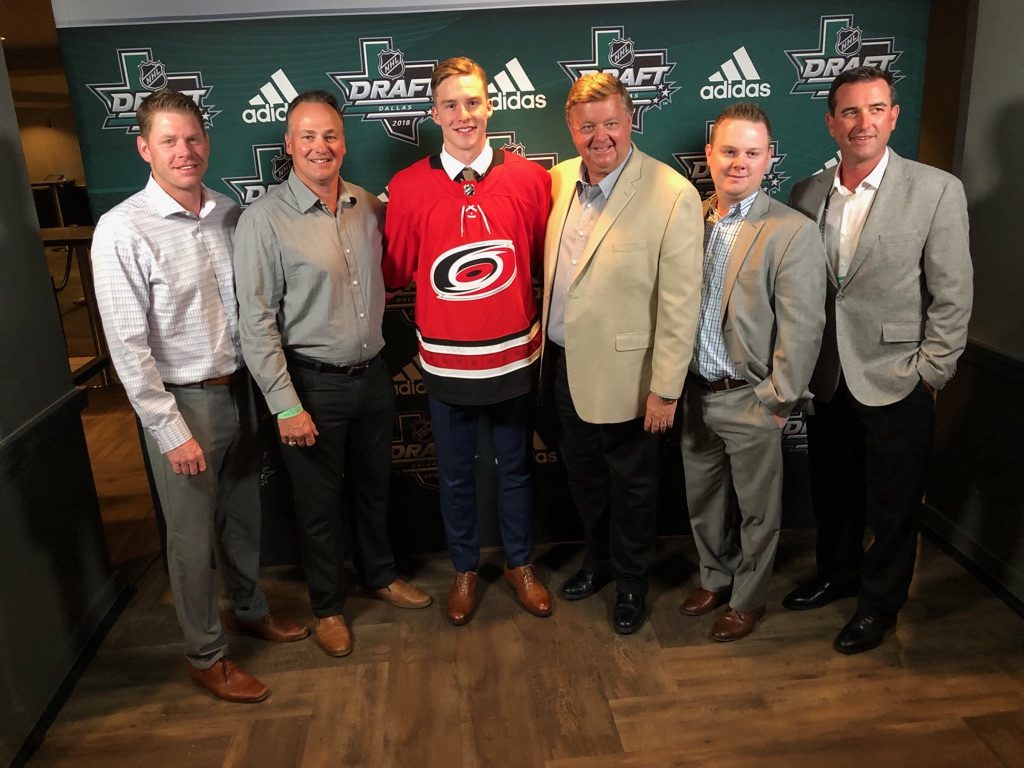