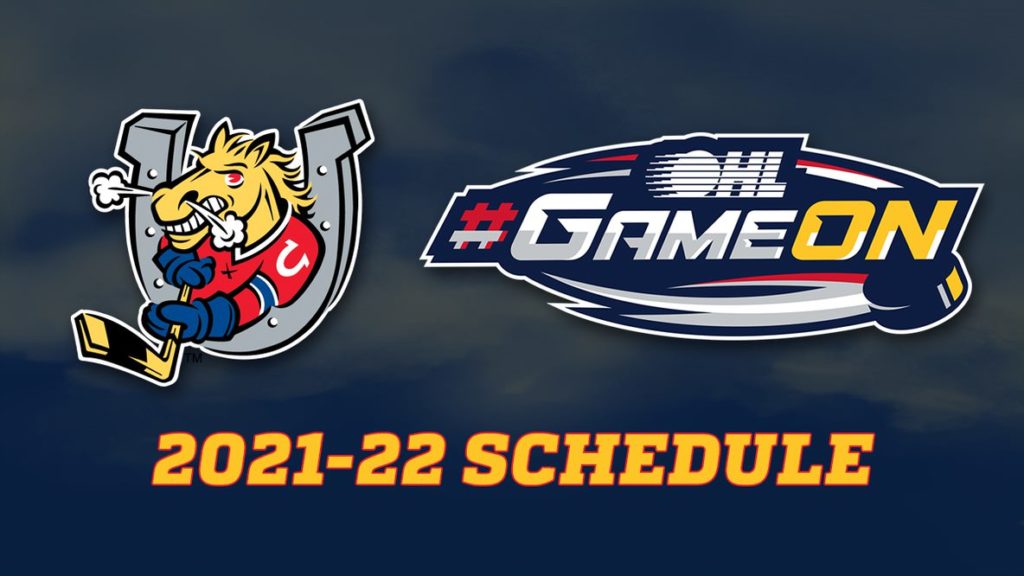 The Barrie Colts are excited to announce their full schedule for the 2021/2022 season.

Your Barrie Colts will be kicking off the season at home against the Niagara IceDogs on October 7th in our home opener.

The home schedule is as follows: 6 games in October, 4 games in November, 5 games in December, 5 games in January, 6 games in February, 7 games in March and 1 game in April. All home games remain at 7:30pm on Thursdays (14) and Saturdays (19) (with the exception of the annual New Year’s Eve game on Friday, December 31st when Barrie hosts Hamilton).

The away schedule is as follows: 4 games in October, 5 games in November, 6 games in December, 5 games in January, 6 games in February, 7 games in March and 1 game in April. The Colts have an interesting schedule with six 3-in-3’s (one in September, two in December, one in February and two in March). There are also 6 instances where the Colts play the same opponent on back-to-back nights. The 2021/2022 season has the Colts only facing off against 11 of the 19 opposing member teams, with no games scheduled against Erie, Flint, Guelph, Kitchener, London, Saginaw, Sarnia or Windsor.

The team is looking very strong for the next two seasons and we expect to be one of the top contenders in The Eastern Conference. We have many players returning and had very strong draft picks in the OHL Priority Selection, OHL U18 Draft and CHL Import Drafts in both 2020 and 2021.

“It’s great to think that with the release of our schedule today and the start of next season just around the corner, OHL hockey will once again be played in Barrie! I would like to thank all of our season ticket holders and sponsors who have stayed with us through these difficult times, it means a lot to have so much community support for the hockey club! We would like to welcome you all back to normalcy and hope you can, at some point, take in a Colts game, have dinner, grab a drink and cheer on the club. It looks like a really promising season ahead and we remain committed to winning an OHL championship and bringing a Memorial cup back to Barrie! See you all at the rink soon”, commented Barrie Colts President Howie Campbell.