Attack Steal One in Overtime 4-3 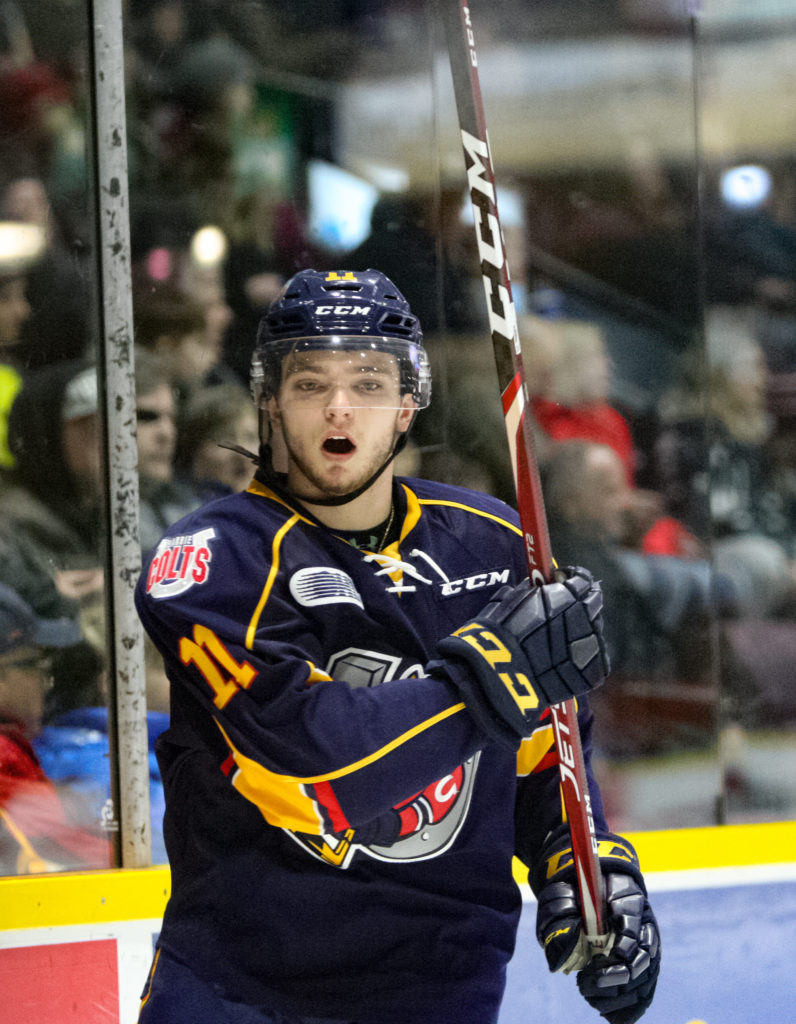 It took overtime for the Owen Sound Attack to take down the Colts 4-3 on Wednesday night.

The Attack and Colts were meeting for the second time in less than a week on Wednesday evening.

Unlike last Thursday, it was Barrie getting on the board first.  Similar to the Attack who scored two quick ones, they came from the same guy, and Barrie did the same to Owen Sound.

It was Jacob Tortora opening the scoring just over a minute into the game.  It was his 15th of the season, with Tyler Tucker and Jack York assisting on the opening goal.

Later in the period it was Tortora again, this time on the power play as Barrie took the 2-0 lead.  Tucker and Ben Hawerchuk grabbed assists on the second goal of the game.

Barrie would carry that lead in the second frame, where the home team would get on the board.

Daylon Groulx would open the scoring for the home club to cut the lead to one.

Very late in the period Owen Sound would even things up on a goal by Aidan Dudas to lock things up.

Before the horn would blow Barrie would regain their one goal lead.  Aidan Brown netted his 10th of the season to put the Colts back in front 3-2.

Late in the third when it looked like the Colts were going to grab the two points, Sergey Popov netted the tying goal to send things to overtime.  Despite giving up the lead, it was a very important first point for the Colts to get as they are in a tight playoff race in the Eastern Conference.

In the extra frame, Owen Sounds Dudas slid in the winner for the 4-3 victory.

Barrie won’t have much time to dwell on things as they are back in action tomorrow night as the bus heads to Peterborough to take on the Petes for the first time this season.