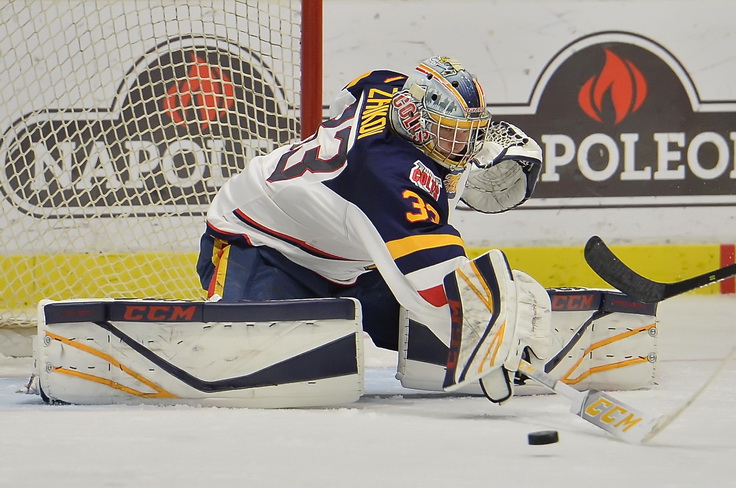 Nick Suzuki scored the game winner just under two minutes into the 3rd period in the Owen Sound Attack 3-1 win over the Barrie Colts on Saturday night.

It was a trip across highway 26 that gave way to the Colts heading into Owen Sound to kick off the month of December.

A rivalry that needs no introduction, these two teams have gone to war season after season despite being in separate conferences, they still meet each other six times during the season and tonight was just the second matchup of the season after the Colts embarrassed them in the home opener 9-2 on September 20th.

It was the home Attack that would get the first tally on the night as a shot by Zach Roberts along the wing found it’s way past Maksim Zhukov who was making his first start between the pipes since last Friday in Niagara.

Barrie would find a way to reply with the man advantage.  After turning the puck over at their blue line, the Colts went on the attack as Matej Pekar setup Justin Murray who walked into the slot and snapped home his 6th goal of the season, which tied the game at one heading into the break.

Lots of chances on both sides of the puck in the second period, but it would be twenty minutes of scoreless hockey heading into the third.

In the final period it was Owen Sound scoring twice to collect the win and revenge on the Colts for the seasons first matchup in Barrie.

That ends the weekend for the Barrie Colts who are back in action on Thursday night as they play host to Oshawa before heading back on the road for the weekend to Sudbury and Sault Ste. Marie.