Allensen Inks Deal with the Colts 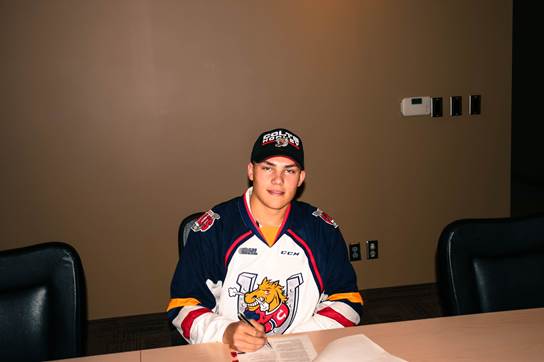 “Nate will bring stability to the back end and will be a key contributor in a variety of facets as he gains experience in the OHL. He is a smart, puck-moving defenseman that skates well and sees the ice extremely well. He has logged key minutes on the power-play throughout his minor hockey, and brings a calming presence to the back end because of his patience with the puck.”

Allensen, 16, played last season in the with the Waterloo Wolves Minor Midget club, where he appeared in 32 games, tallying 10 goals and 30 points. The Barrie Colts selected the Waterloo, Ontario native in the 2nd round (32nd overall) in the 2017 OHL Priority Selection draft.

Barrie Colts training camp will begin on August 29th at the Barrie Molson Centre. Our Blue and White game will be held on August 31st @ 6pm.