A Family Day to Forget in Kingston 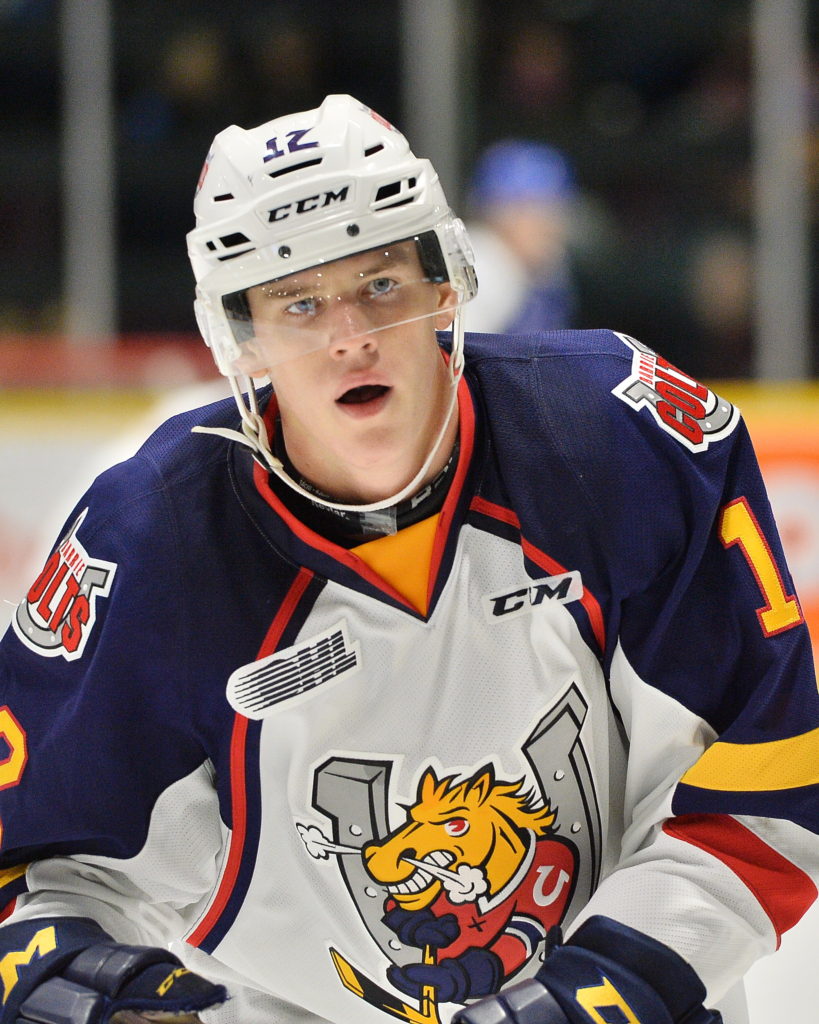 Jason Robertson’s natural hat-trick on family day was enough to put away the Colts 5-1 in Kingston.

Monday offered a rare afternoon game as it was a family day game in Kingston. Barrie was coming in having just beaten the North Bay Battalion 6-1 on Saturday night, looking to string together a couple of wins.

After both Christian Propp and David Ovsjannikov getting starts last week it was Ruan Badenhorst getting the nod. It wasn’t a strong start as just over three minutes into the game a shot from the point by Kingston’s rookie defenseman Eemeli Rasanen beat him on one he would want back. The goal was his 5th goal of the season as it opened up the scoring.

Halfway through the opening frame the Fronts were looking to extend their lead. After bringing the puck up ice Nathan Dunkley took the puck off of his skate and up to his stick but his backhand attempt was stopped by Badenhorst, keeping the score as it was.

Less than two minutes later the Frontenacs weren’t denied. After a harmless dump in the quick boards in Kingston worked in the home teams favour. Roberston was the beneficiary of the bounce as it landed right on his stick and he stepped out front and went upstairs with the backhand for his 30th goal of the season to extend the lead.

Barrie’s best chance came with less than three minutes to go in the period. Lucas Chiodo (who had two goals on Saturday against North Bay) beat the defense by going wide and pulled Mario Peccia across his crease and looked to have slid home the first goal, but Kingston’s rookie netminder came back with the glove and denied the opening tally for the Colts.

Before the buzzer could sound, it was Kingston adding another. Robertson once again as he was rewarded with the loose puck landing on his stick before he jammed it past Badenhorst to give the home team a 3-0 lead after twenty minutes of play.

About five minutes into the second at the end of a Kingston powerplay Roy Radke found Aidan Brown flying down the wing who got a good shot off but Peccia turned it aside keeping the Colts off the board.

On the Kingston side of things there really wasn’t much to talk about, that was until less than seven minutes to go in the period. Roberston was able to complete the natural hat-trick as he snapped home his third consecutive goal past Christian Propp (who started the second in relief of Badenhorst) to give Kingston a 4-0 lead.

That goal sparked them as they continued to pour things on. Off of a Jacob Pacquette shot from the blueline it was Linus Nyman burying the rebound to make it 5-0.

Moments later Barrie would finally get on the board. Roy Radke used his body to get two great opportunities in front. He was stopped on the first chance by the pad of Peccia, but the second one went off of a stick and into the net. The goal was Radke’s 16th goal of the season. The lone assist went to Kirill Nizhnikov.

Barrie had the best chance in the third period as Jason Smith was left alone in front of the net but had his shot go high and over the goal.

The two teams will square off one more time this season, as the Frontenacs will head to Barrie for our final game of the regular season on March 18th.

Barrie is back in action this Thursday as they kick off a three in three against the Hamilton Bulldogs. Puck drops at 7:30pm at the Barrie Molson Centre. Tickets still available at www.barriecolts.com