Hawerchuk and Colts Double Up Petes 4-2 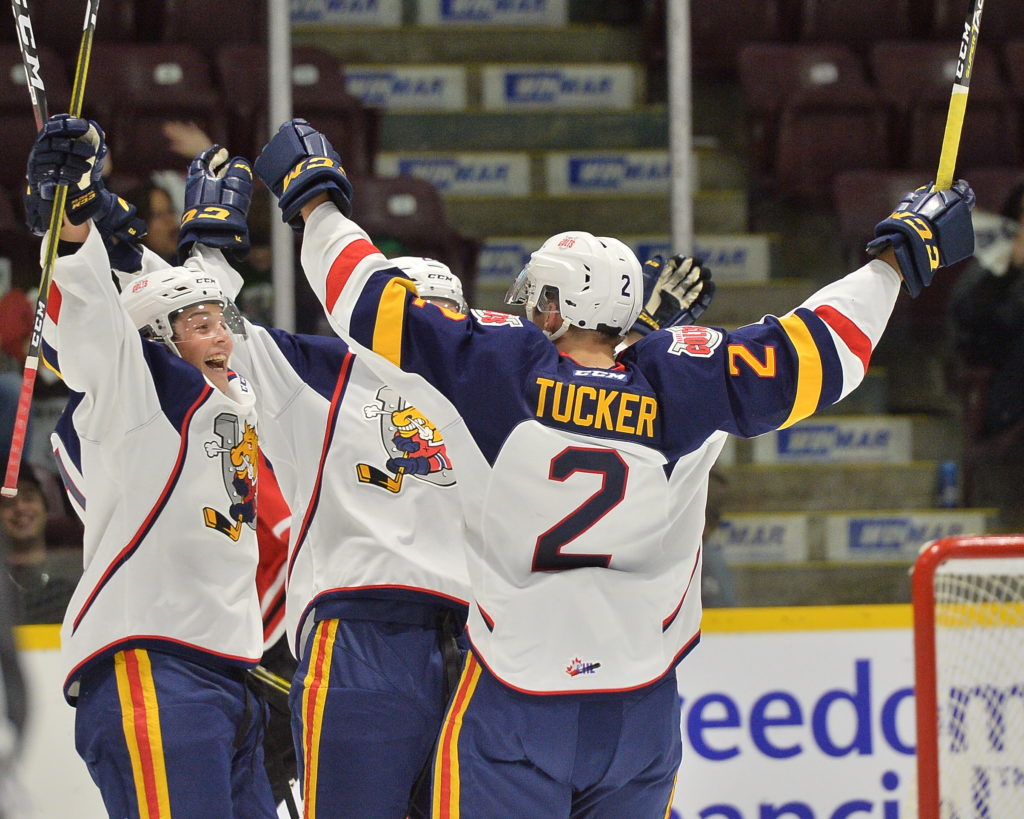 Despite it being Barrie and Peterboroughs 54th games of the season, it was just the first time the two teams were meeting this year.  The last time these two teams played each other was last March.

It also was the first time Jake Partridge took on his former team after being released by them earlier this season, before being picked up by the Barrie Colts.

Coming into this game, the Colts wanted a good start knowing every point is very important.  Well the start didn’t go as planned.  Just over thirteen minutes into the period it was the home Peterborough squad getting the opening goal.

Zach Gallant finished off a two on one that hit the post but banked off a Colts defender and into the net to put the Colts behind.

It would not phase them as just over two minutes later they would strike.  It was hard work in the corner by Sam Rhodes who got it out front to Ryan Suzuki who slid it across the ice to Ben Hawerchuk who hammered the puck home to tie things at one.  The goal was Hawerchuk’s 20th of the season.

1:59 after that, Barrie would take their first lead of the game.  This time it was the captain Jason Willms scoring his fourth goal in the last five games.  A point shot from Tyler Tucker left an opportunity for Hawerchuk at the side of the net, he was stopped but it was Willms putting home the rebound for his 14th of the year, giving Barrie the 2-1 lead into the break.

In the second period, it would take a long time before the scoreboard was changed.  It was a Barrie power play that extended their lead.  Hawerchuk added his second of the game and 21st of the season on a one-timer.  Nathan Allensen and Ryan Suzuki called assists.

Despite being outshot 23-14 Barrie carried a two goal lead into the second intermission.

In the final frame, it was more Barrie.  Jack York let one go from the point that made it through a screen and found the back of the net for his 5th of the season.  Tucker and Rhodes collected assists.

The Petes would add a late goal to make it 4-2 but that’s as close as they would get as the Colts picked up a crucial two points.