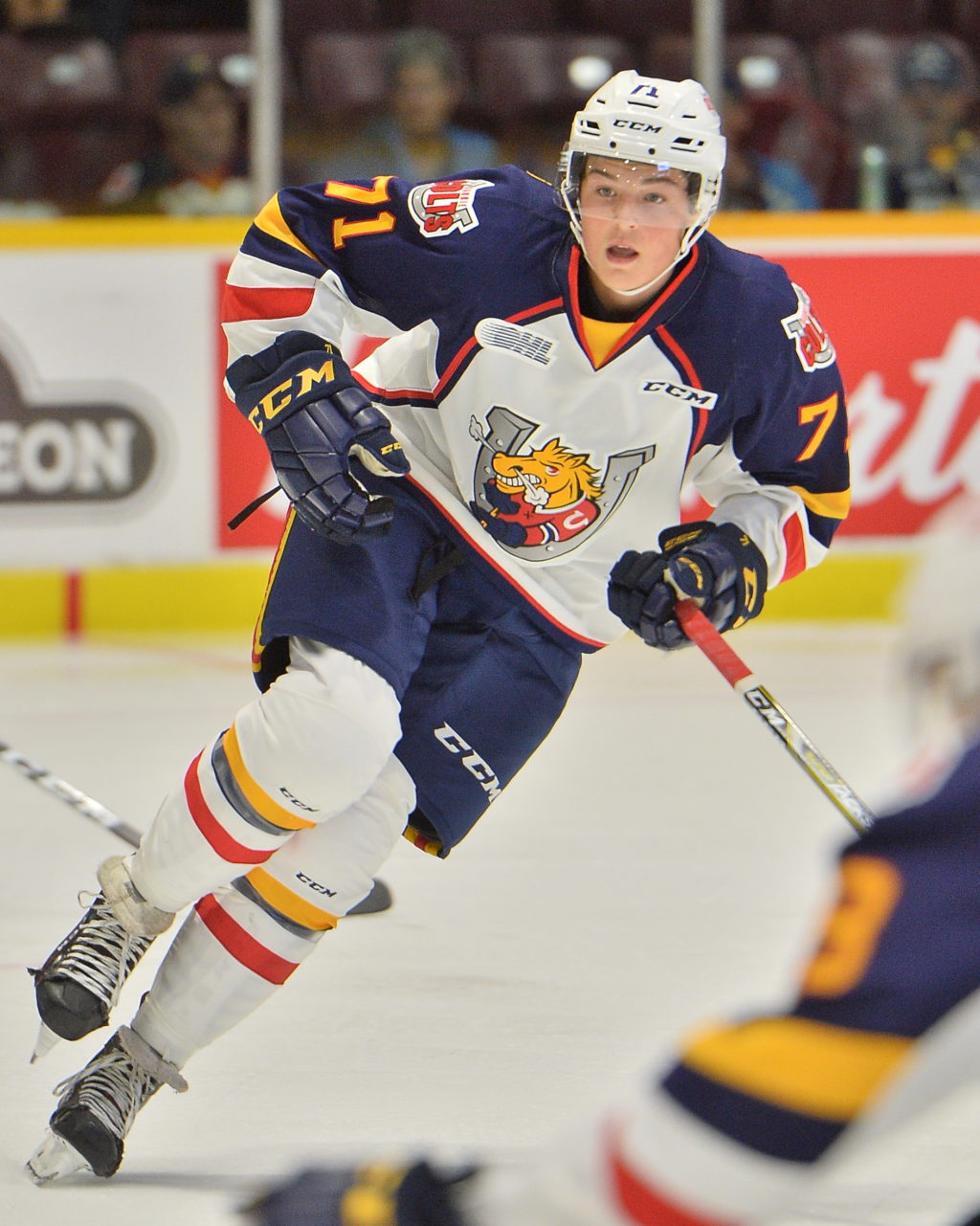 A stellar performance between the pipes by Maksim Zhukov and two third period goals by Barrie, propelled the Colts over the Frontenacs 4-2 on Sunday afternoon.

Thanksgiving Sunday featured a rematch between the two teams who were meeting for the first time since the Frontenacs finished off the Colts in six games at their home arena in the 2nd round of the OHL Playoffs last year.

Both teams came into this game with just 2 wins on the season, and Barrie was on a 3 game losing streak after a couple of losses this week to Mississauga on Thursday at home and yesterday to Ottawa on the road.

It was a milestone moment that would begin the action in this one.  Colts 3rd round pick in this past OHL Draft, Tyson Foerster collected his first career OHL goal by tipping in a Tyler Tucker point shot. That’s how the scoring would stay after twenty minutes of play.

In the 2nd period, Kingston would manage to tie things up thanks to a Jason Robertson goal that he bounced off Jason Willms and into the net, finally solving Maksim Zhukov who was making his second straight start.  Just fifty-one seconds later Barrie would restore their lead.  Tucker would fire a shot from the point that made it’s way through a screen and off the crossbar and in for his 3rd of the year, matching his goal total from a season ago.

In the final frame, Kingston would once again tie things up with a Jason Robertson tally. Yet, Barrie would bounce back for a second time, scoring just 1:02 after the tying goal.  Joey Keane would put a shot through a screen for his 2nd of the season.

Late in the 3rd, Ryan Suzuki would find Lucas Chiodo on the wing for a one-timed power play goal to extend the Barrie lead to 4-2. The goal was his 6th of the season.

Colts net minder, Zhukov once again played well, collecting his 2nd win of the season with a 38 save performance.

The win snaps a three game losing streak for the Barrie Colts.

Barrie is back in action with a couple more road games before coming back home next Saturday.  They will head to Niagara on Thursday night, followed by their third meeting of the season with the Wolves in Sudbury on Friday night, and finishing off the weekend back home with another game against the IceDogs.