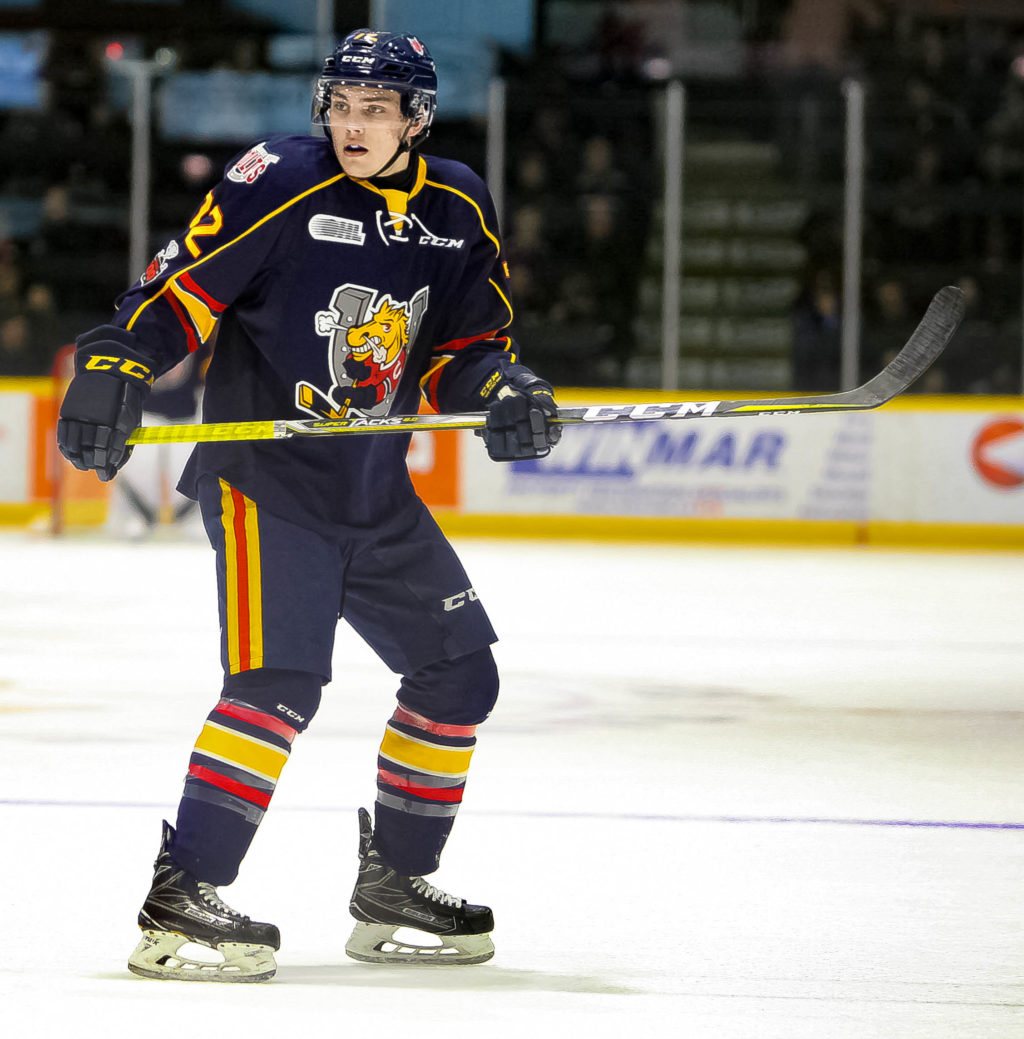 The Sudbury Wolves completed the two goal combeack  by scoring three unanswered goals against the Barrie Colts including the overtime winner, to finish off Barrie 3-2 in overtime.

Sunday afternoon served as the second of a back-to-back matchup between the Barrie Colts and the Sudbury Wolves.  The first of the series went to the Colts by a 10-3 score.

This night started off a little different as instead of Sudbury hitting the board first it was Barrie’s Ryan Suzuki getting the scoring started as the Colts took a 1-0 lead into the first intermission.  In the 3rd, it was the 2017 OHL 1stoverall selection lighting the lamp once again as he extended the Barrie lead.  Kai Edmonds was making his second straight start and was running comfortably into the latter part of the 3rdperiod before the home team took over.

At the 10:57 mark of the 3rdperiod, Darian Pilon put one behind Edmonds to break the goose egg.  Just minutes later Emmett Serentsis also beat the Colts netminder, tying the game. That’s how things would stay until the overtime period.

Just over two minutes into the extra frame it was the 2018 OHL 1stoverall selection, Quinton Byfield sending the Wolves fans home happy netting the game winner.

The goal evens up the season series at one game a piece and gave the Wolves the 3-2 victory.

Barrie is back in action on Thursday as they take on former Colt, Kyle Heitzner and the Mississauga Steelheads at 7:30 at the Barrie Molson Centre.  Tickets are available online at www.barriecolts.com as we celebrate Womens Hockey Night at the rink.