7 OHL Players to Represent Canada at World U18 Hockey Championship 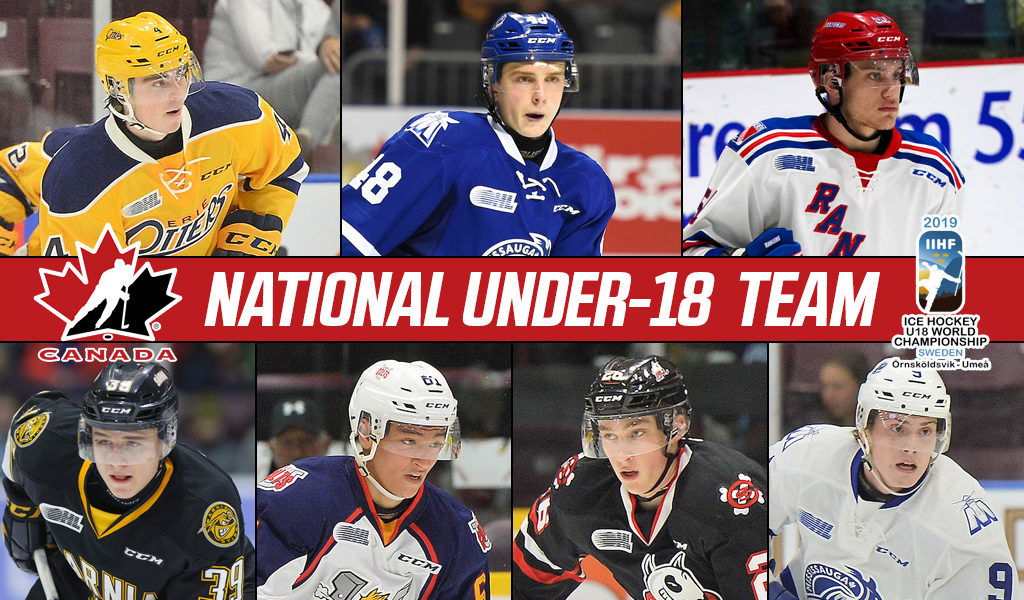 The roster also includes a total of nine players from the Western Hockey League and five from the Quebec Major Junior Hockey League.

Canada was perfect in pre-tournament play, defeating Belarus by a score of 6-5 in overtime on Saturday, following that up with a 5-4 win over Russia on Sunday.

Canada will look to claim gold for the first time since 2013 when it kicks off its tournament schedule against Finland on Thursday, April 18 at 1:30 p.m. ET/10:30 a.m. PT. Canada will also match up against Switzerland, Belarus and the Czech Republic in the preliminary round before the tournament wraps up with the bronze and gold medal games on Sunday, April 28.

TSN and RDS, Hockey Canada’s official broadcast partners, will broadcast 15 games, including all of Team Canada’s match-ups at the IIHF U18 World Championship, all quarter-finals, both semifinals and the bronze and gold medal games.

For more information on Canada’s National Men’s Under-18 Team, please visit HockeyCanada.ca, or follow along via social media on Facebook, Twitterand Twitter.com/HC_Men.