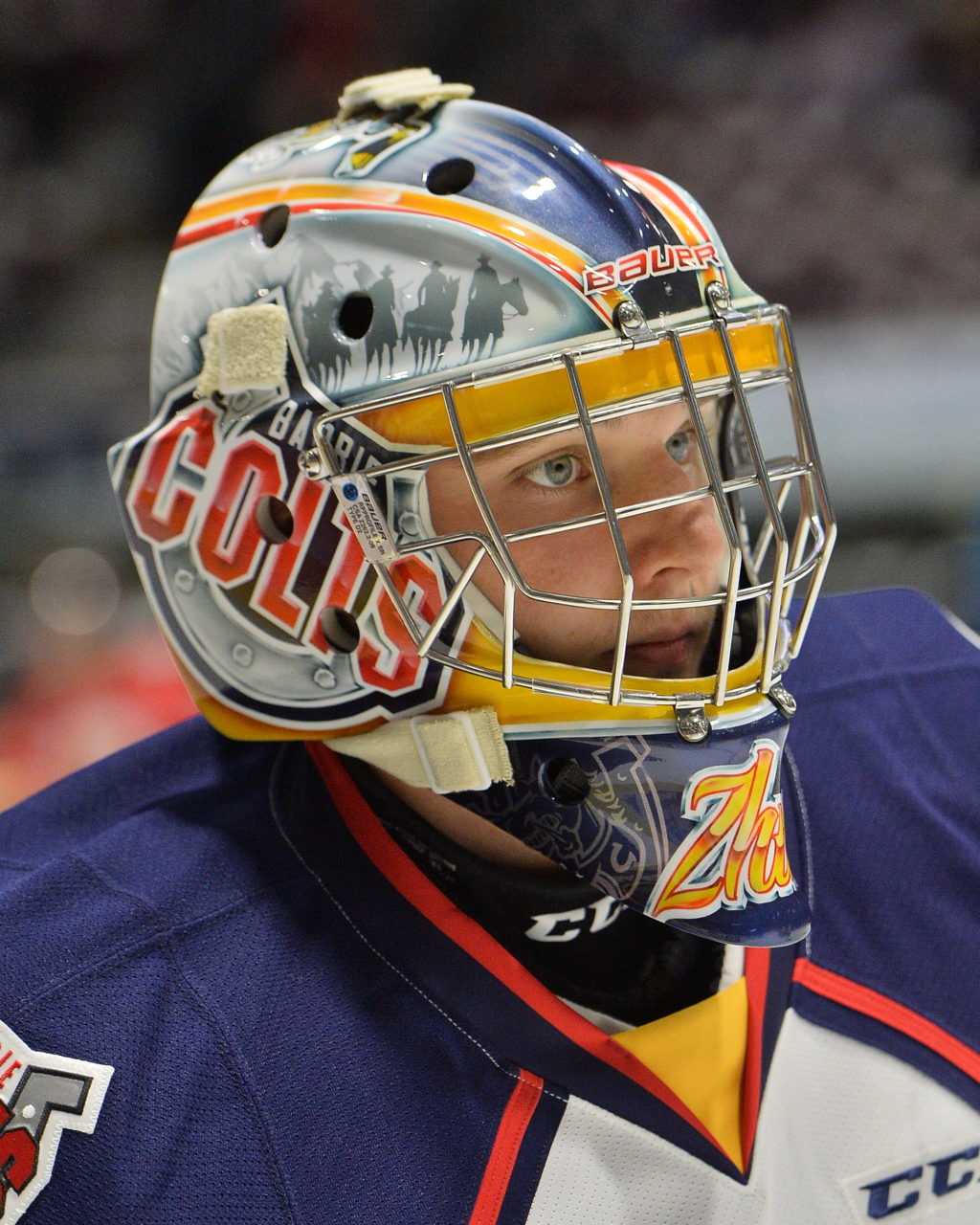 The Ottawa 67’s came into Barrie and continued their hot streak with a 4-2 victory over the Barrie Colts Saturday night.

The Colts were in tough coming off a game that got away from them in Guelph on Friday, they welcomed the leagues top team to the Barrie Molson Centre in the Ottawa 67’s.

The home club got off to a great start peppering the 67’s netminder but were unable to solve him as they lit up the shot category with 10 shots in the early going.

It was the visiting team from Ottawa that would light the lamp for the lone goal in the opening period.  Kody Clark was sprung on a breakaway and made no mistake beating Maksim Zhukov glove side for the games opening goal.

In the second period it was Zhukov making some big stops to keep his club in a tightly checked game. Ottawa was able to solve him again though as Austen Keating was able to poke a rebound home for the 2-0 lead.

Barrie was rewarded with a late power play and coach Dale Hawerchuk called a timeout knowing it was crucial time in the game.  It paid off as Jason Willms put home a rebound with 0.2 seconds on the clock cutting into the lead, heading into the final period.

In the third period the 67’s would collect the winning goal when Sasha Chemelevski tucked one in on a breakaway to give Ottawa the 3-1 lead.

With just under two minutes to go Barrie’s Lucas Chiodo was wide open on a three-on one and finished it off to cut the lead to one, but an empty net goal just moments later sealed the win for Ottawa.

Barrie is back in action next Wednesday when they head to Hamilton to take on the Bulldogs for a morning school day game.  Puck drops at 10:30 in Hamilton.  You don’t have to wait that long to watch your Colts though as Ryan Suzuki will be taking part in game 4 of the CHL vs. Russia series in Oshawa Monday night.