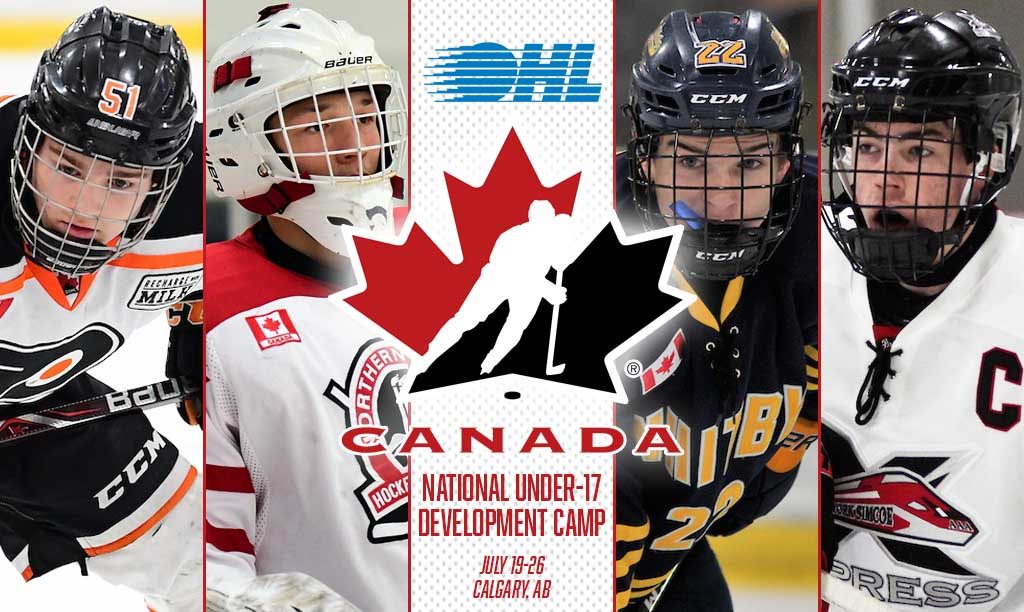 While much of the hockey world is on offseason hiatus, Hockey Canada head scout Brad McEwen and his team of dedicated talent evaluators will be spending plenty of time at the rink, tasked with identifying the players who will construct the rosters of its three national programs, beginning with the 2019 World Under-17 Hockey Challenge.

This week, 112 CHL prospects head to Calgary to take part in Hockey Canada’s national under-17 development camp, a seven-day session that includes fitness testing, classroom studies, and on- and off-ice training, in addition to nine intrasquad games spread over three days. Tournament play is then scheduled for Nov. 2-9 in Medicine Hat, Alta., and Swift Current, Sask.

By the numbers look at the first 112 @HockeyCanada invites from coast-to-coast with players representing 53 of our 60 teams.

The process, however, began much earlier, when McEwen and his team at the Program of Excellence initially earmarked 112 invitees – 46 from the Ontario Hockey League, 41 from the Quebec Major Junior Hockey League, and 25 from the Western Hockey League – for this year’s development camp, with February’s Canada Winter Games serving as the starting point, while other regional events like the Western Canada U16 Challenge Cup, the OHL Gold Cup, and the QMJHL Gatorade Excellence Challenge also offered players an opportunity to impress talent hawks.

“Those are our primary evaluators because pretty much all the top kids are there and go through that process,” McEwen told the Canadian Hockey League. “That is kind of how the process evolves, then we put all our information together at year-end when we meet at the Memorial Cup with all of our regional scouts. We work away at it and whittle it down to 112. It’s quite a challenge but I think our process is really good.”

For coverage of Canada’s National Under-17 Development Camp visit hockeycanada.ca.