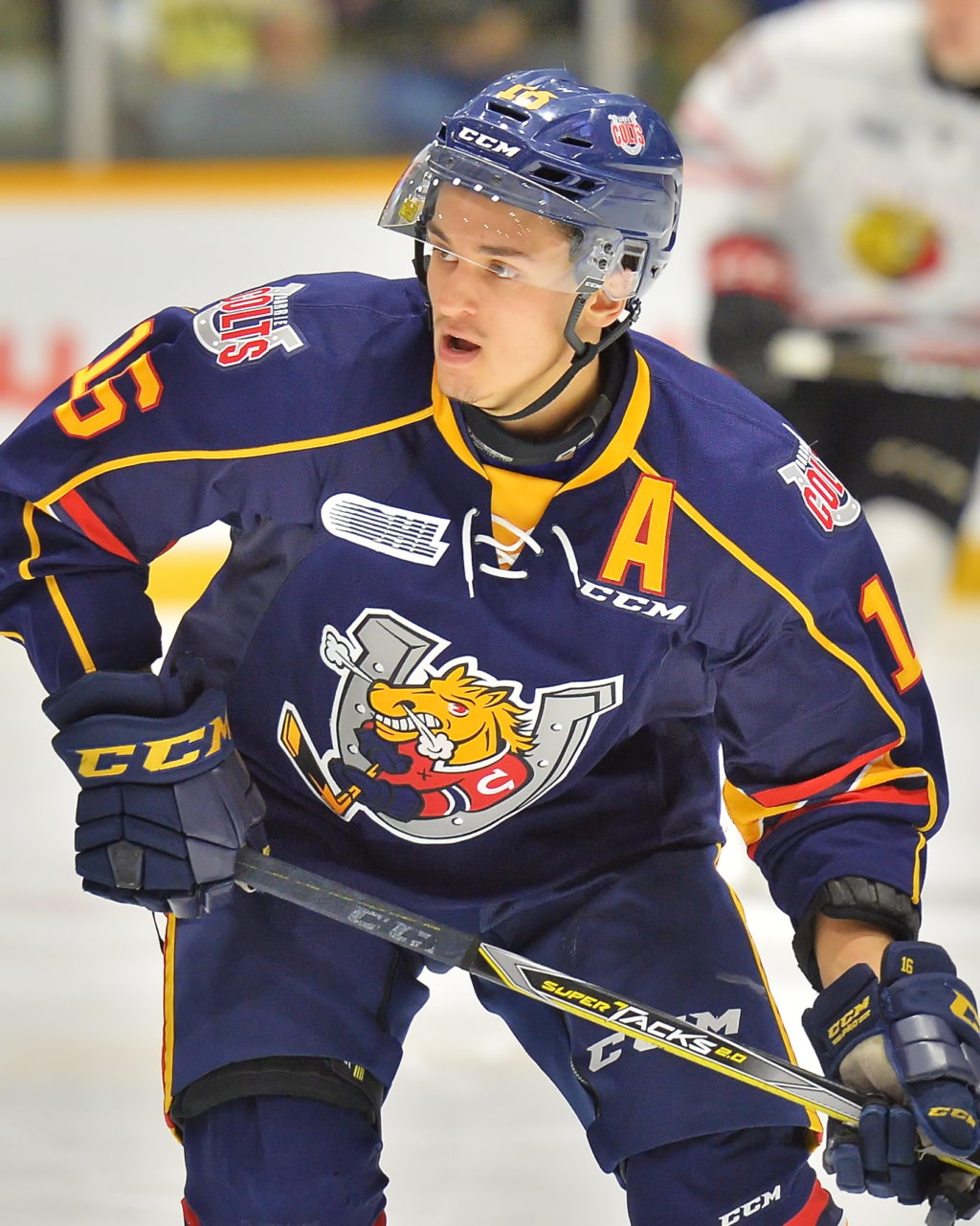 A third period comeback brings the game to a shootout where the Colts steal two points in a 4-3 victory over their highway 26 rivals.

On a cold chilly night in Owen Sound the Barrie Colts would head down highway 26. Not only was it the first of a home and home between the two teams on New Years Eve weekend, but it was the first regular season matchup between the two Suzuki brothers. Nick Suzuki of the Attack facing off against his younger brother Ryan Suzuki of the Colts who was drafted first overall in this past years OHL Priority Selection.

This was the second game since being back from the holiday break for Barrie after winning at home Thursday night vs. the Sudbury Wolves to extend their winning streak to 4 games.

The two teams met up earlier this month in Barrie with the Colts taking that one 6-4 on December 14th, where Andrei Svechnikov recorded a hat-trick.

After a very sluggish start the Colts were rewarded with a powerplay on a bad penalty taken by the Attack.

On the man advantage it was T.J. Fergus taking a shot from the point and it was Jason Wllms sitting in front to bang home the rebound to open the scoring. Aaron Luchuk inched closer to the OHL point lead by picking up the second assist on Willms’ 19th of the season.

The goal didn’t really change the momentum into Barrie’s favour. The Attack kept pressing and were eventually rewarded. Matthew Struthers was able to manage a bit of room and snapped one past Kai Edmonds from the top of the circle to tie the game at one.

Owen Sound would continue the pressure until the end of the period and if it weren’t for the play of Edmonds, Barrie may have found themselves in a hole but it remained tied at the horn.

The second period would begin the same way the first would end, with Owen Sound pressure. They were rewarded early on. Alan Lyszarczyk would give the Attack their first lead of the game as he redirected a point shot past Edmonds to make it 2-1.

Midway through the frame it was Owen Sound striking again. This time on the powerplay it was Suzuki firing a shot along the ice before Sean Durzi tipped it past Edmonds and into the back of the net for the 3-1 lead.

Barrie wanted to make sure they got off to a better start to begin the third and they did. Just thirteen seconds into the period off a faceoff win it was Tyler Tucker slamming one home to cut the Owen Sound lead to 3-2. Ben Hawerchuk picked up the lone assist. The goal was Tucker’s 1st of the season.

Barrie would keep the foot on the gas pedal. After scoring the game winning goal on Thursday against the Sudbury Wolves it was Hawerchuk getting the tying marker in this one. He was able to slide the puck in between the pads of Olivier Lafreniere. Joey Keane picked up the lone assist on the tying goal.

The scoring would stop there and send the game to overtime.

In the extra frame, the best chance came to Barrie where Zach Magwood would get the puck and was forced to his backhand but was denied in the slot which would send this game to a shootout.

The win marks the fifth straight victory for the Colts. These two teams are back in action against each other tomorrow night back in Barrie for the annual New Years Eve game at the Molson Centre. Puck drops at 7:30pm.